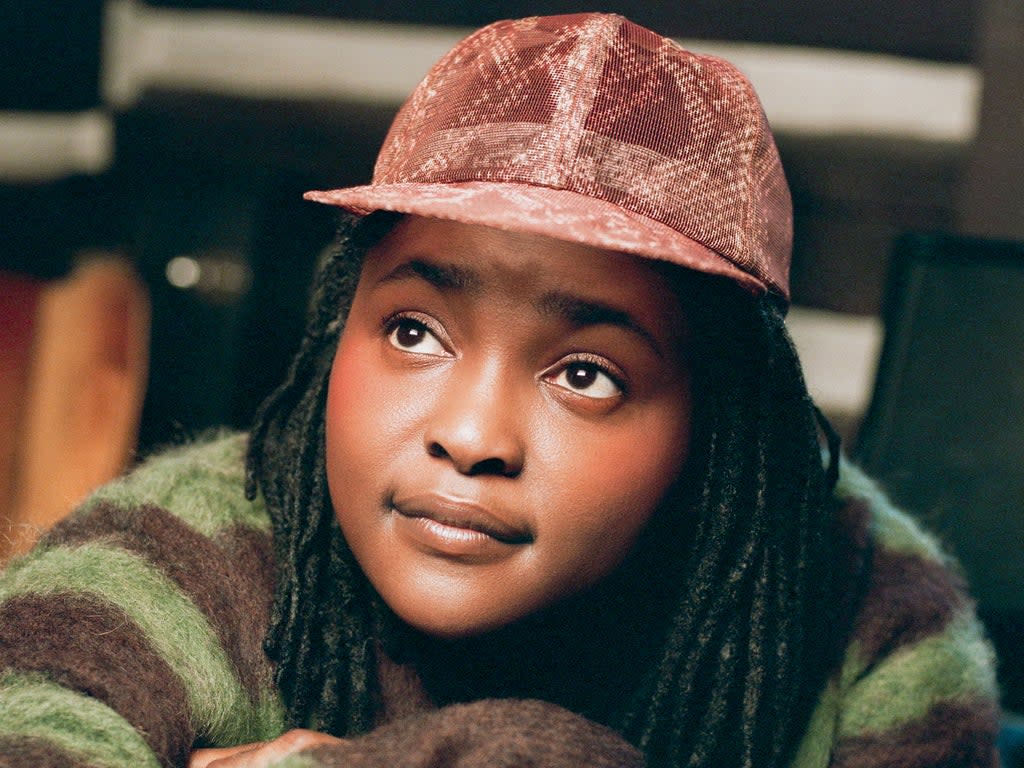 For decades, West Hollywood’s Troubadour has been where singer-songwriters come to cut their teeth. The legendary venue has played a crucial role in the rise of artists like Carole King, Jackson Browne and Elton John, and tonight it’s Joy Oladokun’s turn to take center stage. It’s not an opportunity the 30-year-old is taking lightly. Bathed in the spotlight, she begins to talk about a song she wrote the day after the murder of George Floyd.

“No country in the world kills as many of its citizens as we do,” she says, before pointing out that she was born in 1992, the year Los Angeles was rocked by riots sparked by police brutality. Three decades later, the same old sectarianisms persist. No wonder Oladokun felt emotional capturing the moment to music. “It’s the best way I know to heal the world, and that’s why I do this work,” she tells the audience. “To make this world a better place for people like us and people who aren’t like us.” With that, she launches into an incendiary version of her insightful single “I See America,” interpolating the crisp riffs and moaning lyrics of Nirvana’s “Smells Like Teen Spirit” to create a monstrous mash-up that rings out like a scream of frustration resonating through generations.

It’s a jaw-dropping moment in a show replete with it, and one that Oladokun realized may receive a very different reception depending on where she’s performing in the United States. “There was a show I played at the Ryman in Nashville where a guy booed me and walked out when I had just pitched the song,” she recalled, talking to me on the phone from her tour bus somewhere in “Pennsylvania-ish”. Needless to say, this experience didn’t deter Oladokun from speaking his truth. “You might want me to sing pretty love songs,” she says, “but as an artist, there are things I need to talk about.”

Oladokun was born in Delaware, the daughter of Nigerian immigrants and the first member of her family to be born in the United States. They moved to Casa Grande in Arizona when she was still young, a rural community she remembers as “cows and cotton in the middle of nowhere.” As a quiet and shy child, she lost and found herself in her father’s vast record collection, which ranged from the great Nigerian guitarist King Sunny Adé to country stars such as Johnny Cash and Conway. Twitty as well as African-influenced 80s pop. Phil Collins and Peter Gabriel. Onstage at The Troubadour, she joked that at an uncertain point in her career, she sat down trying to figure out, “How can I become the Black Bruce Springsteen?” The Boss is another longtime inspiration, admired by Oladokun for his versatility as much as his longevity. “He’s someone who can release all genres of music,” she says appreciatively. “He’ll collaborate with Bon Iver on one song, then release a full E Street Band record.”

Likewise, Oladokun is adept at drawing on musical influences ranging from country to grunge and marrying them with lyrics that probe the inner workings of the human heart. On “Jordan,” one of the standout tracks from his major label debut in 2021 In defense of my own happiness, she sings about her Christian upbringing and finding her own path to faith as a queer woman. She tells the Troubadour that the song was inspired by wondering, “How can God give af*** that I like kissing girls?”

Through his unflinching honesty, Oladokun has built a large and inclusive following that brings together fans from all walks of life. “When I look out into the crowd, I see a lot of people who look like me and like me, and a lot of people who don’t look like me,” she says. “I try to be myself unapologetically in hopes that people who might not necessarily want to engage with me because of who I am or the way I live can see how much we have in common. If I’m writing about feeling lonely as a kid it’s relatable no matter where you’re from or what you look like I think if we can learn to be more aware of the feelings of the other, it could be a kinder, cooler world.

Now based in Nashville, among a community of fellow songwriters, Oladokun is currently hard at work on a new album that she says will feature guest appearances from some “dream” collaborators. Her latest single “Purple Haze”, which she recently debuted on The Late Show with Stephen Colbert, was written in Los Angeles as wildfires raged nearby, filling the sky with smoke and turning sunsets purple. “I’m a Jimi Hendrix fan and stoner!” she laughs, explaining that the title nods to both Hendrix’s signature song and a potent cannabis strain of the same name.

It’s a beautiful, lyrical song that contrasts the endlessly depressing news cycle — “I’ve seen the waters rise and strong men fall” — with the possibility of finding solace in romance and fellowship. “It’s quite interesting to be someone trying to deal with deep emotions right now,” says Oladokun. “There is a lot of fear, frustration and confusion about the future of the world as we know it. I think the day I wrote “Purple Haze” I was in that space but I wanted to do something really beautiful and simple and about what’s good in life, which is to say the love, I think. By capturing this complicated feeling, she created a song that any of the great singer-songwriters would be proud of; the soundtrack to a kinder, cooler world.