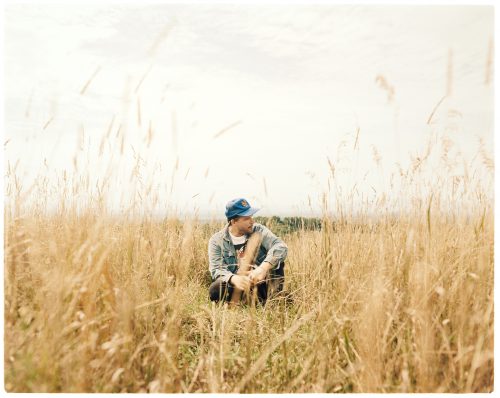 There are several types of Wild Pink shows: the solo, more low-key sets, and what the New York band will bring to Karl Hall in Wilkes-Barre on Thursday, April 28.

“On this tour in April, we’re going to be a trio, and it’s definitely going to be a little louder and louder than a typical Wild Pink show,” said the band’s John Ross before embarking on the series of dates, which will end in northeastern Pennsylvania. The Karl Hall show will be opened by locals Noxen and Joe Burke and Co.

Despite forming just seven years ago, the band have plenty of material to draw from for their sets: three full albums, a handful of EPs, and a few new standalone singles.

In February 2021, Wild Pink released “A Billion Little Lights”, their third album. Looking back a year, Ross said, “I kind of go back and forth on that.”

“I feel like it took so long to come out, that by the time it did, I had progressed a bit,” he explains. “But there are songs in there that I feel good about and like to play live. I would say I feel pretty good about it – some things I would have done differently, but whatever.

“A Billion Little Lights” was the follow-up to 2018’s “Yolk in the Fur”, the band’s second album which was named one of the best albums of the year by online outlets Stereogum, The Wild Honey Pie and Uproxx. We asked Ross if the praise puts pressure on him to do the next one.

“I mean, sure, a little bit,” he said. “It definitely made me want to make another record as soon as possible. … After ‘Yolk in the Fur’, it took three years for ‘A Billion Little Lights’, a kind of strange mixture of hurry and expectation, and it was for several reasons. Obviously, the pandemic was important.

Wild Pink’s freshest material comes in the form of two new singles: “Florida,” released in December, and “Q. Degraw,” released two weeks ago. While much of the indie rock and folk that’s been part of the band’s sound since day one are part of the new songs, especially “Florida,” there are some new flavors as well.

“I think since [‘A Billion Little Lights’] came out, I was inspired by people who are more contemporary. I would be hesitant to use the word peers, because I think they’re all crazy, extremely talented,” Ross said. “People like Ryley Walker and Yasmin Williams. I took a lot of inspiration from them, especially the way Ryley makes records.

Another artist Ross has worked with and drawn inspiration from is the Chicago band Ratboys.

“The Ratboys are probably #1 for me in this because I just think they’re obviously amazing, really great people, and we’ve done a handful of tours together,” he said. “Again, Ryley Walker, he took us out just before the pandemic. He has become someone I really admire musically. Tim Showalter from Strand of Oaks, we opened for him and he’s definitely been a bit of a mentor. I would say that when it comes to the bands we’ve toured with, Yasmin Williams is quite inspiring, and Julien Baker.

Just days after the end-of-tour set at Karl Hall, Ross will set off on another Wild Pink run, this time solo. It will be the support act for The Antlers on 25 dates starting May 2 in Hamden, Connecticut, and will include shows at Music Hall in Williamsburg on Wednesday, May 4 and First Unitarian Church of Philadelphia on Friday, May 6. . Ross is a fan of Peter Silberman’s band, but he’s seeing them for the first time on his tour.

“His style of softer vocal delivery, with kind of beautiful ornate songs, is kind of something I really yearn for,” he said.