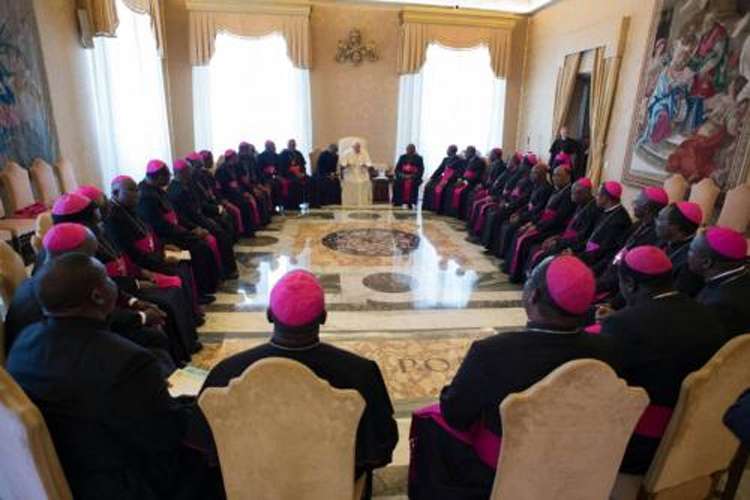 In an unprecedented action, the Catholic Bishops’ Conference of Nigeria, CBCN, has indefinitely suspended the activities of the influential Knights of St. John International, KSJI, in Nigeria.

The suspension is a consequence of the leadership crisis that has engulfed the Order.

The RCCS said it does not recognize the new leadership because apart from the fact that there has been no real reconciliation despite numerous interventions by His Lordship, Bishop Michael Akpochi, the members of KSJI have not adhered to the guidelines given to them by the CBCN. during his conference in Enugu.

The suspension statement reads as follows:

“The CBCN appreciates the efforts of Bishop Michael Apochi in handling the crisis of the Knighthood of St. John’s International. His sacrifices and tireless efforts to work for peace within the order are well noted with gratitude.

“The Bishops of Nigeria are aware of the elections held and the new leadership team put in place within the KSJI.

“The Bishops, however, do not recognize these elections on the basis of the following: directives given to the CBCN in Enugu calling for reconciliation between opposing parties within the order were not followed; regulations submitted to CBCN have not yet been approved.

“In light of the above, the Bishops call for a concerted effort towards reconciliation. This should be undertaken by KSJI members themselves (without episcopal oversight). Let the past be buried forever.

“All aggrieved members should be called to the reconciliation table. CBCN must be duly informed that a true and genuine reconciliation has been achieved. It is only on this basis that the CBCN can begin to take steps to recognize the elections held.

“In the meantime, the CBCN has declared an indefinite suspension of the KNIGHTS OF ST. JOHN’S INTERNATIONAL at the national, provincial, diocesan and parish levels. Said suspension will be in place until the bishops are satisfied that the order has indeed achieved a genuine reconciliation.

“The Bishops unequivocally call for a spirit of humility, honesty and mutual forgiveness among and within KSJl members.”