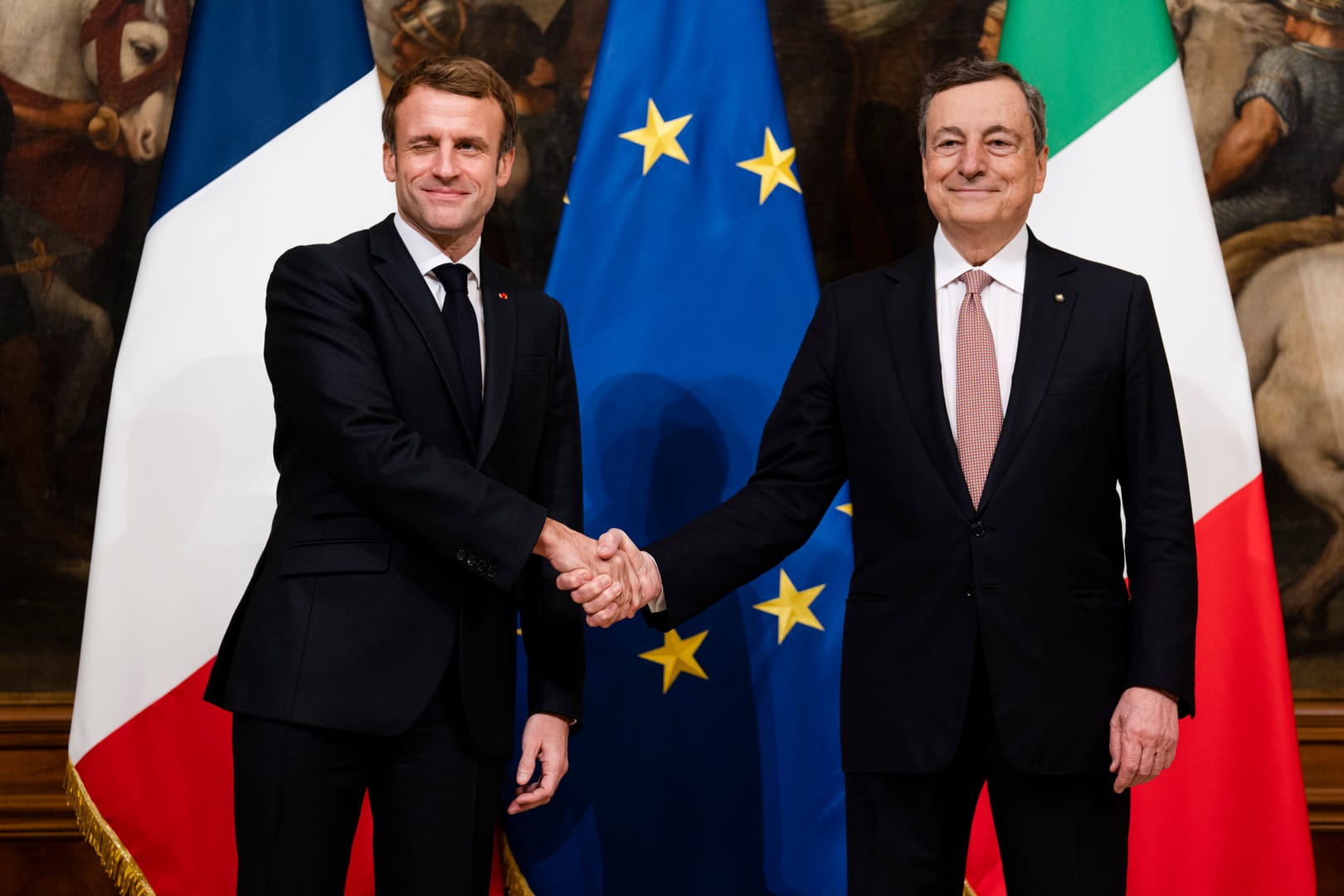 ROME – In the abstract, one would think that Italian Prime Minister Mario Draghi, nicknamed “Super Mario” in homage to the classic video game, should today be virtually invulnerable politically.

Draghi, 74, was the strongest European leader in Ukraine and, in the absence of Germany’s Angela Merkel, is now arguably the European Union’s most respected leader. He pushed through an ambitious COVID-19 stimulus package and gave Italy the stability it so often lacks.

Despite all this, Italian politics has a great tradition of snatching defeat from the jaws of victory, and its government is now on the brink of collapse. As one commentator put it on Friday, it seems once again the “suicidal instincts” of Italian politics are kicking in.

Ironically, the architect of chaos is a former Prime Minister who, on the contrary, is even more Catholic than Draghi – Giuseppe Conte, who led Italy at the start of the COVID crisis, and who is a faithful of Padre Pio with a Capuchin uncle who was once an assistant to the famous mystic and healer.

As always, Catholics have a particular interest in the Italian situation, since the Vatican remains a quintessentially Italian enterprise and Italian realities exercise an outsized influence in shaping the perceptions and instincts of the Church’s ruling class.

Although the situation is usually convoluted, here is the gist.

Draghi, a former president of the European Central Bank, took power as prime minister in February 2021 with the support of a broad coalition including left-wing and right-wing parties. An important member is the Five Star movement, a left-wing populist party now led by Conte, although in open rivalry with Draghi’s foreign minister, Luigi Di Maio. Behind the scenes, the Five Stars are also heavily influenced by the movement’s founder, a 73-year-old former comedian and actor named Beppe Grillo.

The Five Stars have seen their poll numbers plummet and now seem to feel the need to assert a more progressive profile independent of the current government. Recently, Grillo said that if the movement doesn’t listen to its base, it will be… well, Node I can’t quite translate the profanity he used, but believe me, it was powerful medicine.

On Thursday, Italy’s Senate held a vote of confidence in Draghi on a proposed measure to tackle soaring energy prices. Led by Conte, the Five Star movement had demanded greater borrowing to help citizens meet rising costs, and had also opposed, on environmental grounds, a plan to allow Rome to build a huge garbage incinerator to help deal with the city’s notoriously trash-infested streets.

“I believe that in the current scenario, the more stable a government, the better it will be able to respond to the many challenges we face,” Parolin said in response to a reporter’s question at an event at the Italian Embassy to the Holy See. Wednesday.

Parolin called on all parties to “work together without dividing”.

Ultimately, however, Conte ordered the motion’s senators to stand down, thus boycotting the motion of confidence. Draghi got more than enough votes even without them, but following the defection he declared that his coalition no longer existed and as such he could not continue.

Draghi tendered his resignation Thursday evening to Italian President Sergio Mattarella, who quickly refused it and ordered Draghi to return to the legislature next Wednesday to see if his majority, or one similar, can be recomposed.

As for what happens next, anyone can guess.

The Five Stars could vote to support Draghi on Wednesday, despite their differences, thus reconstituting Humpty Dumpty, although no one is sure for how long. Or, Draghi might survive without them, but so far he has seemingly made it clear that he has no interest in leading a narrow majority without the political clout to push through his agenda.

If Draghi steps down, Mattarella could appoint an interim prime minister to try to lead the country until elections in 2023, though that person would have to cobble together a majority in parliament. Failing that, Italy may again have to hold a snap election, which appears to be the wish of at least some of the country’s most influential conservatives.

While waiting for the next act, two observations from a Catholic angle.

First, it will be interesting to see if, and how, Pope Francis and his team react.

On the one hand, Draghi has strong Catholic credentials and is esteemed by Francis’ inner circle. Of course, no one on Team Francis wants a return to power of Matteo Salvini, the leader of the fiercely anti-immigrant Lega party and the Italian black beast of this papacy. Should the centre-right win in a snap election, Salvini would likely have a role to play in the new government.

Yet the Five Stars are precisely the type of progressive populist movement that Pope Francis endorses. Moreover, Conte’s position on Ukraine is, in some respects, closer to that of Francis than to that of Draghi. Conte opposed the flow of arms into the conflict, calling it a “rearmament race”, and warned that more money for defense would mean less for Europe’s “green transition”. He called for a negotiated political settlement in Ukraine, which also takes Russia’s interests into account.

In other words, if Francis chooses to take sides, it’s not entirely clear where he might fall.

Second, the unfolding Italian drama also provides food for thought on the role of the laity both in politics and in the church.

Since the Second Vatican Council, strengthening the role of the laity, including women, has been a constant theme of Catholic life, and never more so than under the papacy of Francis. These demands have also been reinforced by the clergy sex abuse scandals, one of the defining features of which has been the danger of the clergy making decisions in isolation.

While there are all sorts of reasons why greater lay inclusion in church decision-making is a much-desired outcome, the current Italian drama offers an important caveat.

Almost everyone involved in the current episode of fratricide are lay Catholics – certainly with varying degrees of faith and practice, but they identify as Catholics and claim the social teaching of the Church as their source of inspiration. Yet they are also at each other’s throats, threatening to plunge the country into chaos despite a vast European war, a deteriorating economic situation, the lingering threat of COVID and the fact that even acts of Routine governance, such as garbage collection and repairing potholes, seem somehow impossible.

Admittedly, fiddling while Rome burns has a great historical pedigree, but still.

In other words, if anyone thinks that simply empowering the laity will invest the church with greater unity of purpose or greater clarity of direction, Italy suggests you would want to think again… the laity will have a gigantic advantage on the pitch.