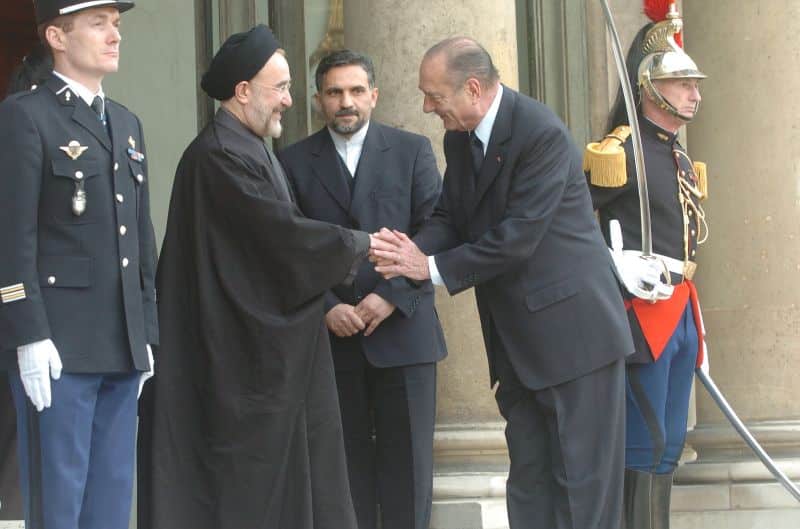 Iran-Belgium prisoner swap treaty has sparked global outrage as it may lead to the release of the diplomat-terrorist jailed in Tehran Assadollah Assadi.

Assadi was apprehended in 2018 with three accomplices who unsuccessfully plotted to bomb the Iranian opposition rally in France.

If and when the treaty is adopted, it would facilitate the repatriation of Assadi, in exchange for Belgian nationals held hostage by Tehran.

While Brussels tries to cover up this ill-advised treaty with Tehran by citing humanitarian concerns, it seems that this agreement has economic interests not only for Belgium but also for other countries, notably France.

“This treaty seems to lead to the release of one or more dual nationals and French hostages in Iran. But beyond this deal, the Europeans are trying to facilitate profits from Iranian oil and gas,” Persian-language site of Radio France International (RFI) written on July 1.

Politico also pointed out this factstressing that this treaty “comes as European leaders panic over energy prices and are increasingly keen to restore relations with Iran in the hope that the Islamic Republic can resume its role as a major energy supplier. oil and gas”.

Sacrificing human rights and other democratic values ​​that Europe has long cherished could set a dangerous precedent, but is this the first time?

France, apparently the main driver of the Iran-Belgium treaty, according to observers, has suffered greatly from terrorism, but apparently has not learned from the past.

Since 1980, France has become the land of itinerant regime terrorists. In 1982, Lebanese terrorist Anis al-Naqqash was caught in the act of assassinating the Shah’s last prime minister. In 1982, Tehran-backed Lebanese Hezbollah abducted 106 foreign nationals, including 16 French citizens, in what it called the years-long “Lebanon hostage crisis”. This crisis came shortly after terrorist attacks by Tehran proxies in Beirut killed 241 Americans and 58 French.

Between 1985 and 1986, two terrorists, Fouad Ali Saleh and Lofti Ben Khala, and their group carried out several terrorist attacks in France, killing 14 people and injuring hundreds. The two terrorists were arrested in 1986 and admitted to having been in close contact with the Iranian Ministry of Intelligence and Security (MOIS) and the Revolutionary Guards (IRGC).

To obtain the release of its hostages, Paris preferred appeasement to firmness and began negotiations with Tehran. He accepted the Iranian regime’s demands to put pressure on the Iranian opposition in France. But that didn’t stop Tehran from wreaking havoc in France.

In 1987, evidence confirmed the role of the Iranian Embassy in France and its so-called translator, Vahid Gorji, in the attacks, prompting Judge Gilles Boulougne to issue an arrest warrant against Gordji. Gordji takes refuge in the embassy and is put under surveillance.

Meanwhile, in Tehran, the IRGC arrested a French diplomat and surrounded the French Embassy in the Iranian capital. After months of negotiations, Paris surrendered to Tehran’s extortion and allowed him to leave France.

It was later revealed that Charles Pasqua, who was negotiating with the Iranians over the fate of the French hostages, offered to trade Gordji for the Frenchman.

Paris’ weak approach to Tehran’s terrorism encouraged the regime to go so far as to attempt to bomb the 2018 Iranian Resistance gathering in the heart of Paris. Timely action by European security services averted the deaths of thousands of people, including high-profile dignitaries on both sides of the Atlantic and beyond.

It seems that Western powers, especially European governments, have learned nothing from the past. Winston Churchill once said, “A tranquilizer is one who feeds a crocodile, hoping that he will eat it last.” Europeans must be assured that the mullahs will not wait too long to inflict more suffering across the green continent while enjoying impunity.