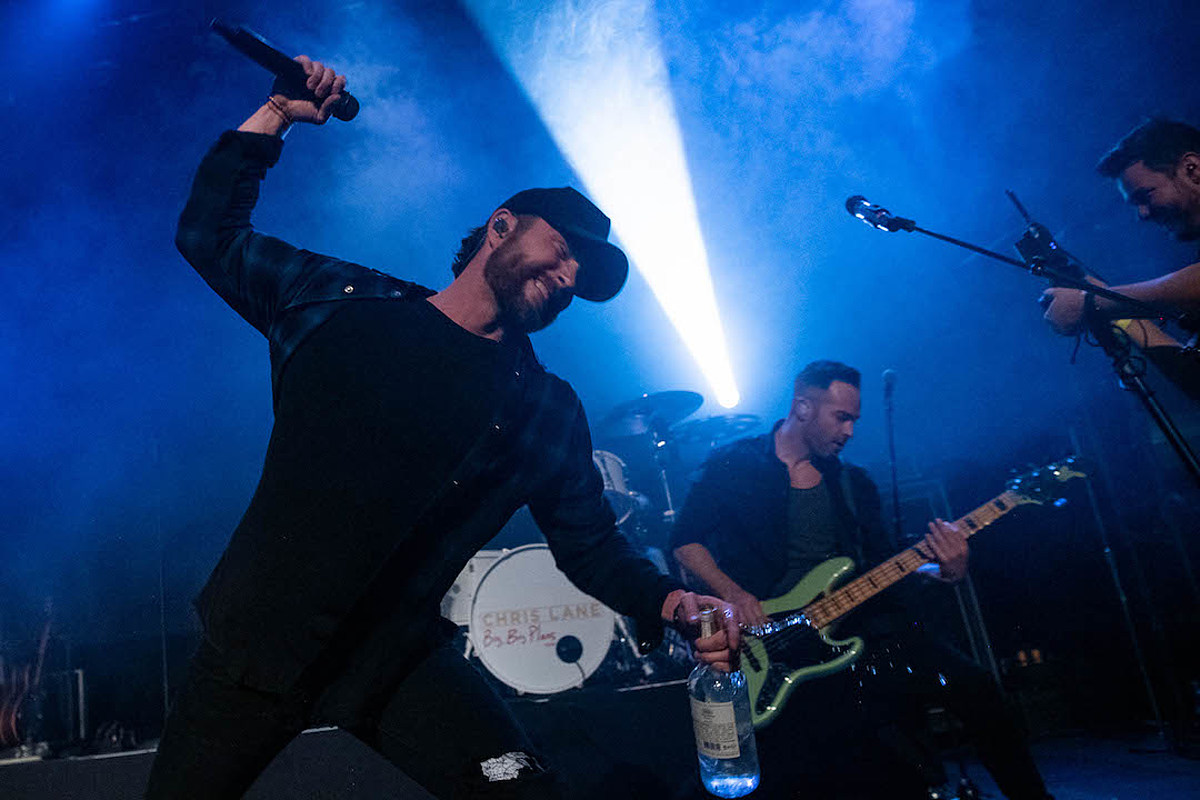 Chris Lane hit the road for another leg of his Fill Them Boots tour earlier this month, bringing with him a completely revamped setlist.

“I’ve created a new show,” Lane told Taste of Country before the tour.

“It’s always so much fun for me, and I feel like that’s what I’m strongest at is coming in and creating a show and putting it on,” he continues. . “I always have so much fun putting on a show and then going out and doing it.”

The singer is full of fresh ideas and inspiration after completing the first batch of his own headlining dates late last year and hitting the road with Kane Brown in 2021. He’s a labor of love for Lane, who says it’s when he’s on stage that he reaps the rewards of all the hard work he puts into perfecting his musical craft.

“As an artist, hearing people sing your songs is the best part of everything,” Lane says. “You create it, you take it in the studio, you record it and then release it, and when you get a good reaction and you hear people singing it, it’s the best thing in the world.”

This love shines through in his performances, as he is often most creative when working live. During the 2019 shows of his Big, Big Plans Tour, for example, he filmed live videos, such as his “Take Back Home Girl” performance in Chicago. These videos proved useful: The following year, the touring industry came to a screeching halt during the COVID-19 pandemic, and these videos proved to be a way for Lane and his fans to revisit the joy of live music.

Given all of this, it’s no surprise that he’s a big fan of live albums, or wants to release his own one day.

“Oh my God, I love live albums,” he exclaims. “I feel like I listen to Kenny Chesney’s live album all the time. Or, Jimmy Buffett does a lot of live stuff. Every time an artist puts out a live record, I’m like, ‘Man, I want to do that one day.'”

But in the meantime, there are more pressing matters to attend to, like rolling out his next musical chapter. Lane recently shared a new song called “Stop Coming Over” — a love song he says reminds him of the energy and pun of his previous hit, “I Don’t Know About You” — which is the latest in a string of point releases he’s shared over the past year. Along with “Fill Them Boots”, the song that gives Lane’s tour its name, he also released “Ain’t Even Met You Yet”, a song for his then-unborn son, as well as the nostalgic “Summer Job Money” and the tender “That’s what moms are for”.

Is all this new music being built on an album? May be. But Lane says that’s not his goal right now. “I told my team that I wanted to take a different approach and release as many songs as possible, instead of tying them to a record and having to stay there for a while,” he says.

“I think when you put out 10 or 12 songs at the same time, sometimes a good song can get overlooked because people’s attention span is, I feel like, a lot shorter these days than it seems. was before”, continues the singer. “So I don’t mind that approach, just releasing one song at a time and letting people get used to it.”

For example, “Stop Coming Over” was released in December 2021. This will give the song just enough time, Lane hopes, to become a favorite by the time fans see it at his Fill Them Boots shows.

“At the start of the tour, [it was out for] a little less than a month,” he points out. “I’m interested to see if people know about it and sing along to it, just like they did with ‘Big Plans’ and ‘I Don’. ‘t Know About You’ and ‘Take Back Home Girl.'”

Here are the 50 best summer country songs of all time: