The St John’s Voices is a mixed voice choir from Cambridge and I’m their new number one fan after this TikTok.

I suspect that at least one of them is the man himself, Louis Theroux.

The video was captioned: “”we finished the psalter a bit earlier this year so we had to branch out…non tinnit pecunia mea”.

The Latin part of the caption loosely translates to “…my money don’t ring/wave”.

Who said Latin was a dead language? Certainly not the St John’s Voices choir.

I’m usually not a big fan of church choirs, but these absolute artists have just won me over.

Here I was listening to top 40 bullshit when I could have been listening to REAL music. My life has been a complete lie up to this point.

As you’d expect, the comments section of the video is a real goldmine. I guess music is really a force to bring people from all walks of life together for a huge banger. 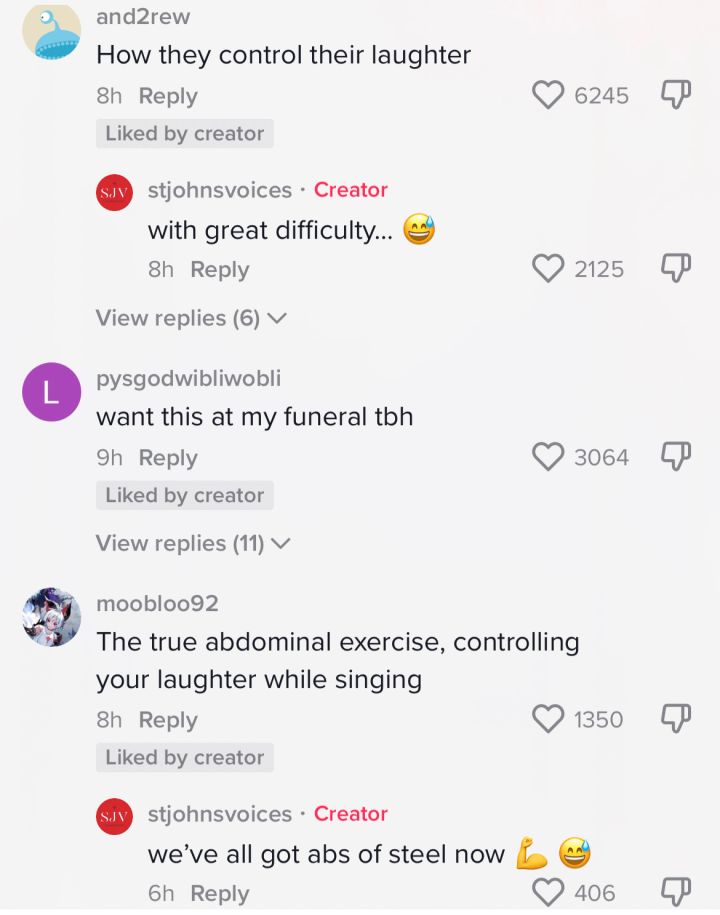 “Imagine people 10,000 years from now hearing this and trying to interpret the words without any context,” wrote a new fan.

“Yes, as the Gospel says ‘you must not tremble, it must fall back’,” said another before a final one wrote “I want this at my funeral tbh”. Same, man. Same.

I like the idea that Louis Theroux, arguably one of the best documentary filmmakers of our time; will be known by this generation for his viral rapping.

It is imperative for the destiny of humanity that he hears this work of art.