WITH tears rolling down her cheeks, Cde Perseverance’s aunt Sindiziba Mazinyane continually pleaded with her niece on her knees as she tried to convince her to return home after buses were sent by the Rhodesian government to collect them from Botswana .

The appeals fell on deaf ears as Cde Mazinyane, then 17 years old, had made a firm decision to join the liberation struggle. Cde Mazinyane (62) from Mapati in Gwanda District, was among a group of about 400 students from the Manama Mission in Matabeleland South who risked their lives to join the liberation struggle in January 1977.

The Manama mission incident was the most dramatic as the Rhodesian government alleged that the learners were taken away at gunpoint and forced to march to Botswana.

The students and their teachers trudged through the perilous bush in the company of their teachers, Cdes Obert Matshalaga and Paulos Matshaka under cover of darkness.

This was after a group of guerrillas from Zipra visited the school to recruit students to join the liberation struggle. It was January 1977, days into a new school term, when students under the stewardship of Zipra guerrillas crossed the Shashe River into Botswana to join the fight.

Prior to the Manama mission incident, the Zipra guerrillas had recruited a significant number of people from the village of Mapati where Cde Mazinyane, wife of retired Brigadier General Abel Mazinyane, came from. Among those recruited were Cde Mazinyane’s brother and cousins.

The recruitment had been done on Christmas Day in 1976 and the guerrillas had also hinted that they would do the same at Manama Mission.

“I was a member of the school choir and on that day, which was a Sunday in January 1977, we went to the Swereki area in the Beitbridge district. The Evangelical Lutheran Church, which ran the mission from Manama, was opening a new branch of the church in Swereki and we were supposed to perform at this ceremony,” said Cde Mazinyane.

“Throughout our trip to Swereki, we had boys singing revolutionary songs, which we didn’t know. We wondered where they knew the songs from.

Cde Mazinyane said later that evening that on returning from Swereki they were surprised when they found the school to be unusually quiet.

“The school bus first went to drop off the clergyman at his home. When we arrived at the pastor’s house, his wife immediately came running towards us and said ‘the situation is now tense, come into the house,’” she said.

“We got off and instead of going into the pastor’s house, we ran to the school. When we arrived, students preparing to go to evening prayers began to drop their Bibles as three guerrillas shouted “down, down”.

Cde Mazinyane said that for the first time in her life, she had thrown away her Bible.

“I vividly remember one of the guerrillas by the name of Basco barking orders at us. He was very active and some of our elders helped him organize the students as we prepared to leave the school yard,” she said.

She said one of the students helping the guerrillas was her brother’s son, Samson Mpapanga. “We immediately left the school yard and when we crossed the Tuli River it was getting dark. Shortly after crossing the Tuli River, we trudged through the bush and there were a lot of thorny trees in this forest,” said Cde Mazinyane.

“As we walked, some tripped and most of us lost our shoes. On the way, it rained a lot and we continued to walk.

They arrived at a store and guerrillas opened it and everyone looted food and shoes.

“Some fainted along the way, but we were determined to cross the border and liberate our country. Shortly after crossing the River Shashe, Rhodesian military planes started circling in the sky and we took cover,” Cde Mazinyane said.

“I remember one of my cousins ​​who was very heavyset was tired and she swore that she would not continue the journey, but the guerrillas persuaded her to continue until we reached the village of Gubajango at the Botswana.”

Cde Mazinyane said that when they arrived in Botswana, local villagers organized food for them.

“We were given isitshwala, which we ate with sugar mixed with water. While we were busy feasting, the Rhodesian planes started flying overhead and we took cover and hid under the trees,” she said.

“We stayed in this village until it got dark before continuing our journey. The Botswana Defense Force deployed their vehicles which transported us to Bobonong, and that night it rained heavily and we were soaked as we sat in the back of the trucks.

When they arrived in Bobonong, they were fed bread and milk and proceeded to Selibe Phikwe where they were offered to spend the night in jail cells.

The next morning the group was taken to Francistown where they stayed for around two days before buses carrying their parents were sent to Botswana by Rhodesian authorities to pick them up.

“The majority of us refused to return home because we were determined to liberate our country. My aunt who was sent to fetch me tried to convince me by saying that my mother was seriously ill to the point of death, but I refused to take her home and told her that I would see my mother after the war” , said Cde Mazinyane.

“My aunt cried and I looked at her helplessly as she tried to convince me, but it didn’t work because I had decided to join the liberation struggle, come rain or shine. .” In Francistown, the Botswana authorities gave them the option of joining ZIPRA or ZANLA and the majority of them went to the ZIPRA section of the camp.

From there they were flown to Zambia and taken to Nampundwe transit camp.

“In Nampundwe camp, life was not easy and we were given a blanket which we shared in groups of six. I remember every morning they would whistle from 3 a.m. to signal the start of routine exercises and we would wake up and start playing toyi,” Cde Mazinyane said.

“After exercise, we ate porridge and there were no plates, so we used tree bark or leaves as containers. The conditions were harsh and I remember at one point my cousin who was in first grade when we left school considered killing herself by trying to jump into the river, saying she couldn’t not continue. 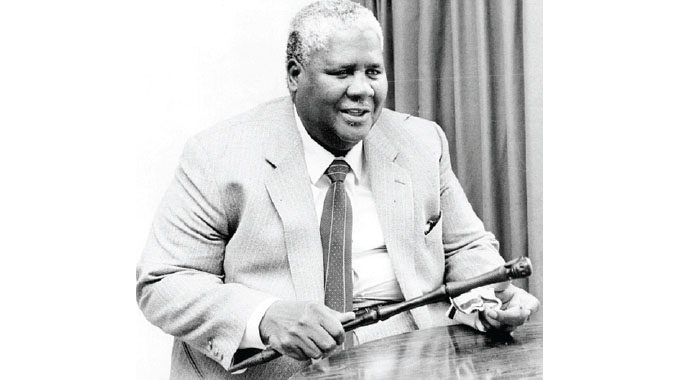 The late Vice President Dr Joshua Mqabuko Nyongolo Nkomo visited the camp to see the new recruits and addressed them.

“A few days later we were transferred from Nampundwe and taken to Victory Camp and we were the first group to open the facility,” she said.

She and her fellow Manama students and other liberation fighters fought a war that led to the country’s independence in 1980.–@mashnets