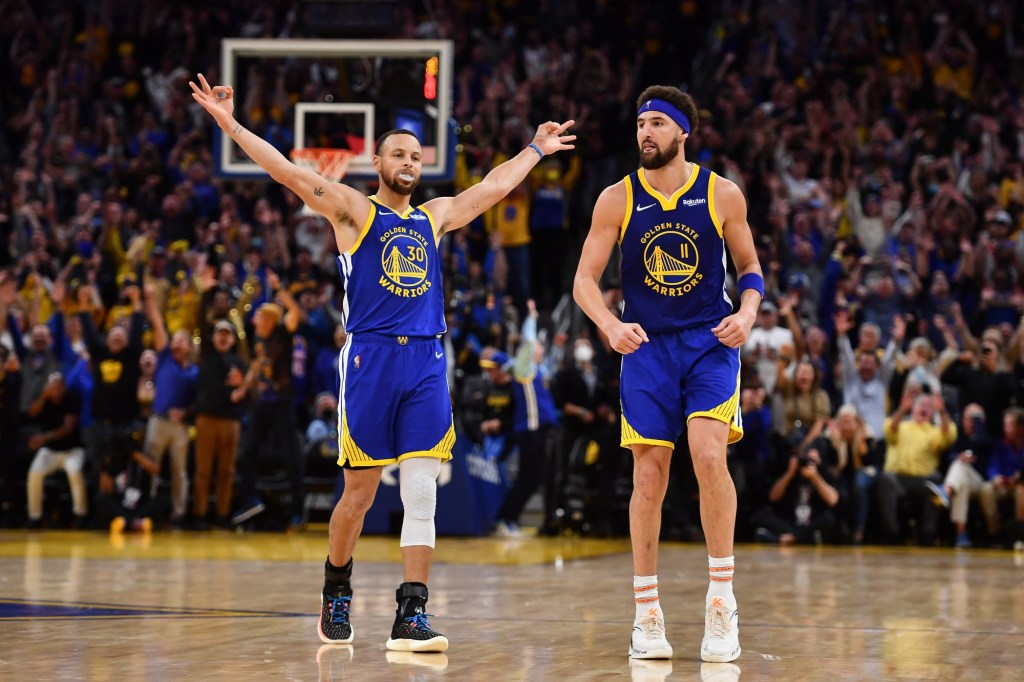 SAN FRANCISCO — These NBA playoffs are about the next generation.

LeBron James, 37, is at home, tweeting out of boredom. Kevin Durant, 33, was swept in the first round. (He always finds time for social media.) James Harden’s difficult life on and off the court zapped him from his superpowers at 32 and played a huge role in the United States’ second-round playoff exit. Sixers.

It’s become the spring of the young guns: 23-year-old Luka Doncic, 24-year-old Jason Tatum, 25-year-old Devin Booker and the well-established Giannis Antetokounmpo, who is only 27.

So what else are the Warriors doing around here?

The Warriors may have some exciting young players, but as we’ve seen in Golden State’s efforts to eliminate the young and exciting Grizzlies (led by 22-year-old Ja Morant), there’s nothing new in this winning machine.

Grizzlies winger Dillon Brooks, 26, had no problem coming out and calling the Warriors what they are.

“They’re getting old,” he said after being sent home.

Obtain? Dude, this team is here.

Klay Thompson has had major surgeries on both legs and wants to spend all his time on his boat.

Draymond Green’s hair has a lot more salt than pepper and his podcasts are longer than his stints in the field these days. Green already has a job for his retirement.

Steph Curry is still an assassin, but he came out of the babyface. It’s getting so old that one of its side projects is rebooting the classic 1970s sitcom Good Times.

Even the youngest Warriors players — the guys in their primes — are old. Andrew Wiggins, 27, has gray hair in his beard that’s been driving me crazy since the playoffs started, and no one in basketball history is better at conserving his energy. 26-year-old Kevon Looney is playing a definitive old man’s game that looks like it’s been retired from your local church league.

I’ve known Looney since the day after he was drafted in 2015. I’m still convinced he’s actually 15 years older than me (and I’m the oldest at 33 in this media game).

Knowing this team, it was no surprise to hear the Warriors channel their Roger Murtaugh after Friday Night’s Game 6 win over Memphis.

And when no one is too old to win, useless games, chasing young players, four and a half hour plane rides? They are above that.

“I didn’t want to get back on a plane,” Green said. “It was less about playing in Memphis and more about getting on a four and a half hour flight. I just didn’t want to go up… Brutal.

Thompson echoed the sentiment: “It’s a long flight to Memphis. We spent a lot of time at the Hyatt.

Curry called the Warriors’ four-day break this weekend “pretty special.” He said he plans to put his feet up and watch both Game 7s on Sunday. I bet he falls asleep in the chair.

“At our age, we’ll take all the rest we can,” Thompson said.

The Warriors may not call this playoff run their last hurrah, but this core group doesn’t sound like a group that has another multi-year run in it. And it’s good. It’s not like they weren’t basketball immortals already.

Thompson was downright sentimental after Friday’s game: “I love playing basketball at the highest level. Our careers — we’re not singers, we’re not actors. We can’t do that until we’re old. So while we’re doing it, just enjoy each night because it’s going really fast.

Yes, these Warriors are anything but the fresh, brash group that has taken the league by storm.

No, with Chris Paul from Phoenix, they are the last bastion of the old guard.

But the Warriors are holding up much better than Paul, who crumbled in Phoenix’s series with the Mavericks. Credit good luck, great conditioning, or that catch-all — savvy veteran — but the Warriors are in good shape heading into the Western Conference Finals.

There could be some serious miles on the battered pickup truck that is the Warriors – a decade together for the top three, plus five final races will increase that odometer. But this post-season is exactly what was needed.

Winning in the NBA playoffs is dirty work, after all.

It’s something those kids just wouldn’t understand, but the Warriors would be more than happy to teach them.