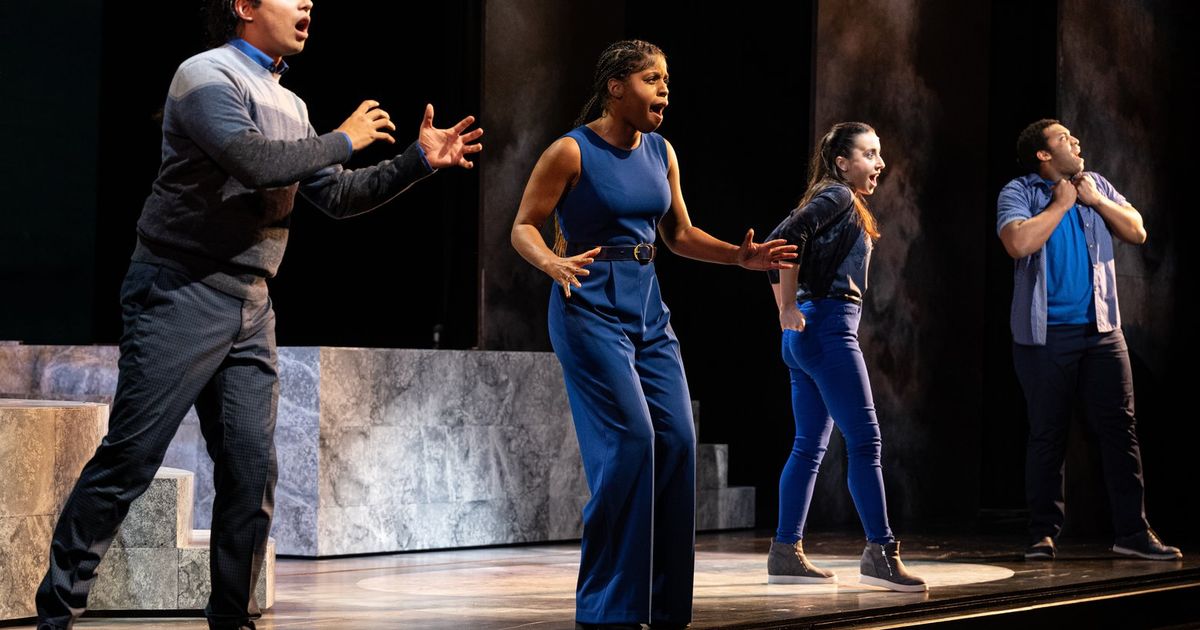 A&E Pick of the Week

Editor’s note: Given the rapid spread of the omicron variant of the coronavirus, please Consider local health authority safety recommendations as they are updatedand check the event website for coronavirus requirements and the latest information.

In the early 1990s, Devanand Janki was a young actor in New York when his roommate, Andrea Burns, invited him to the first reading of a show in development.

“I remember her saying to me, ‘Oh, a friend of mine from summer camp wrote this musical and he wants me to do the reading,'” Janki said. “I’ll never forget going there, I think it was a seedy rehearsal studio in New York. I just remember saying, ‘What’s this music?’ I just fell in love with it then.

The show: “Songs for a New World,” the musical debut from composer Jason Robert Brown, a two-time Tony winner for “Parade” and “The Bridges of Madison County.”

“Songs for a New World” premiered Off-Broadway in 1995, with a cast that included Burns and Billy Porter. Now, Janki directs and choreographs the show for Village Theater, in its first full production since the pandemic shutdown in March 2020. “Songs for a New World” is on stage in Issaquah until February 13 before moving to Everett from February 18 to March 13.

A song cycle comprised of 15 thematically but not narratively linked numbers, “Songs for a New World” showcases Brown’s ability to easily cross genres, from jazzy piano-bar pop to rising gospel and styles. cabaret in a bad mood. It’s a more compact musical than you’re used to seeing at the Village, with a cast of just four and a minimal set from Burton Yuen. But Janki doesn’t want him to feel small.

“It’s usually done like in concert form,” he said. “I really went there and was much more specific with it, in terms of approach like 15 short stories. We really take a strong point of view on each little story and stage it in a different way, so it feels like a spectacle.

“A lot of songs are about people in their lives at a crossroads who don’t know what to do. What do we do in our lives when things go wrong or things don’t turn out the way we planned? I was interested, who are we telling these stories to? Who do we feel comfortable being the recipient? »

Brown’s songs—musically compelling, but often laced with lyrical irony—often work as unaided stand-alone stories, like the razor’s edge between comedy and tragedy in the romantic lament “Stars and the Moon” or comedy outright in the empty threats of “Just One Step”, both performed impressively by local star Henderson.

But Janki’s directorial choices also fill the context of certain numbers, adding a therapist’s attentive ear to Habeeb’s beautiful melancholy “I’m not afraid of anything” or the self-inflicted pain of harassment on social media in Dobies’ heartbreak story “The World Danced. Some numbers are more radically transformed, like Henderson’s “The Flagmaker,” transformed from its Revolutionary War roots into a lament for mothers of slain sons by the police.

“We really tried to bring a contemporary lens,” Janki said. “We’re really fixing it in 2022.”

Among the various contemporary themes not explicitly referenced in the production of Village: the pandemic. But, like everywhere else, its effect was felt on the show’s opening night, when the Village’s Francis J. Gaudette Theater was half empty, hosting an unusually small but still enthusiastic audience.

In another era, Brown’s occasional penchant for grand, sentimental proclamations might cringe, but right now, when nearly every public event still feels a bit precarious, the lyrics to the show’s finale “Hear My Song” and its chorus of “You’ll be fine” are a balm.

“Songs for a New World”