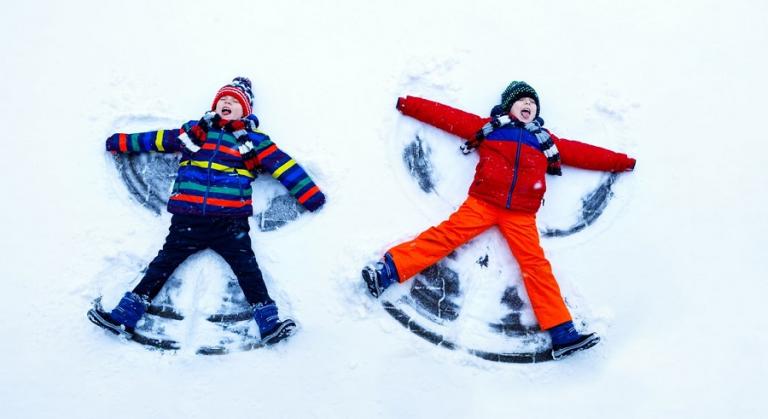 For their short and bright and whimsical way of saying things, I love collecting Twitter and other quintessential quality jokes, quotes, questions, musings and maxims from the far reaches of the internet to the obscure book hidden in the dusty corner of a long forgotten book. stock them up and save them for a rainy day post. I may need wonderful verbal beauty to express a feeling or an idea in what I write, so I created this particular post with that purpose in mine.

Tweeting to the choir: a collection of tweets

Janet@Mystagogy1013: Tweeting to the choir gives all of us much-needed support and encouragement these days.

This particular post is the offspring of this larger post with a more specific purpose in mind from a topic listed in this larger post. He is also just one of many children of this position. You can go big or go home to this shorter post and pick what you need from the collected treasure of the Large choir of Catholic thinkers and like-minded people and insert it into whatever you’re working on right now. Or maybe you just want to read a short something that will put a chuckle, a prayer, or a nifty thought in your brain. And maybe any truth, beauty or goodness can seep into your soul, making you a more loving, faithful and hopeful person and bringing you closer to Christ.

In this post, we tweeted at the choir about…

Nick Sciarappa@PappaSciarappa: Children are not an obstacle to your prayer life, they are opportunities to practice the bodily works of mercy in prayer.

Metalifex@SamuelA88226271: When I became the father of several very disobedient little boys, I finally realized how much God could love me. I can discipline my children, but I can never deny them. For better or for worse, they’re mine. I can’t believe I’m more merciful than God.

The life of little children

Prof. Joseph Krupp@Joeinblack: When I started my homily at 10 am, the sweet little angel waved me vigorously. She continued to greet her happily until finally I stopped the homily, waved and said hello. She smiled and sat down on her father’s lap. It was awesome.

JD Flynn@jdflynn: Well, it happened earlier than expected, but it happened. Our 4 years tells us about a kid at school who went to a magical place called “Disneyland”, and can we go?

Me: [run into room, expecting carnage]

4 years [sobbing]: DID YOU KNOW THAT WHEN I WAS BORN, THAT WAS THE PAST? AND NOW IT IS NO LONGER?

A faithful servant@VConquisitor: My 5 years girl: “it’s not really Miss Universe because they are all from planet earth”….

Emily, praying for peace ���@EmilyKath319: My 6 years was thrilled to hear that God is an avenger at mass today�

I just made a joke about men being from Mars, women from Venus and my almost 6 year old son got VERY pissed off and was like “No mum, they’re both from the SAME PLANET , the Earth, because that’s where God created them!”

tea with Tolkien @TeawithTolkien: One of my kids came running into my room earlier, “Mom!! can I go to the girls room because Lily is reading Nawnia’s Chwonicles to her stuffed animals and I want to chop too! �

Angry Catholic@Angry Catholic: Today I drove 16 hours with just my seven, 5 and 4 years old. Everyone behaved well. Everyone had a good day. At no time did I consider jumping out of the moving car. God is real.

�A vaccinated Susan Campbell ��@campbellsl: I was assigned to help my 8 years Catholic grandchildren with their Sunday school homework. Hilarity ensues.

“Haley Stewart” @HaleyCarrots: My 8 years pushes us to be daily communicants and I love that. She tries to go to daily mass or worship every day of Lent. Mass followed by hot chocolate at the bookstore. “We need to be with Jesus AND have hot chocolate!” It’s cool when you just want to watch a movie but your kid insists you drive her to a Tuesday night mass. I need all the help I can get!

Katie@KatieFromTexas: Third graders don’t want to talk about sex. They want to grow up and be dinosaurs or princesses.

Angela Clough@angeladunn6: Clear some things from the attic to see that 9 years (Catholic) I was a bit of a comedy genius �

…Maybe not a spelling genius!

Theresa Zoe Williams @TheresaZoe: Today my daughter, the one with Oppositional Defiant Disorder and Visual Processing Disorder, said that sometimes she wishes she had never been created because it is too much and too difficult. We cried together. She is 9. If you could pray for her and for us, we would appreciate it.

van der Linden page �@plutoniumpage: 10 years Catholic girls with active imaginations should NOT be allowed to watch “The Exorcist”.

I don’t know which parent to blame for this. �

Jaime Primak@JaimePrimak: If you need a little innocence to warm your heart….

My 11 years old His (Catholic) daughter told me she loved Usher because “he loved God so much he made a song about confession”.

The life of college kids

tea with Tolkien @TeawithTolkien: I saw a whole bunch of nerdy college kids at the park fighting with lightsabers. it was beautiful. so healthy

Vela@VelaScares: People keep shouting The Exorcist, which of course objectively is a very well constructed film. That said, I’m just gonna come out and say the Exorcist is boring as hell and it’s only scary if you were a 12 years Catholic boy in 1973 when he came out.

eeeeemma@eeeeemma1: A 12 year old Catholic girl asked me if I knew my Hail Mary and I started singing Proud Mary ��‍♀️ #notcatholic

John Herreid@HerreidJohn: Every time I see a picture of Herbert Hoover, all I think about is that some guy once introduced him on the radio as Hoobert Heever. It was in one of those factoid books that I read when I was 12 and due to a clerical error it kind of got filed away as vital information in my brain . I read the entire World Encyclopedia of the book at that age because I was so bored so I could easily win any game of Trivial Pursuit as long as the version we’re playing is very outdated .

DGreedy Glenn – TheToyMaker | Working the metaverse!@DGlenn3DCG: You know it 13 years I watched Disney cartoons and asked, “Why are girls so magical and I’m not?” I don’t have wings, I don’t have blue hair, or I don’t turn into a big panda bear! Why?” “I’m not special!”.

Excuse me, adult, I need to have a talk with this kid!

Visegrad 24@visegrad24: On March 12, 1943, 14-year-old Polish Catholic Czesława Kwoka was killed in the German extermination camp of Auschwitz-Birkenau with a phenol injection to her heart.

She is one of the best-known Polish victims due to the haunting photo taken upon her arrival at the camp. 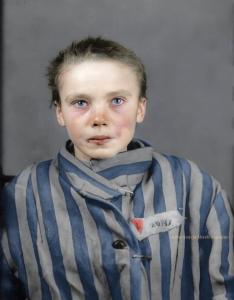 The life of an older child

Jen Fitz@JenFitz_Lis: One night, your child sneaks out of social distancing to spend time with the FOCUS missionaries. Then he casually stands in the kitchen saying, “Do you listen to podcasts? There’s this guy Mike Aquilina doing something against the Church Fathers.

Emily, praying for peace ���@EmilyKath319: The favorite prayer of 4-year-olds is “Hail Mary, full of grace, strike the devil in the face.”

Because let’s face it, it’s short and to the point.

Dave Electronica@chicanokobe: Kid was acting like he wanted to lead prayer last night so I encouraged him to find something.

Get on your knees, think real hard, find 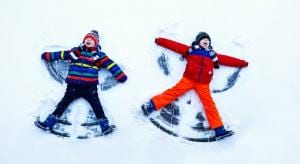 William Hemsworth@w_hemsworth:Children will have questions about faith. Don’t run away or say “because I said so”. These are honest questions that deserve honest answers. There’s nothing wrong with saying “I don’t know” and doing a little research. Then come back with the answer.

Mom, is God greater than love?

Mom, does God love the devil?

Mom, how do we know we’re not in a dream?

Mary Pezzulo@mary_pezzulo: The Lego robots have just crash-landed on an island inhabited by a vicious robot-eating giant guinea pig. We promised McFluff some of the money when this episode becomes a big movie.

Steve Skojec@SteveSkojec: One of my boys asked me today what happens if someone farts in a spacesuit – are they just trapped in there with the smell? And I realized there are horrors that I haven’t even begun to contemplate

Prof. Cassidy Stinson@TheHappyPriest: It’s always a mad dash with catechesis when you don’t know how well-trained the public is. Example: I was trying to make sure they knew the basic Church teaching on the Eucharist, but a child just wanted to know if becoming a hermit was a socially irresponsible vocation.

Prof. Goyo@FrGoyo: I went to the cinema today and in front of me a little boy said to his mum, “mum there is a priest here.” And the mom said, “Yeah I know. Sometimes they let them out of the church.

I’m not usually shy, but this time I didn’t know what to say