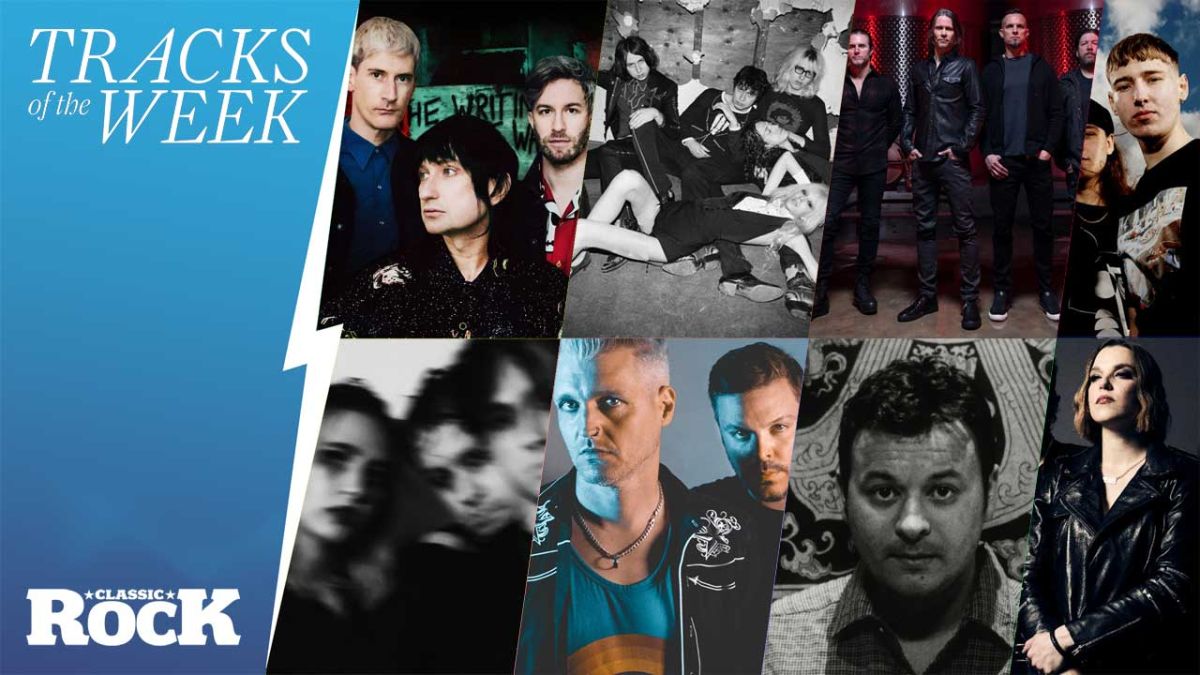 Last week’s Tracks Of The Week contest was quite the battle, with pop-progger quirks Burton-On-Trent Kitten Pyramid taking on Skid Row before going up against Larkin Poe and finally taking on Laura Evans in an exciting battle for social media supremacy. Eventually, they saw all three, and we salute them.

Their winning track is right below ⬇️ and then off we go with this week’s rock ‘n’ roll rumble. Who will win? It’s entirely up to you, so don’t forget to vote.

After eight years of separate adventures, the Derby trio are back in business and if that (the comeback album’s opening track, The 20s at war) is something to pass, they are damn happy about it. Bursting with giant guitars, theatrical bursts and mega-harmonies sure to delight fans of The Darkness and The Struts (not to mention the sidekicks of the colossus that inspired them all, Queen), endure the dream has a deceptively dark heart – Steven Battelle singing ‘ambition is an affliction / every moment is a mission‘, somewhere between interior torments and jazz-hands. Pleasant.

This is probably our favorite track on the new Starcrawler album, She says (released in September), and it was a change of gears from the blood-spewing shlock rock that first turned us on to them. Infused with tender, country longing through a shoegaze filter, its emotive melody draws a matured new quality from singer Arrow De Wilde – without eradicating the pungent, youthful blend of innocence and experience that has made her a presence so imposing in the first place. Could this be a sign of things to come? Time will tell, but we hope so.

Those who like their Alter Bridge on the heavier side will love this. The title track from their forthcoming album (released in October) is a tight, punchy display of metal-edged guitars and moody melancholy that morphs into a moving “we must defend all that we are” midway through the melody. vocals from Myles making the sort of small but crucial change that can make a song suddenly shine. Find them on tour across the UK in December, accompanied by Halestorm and Mammoth WVH; Not a bad way to end the year, huh?

Torus – I did it again

Tight, catchy and confused, Did it again is a deliciously saturated riff monster – with 90s MTV and B-movie horror tropes in the accompanying video. “We knew from the minute we wrote Did it again that we needed a music video in which we were driving around in an old school car,” the group says, “walking away from life” with a return of our stalker from the high rope and Navigate videos.” Do you like what you hear? Their debut EP, Navigateis out now.

“Take It was inspired by the struggle with oneself in a myriad of circumstances, work, relationships, socially and mentally,” the Bristol quintet says, of this gnarled, grungy fusion of rumbling bass, driving alternative rock guitars and vocals. “The continuum of holding yourself back and having this other side of yourself that’s constantly telling you, ‘you’re not good enough, you won’t do anything on your own’. The persistent reminder of how everyone world is fine with social media controlling us and having a huge effect on us.

The Virginmarys – You are a killer

Nope, you are A killer! Macclefield’s The Virginmarys are in exhilarating, fast and furious form on their second single as a taut yet heartbreaking two-piece. Mainman Ally Dickaty has always had a knack for raw yet cutting edge rock explosions (with a keen eye on the present), and this one is no exception. Powered by the kind of drums and guitars that seem to stab, swagger and quiver all at once, this is punk-blues protest rock you can dance to – and want to to dance.

It’s not New new, but it’s new, and it’s rather interesting. In 2001, the Manics wanted to release two new albums, Solidarity and river gate, but the band’s record company had none, and packaged the recordings as a double album, Do you know the enemy. Two decades later, the albums are finally coming out as the band originally intended, with frontman James Dean Bradfield’s “director’s cut” version removing some unwanted rawness and improving the sound. Rosebud will be a bonus track on the deluxe edition, and Llyr knows why it hasn’t come out before, because it’s poignant, hard-hitting and a really good Manics song.

We run out of hyperbole when it comes to Lzzy Hale, but it’s yet another resounding triumph from Halestorm, with great riffs and a Queen Lz vocal that could burst the moon. Throw in a video set in a church – with Lzzy going to confession, of course – and it’s a recipe for both damnation and fun. “I’m facing the darkness inside of me, but it’s not the first time,” Lzzy says. “Thanks to the vision of Dustin Haney, who is also responsible for our Back from the dead video, I’m coming back to illuminate this darkness that I’ll never betray.” Well, that’s good to know.