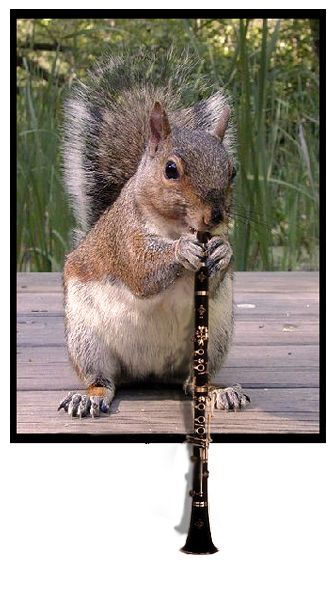 You can click this link and see if you find more music you want to include in the comments.

One of the images in this video shows a squirrel shooting a gun. This matches my title photo.

I really don’t like the story in the lyrics of this song, the bloody murders.

But the style, the attitude of the singer, his gestures, his little riffs, all of that is legendary.

This one seems a bit boring to me. Never mind.

This one is light and pretty.

Alright, this one is way too corny, too silly, too needy. Enough of that.

Alright, it’s three in a row, Venus, Lonely Boy and Dream Lover, all three are boys, saying, “I need a girl!” Please! Soon!”

Three in a row.

Ok, on the negative side, this song is very cheesy and church centric, and I’m an atheist, but:

On the positive side, the melody is so beautiful, really so beautiful, beautiful changes of key, harmonies, and the story is simply the story of a typical man’s life: birth, marriage and death .

Since my second wife, Tonia, passed away 7 months ago, I cry easily. I cried a lot when Jimmy Brown died. I tried to say to myself “Fictional!” It didn’t matter. I cried.

Okay, that’s another example of why I’m happy to do this project.

The only way I would have recognized this song, by its title, would be if the title was:

This is the first line of this song.

Come Softly To Me by The Fleetwoods didn’t tell me what song it was. No way.

I was born in Kansas City. Just like Satchel Paige, the famous baseball player.

My parents, along with my two older sisters, a toddler and an infant at the time, left a farm in central Missouri in 1950 and went to the big city, Kansas City, where my mother gave birth to a another girl, then me, then my little brother.

For this one, I think if someone else did a cover of it, with no vocals and no fake trumpets, it would be a nice, pretty song.

Okay, this song has more than double the status of any top ten song.

This song is what people call “Iconic”.

I’m not saying it’s on my short list of my all-time favorite songs, but there are very few songs that represent the hits of the 50s better than this one.

I like the crescendo, in the middle of the song.

Alright, I had to look up the name of the fictional guy:

Now I got a guy and his name is Dooley
He’s my man and I really like him
He’s not handsome, God knows
But I’m crazy about her crazy clothes

Yes, it’s a silly song, but you can’t go through the 50s without Dooly and his beige shoes.

And the big panama with the purple headband.

This is the first time I’ve read the lyrics to it. I didn’t know it was a sad song.

“He walks through the class, cool and slow. Who’s calling the English teacher, Dad Oh? »

You can’t have 50s music without this one, in my opinion.

You can’t feel bad when Alvin clowns around and plays his harmonica. Cha cha cha.

I don’t remember ever hearing this song before.

I chose this one from the list, because from the title I thought I knew the song, but no.

It’s, musically, so sweet, and the lyrics are so innocent and loving, really a beautiful wedding song.

This one is silly and sappy, but such a basic classic of the era.

I think I should start a YouTube channel and try to make my videos a bit like the old late night talk shows, like The Tonight Show, Starring Johnny Carson.

I would like to make a deal, with whoever owns the rights to this song, so that I could use this song, at the beginning and end, of each of my videos, and the owners of this song, would get a cut of the whole song. money I could earn, with my YouTube channel.

Comedy, saxophone, just too much fun.

Someone decided to write the dumbest song possible, and they did.