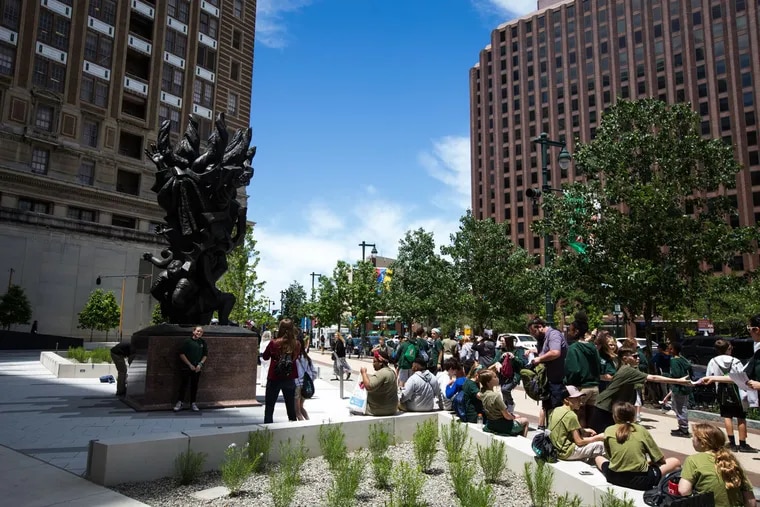 Over the past 15 years, the use of social media has grown steadily. In 2021, 72% of American adults reported using at least one form of social media, compared to only 5% in 2005. During the same period, we have witnessed an alarming peak in the polarization of the country. By asking users to select their friends and follow them, social media largely places people in their own bubble.

As more and more people migrated their news consumption to social platforms, their worldviews began to be reflected in their echo chambers. As a result, for many people, believing any claim shared on social media has become second nature, whether they are reasonable opinions, distortions or outright lies.

While this reality is concerning, there is a silver lining: while fake news is certainly fake, it is not exactly new. And by understanding how lies have impacted society in the past, teachers and students can begin to address it.

The most notorious fake news purveyor in history was Adolf Hitler, who established a propaganda ministry shortly after assuming the German chancellery. The ministry’s goal was to enforce Nazi ideology, including stirring up hatred against Jews and galvanizing German citizens to persecute non-Aryans. To this end, the ministry oversaw German media, arts and education as a means of censoring viewpoints that did not fit its own message. For Nazi propagandists, the media was used to portray Jews as public enemies by portraying them as less wholesome or attractive than Aryans, presenting them as subhuman – including drawing them as animals – or marking them with moral flaws, such as greed.

In 2022, some aspects of that sound feel eerily familiar. For a decade, Vladimir Putin waged a disinformation campaign against Ukrainian politics, making the Ukrainian leadership a public enemy. With limited opportunities to oppose his propaganda, Putin’s worldview gained prominence in Russia, generating enough support to justify his war against Ukraine.

Of course, neither Putin nor Hitler invented propaganda, and in some ways the latter modeled his own approach on England – which he claimed had a powerful communication machine during the First World War — and the United States.

When examining the United States, it is revealing to see side by side comparisons between Nazi propaganda and anti-black imagery of the first half of the 20th century, which also included offensive caricatures and the defamation of an entire race.

Realistically, we cannot expect to eliminate fake news, but teaching and strengthening media literacy can play an important role in reducing its impact.

For two years, our team of Philadelphia Holocaust Remembrance Foundation has held dozens of trainings with local teachers to help them educate their students about the Holocaust and its various lessons that can be applied to our lives. Propaganda-related courses — which teach students about misinformation and the need to think critically about the abundance of information they encounter in an increasingly digital world — are among the most salient.

Exploring Nazi-era and Jim Crow propaganda, we present historical and sectarian images and texts about Jews and Black people and ask teachers to analyze them. Although these historical sources are troubling, it is essential to examine them to understand the commonalities and justifications for “othering” behaviors. We then show educators how sectarian images are used in similar ways on social media today.

We encourage teachers to have these conversations in the classroom to improve media skills and critical thinking for middle and high school students. For example, before engaging with online content, especially something that criticizes others, it helps to ask some basic questions: Who produced it? How reliable are they? What interest could they have in conveying a certain point of view? Who is this content hurting?

To underscore the need for urgency and action, we also show photos of ordinary street life in 1930s Germany, where anti-Semitic propaganda abounded on posters and newsstands, but passers-by ignore him.

Although there is no state propaganda machine spreading disinformation in the United States, the bubble effect nature of social media has created platforms that allow disinformation to spread rapidly. By understanding how propaganda has operated throughout history, we can approach online lies with the skepticism needed to help reduce the power of fake news.