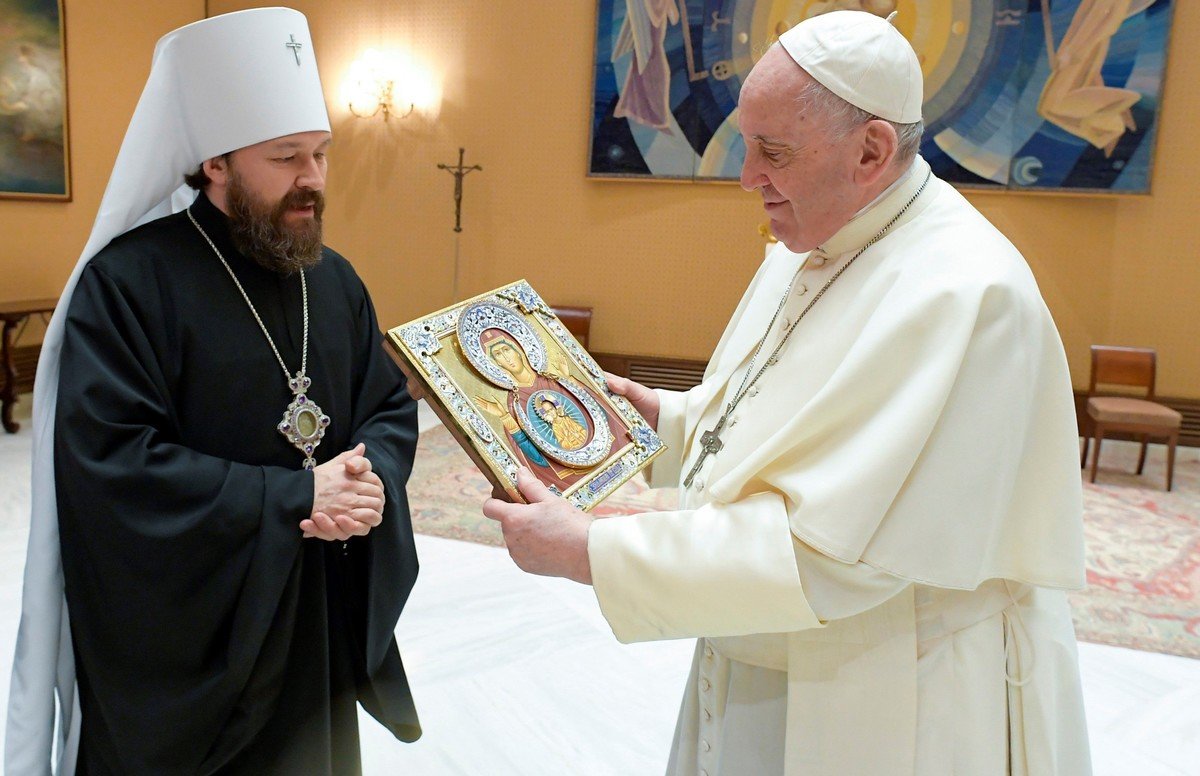 For Christians following the Byzantine lectionary, these words from the gospel of Matthew are read on Christmas Day. The account of the journey of the sages provides lessons for us Christians: we see how Herod and the religious establishment wanted to harm the newborn King of kings, while those who worshiped the stars were among the first to recognize the coming of Christ. .

This year Week of Prayer for Christian Unity (January 18-25) took these same words from Matthew’s gospel and incorporated them as a theme. It is a reminder for us in the West to look towards the ancestral Churches of the East in solidarity. Many of the faithful of these Churches today experience political, economic and social upheavals in their daily lives. Unity is needed more than ever.

The Churches of the Christian East also offer us lessons. Currently, the Catholic Church is preparing for the Sixteenth Ordinary General Assembly of the Synod of Bishops, commonly known as the “synod on synodality”. In many of our dioceses, we engage in local conversations to discuss synodality and its impact on our life as a Church. Synodality comes from the Greek synodos – walking the path together. It is a form of Church government different from the monarchism that has sometimes characterized the Western Church.

Each of the ancient Patriarchal Churches of the Catholic East is governed by a Synod of Bishops who have real decision-making power: they have legislative, executive and judicial powers of governance. They elect their own bishops. They found their own dioceses. They enact their own particular laws. They serve as courts of appeal at the local level, without the need to refer cases to the courts of the Holy Father in Rome. Already in the Catholic Church we have a very different model of living our life as Christians. It is fidelity to these ancestral traditions of bishops making joint decisions that provides an important example for the Western Church: this style of joint governance can be done, and it can be Catholic. This witness offers us lessons as a universal Church engaged in a discussion on synodality: what is her place in the Church and what can she offer? What lessons on how to live our faith can we, as Catholics, learn from the churches of the East, including those which are not Catholic?

As we approach another week of prayer for Christian unity, we find ourselves facing east. We are looking for the lessons we can learn from the Christians of the East, but we also see the opportunities to be a people of solidarity with these Churches who, in many cases, struggle to survive as they abandon their ancestral lands in search of Peace. and security in the West. We too are called to walk with them (synodality!) And to take up their challenges, making them our own: after all, we are one body.

Father Laschuk is a priest of the Ukrainian Catholic Eparchy in Toronto and a canon lawyer. He is the Executive Director of the Metropolitan Andrey Sheptytsky Institute of Eastern Christian Studies, Faculty of Divinity, St. Michael’s College, University of Toronto. He is a member of the North American Orthodox-Catholic Theological Consultation.

From January 18 to 25, the annual World Week of Prayer for Christian Unity is reserved. The theme and material for this year are prepared by the Middle East Council of Churches.

Jesus said, “Heavenly Father… my prayer is not for them alone. I also pray for those who will believe in me through their message, so that all will be one… so that the world will believe that you sent me. (Jn 17:21)

This Jesus prayer is the starting point from which flows the essential aspect of spiritual ecumenism. Jesus does not ask for any unity, but the same unity that exists between him and the Father. The love that exists within the Trinity brings the greatest freedom, joy and fulfillment. Spiritual ecumenism is unity in diversity in spiritual communion.

We look forward to the prayer services that parishes in our Archdiocese will hold during this year’s Week of Prayer for Christian Unity, when God’s people of different faiths come together to pray.

An in-person ecumenical prayer service will be held at Holy Rosary Cathedral on January 20 at 7 p.m. Archbishop J. Michael Miller will be joined by Anglican Bishop John Stephens, Reverend David Koop of the Coast Church and Pastor Matt Menzel. of Westside Church as they lead our Christian community in prayer.

All are welcome, and the event will be webcast live on the cathedral’s website at Holyrosarycathedral.org/live-stream.

Deacon Chau is the Archdiocese of Vancouver’s Coordinator for Ecumenical and Interfaith Relations.