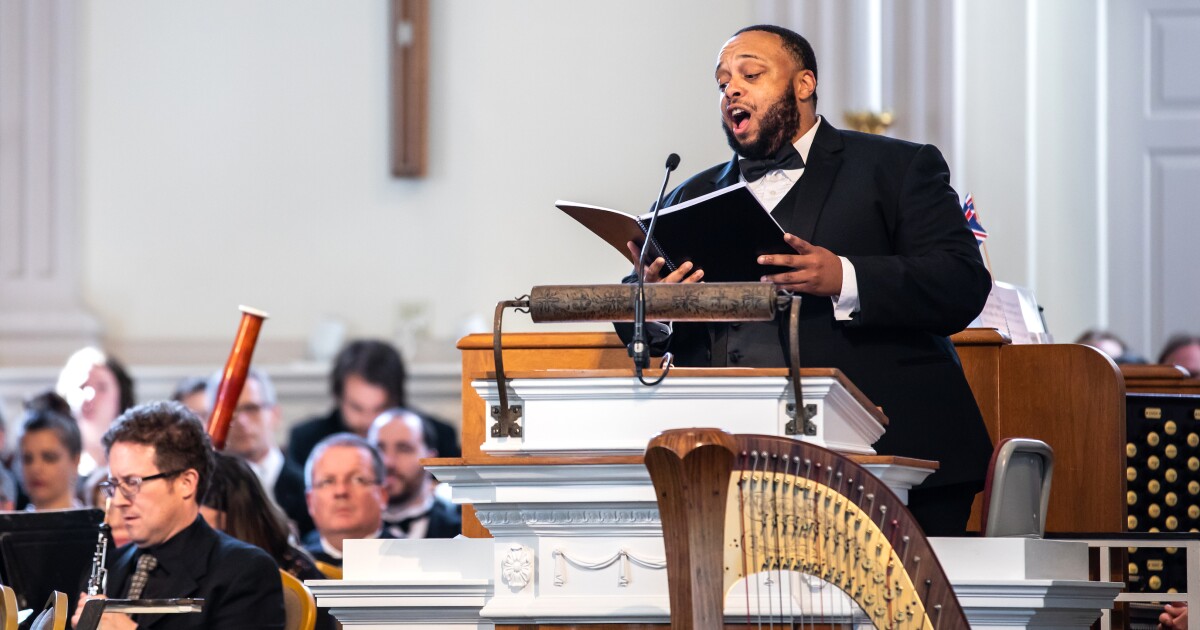 Even people who claim to “love the holidays” are probably at least agnostic about the scarcity of daylight at this time of year.

Yet for millennia, humans of all cultures and around the world have chosen these dimly lit weeks for some of their greatest annual celebrations.

It’s a paradox that the Grammy-nominated Mendelssohn Choir of Pittsburgh honors with a series of six free concerts titled “The Promise of Light.” The shows take place at five area churches, from Cranberry to the Hill District, over two weekends starting Friday, December 10.

The hour-long program is an eclectic mix of music and poetry about winter, the solstice and the holidays. The choir of up to 120 voices will perform music from artists as diverse as Dolly Parton and lauded choral composers Randall Thompson and Ēriks Ešenvalds. The poetry includes verses by Robert Frost, Margaret Atwood and Mary Oliver.

“You can think of humanity as one here, in that sense, why have people decided during the darkest time of the year, when it’s the most depressing, that there needs to be a celebration?” asks Mendelssohn’s artistic director, Matthew Mehaffey.

The show will be the first for the choir since the start of the pandemic. It also follows last month’s announcement that Mendelssohn’s collaboration with the Pittsburgh Symphony Orchestra on a recorded performance of Beethoven’s Symphony No. 9 has earned a Grammy nomination for Best Orchestral Performance.

“The Promise of Light” will give the group the opportunity to show off their range. It opens with “Stars” by Ešenvalds and the song “White Winter Hymnal” by Fleet Foxes. But the chorus also tries everything from a Renaissance madrigal and Thompson’s setting of Frost’s iconic “Stopping By the Woods on A Snowy Evening” to Parton’s “Light of a Clear Blue Morning.” and Dar Williams’ alternative holiday classic “The Christians and the Pagans. There’s even a rendition of “Sleigh Ride.”

“We hope these concerts at this time of year give people a little bit of that hope and that feeling of being part of all of humanity who are also looking for that light,” Mehaffey said.

The first two concerts will take place on Friday December 10 and Saturday December 11 at Westminster Presbyterian Church, Upper St. Clair. The morning of December 11 is also a sensory performance. An evening performance on December 11 will follow at St. Killian’s Catholic Church, Cranberry. The weekend ends with a Sunday matinee on December 12 at the Ebenezer Baptist Church in the Hill District.

The December 17 show will take place at Sacred Heart Catholic Church in Shadyside, with a matinee on December 18 at Trinity Episcopal Cathedral in the city centre.

All shows are free but registration is requested via the group’s website. All clients will be required to present proof of vaccination and wear a face mask during the program.