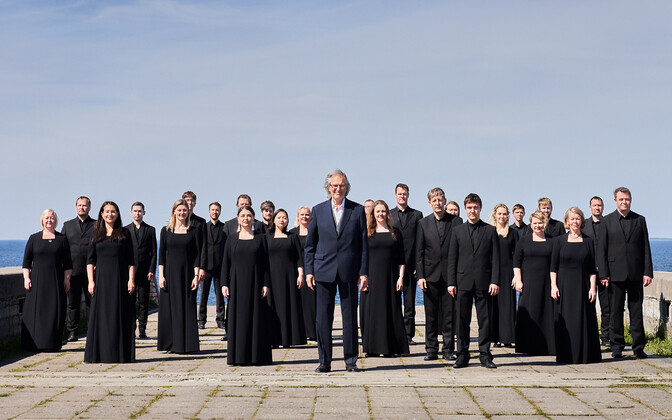 The “Kanon pokajanen” (1997), which was composed for a penitential prayer in Church Slavonic, is Pärt’s most comprehensive a cappella choral work. The composer spent over two years on the work after spending more time concentrating on the text. Pärt admitted that his discovery of the prayer of penance years ago, when he bonded with the Orthodox tradition, left a deep impression and the mentally rewarding time spent pouring it into music left the works close to his heart.

The composition was commissioned to mark the 750th anniversary of Cologne Cathedral. It is dedicated to Tõnu Kaljuste and the Estonian Philharmonic Chamber Choir who were the first to perform it. The choir and Kaljuste recorded it for ECM Records and performed the “Kanon pokajanen” at many renowned festivals in Italy, Australia, Ireland, Poland, France and elsewhere.

The European Polyphony Festival, which will be held for the fourth time, was launched by the French and Greek cultural organizations Arts Spontanes and Ars Artis. This year, classical music concerts, photography exhibitions, film screenings, workshops and musical journeys through Rhodes will take place from October 10 to 24.

Esper Linnamägi, conductor of the Estonian Philharmonic Chamber Choir, said the organizers have shown great interest in Arvo Pärt’s work and highly value the choir as a performer. “They spent years preparing our concerts with great dedication, learning about the Estonian music scene and visiting the Arvo Pärt days and the Arvo Pärt center, which resulted in the choir being invited to perform Pärt in a church Orthodox of Rhodes for the first time.”

In addition to the two concerts, the Estonian Philharmonic Chamber Choir will also take part in a musical walk, during which a walk-concert of Estonian choral music will be presented.