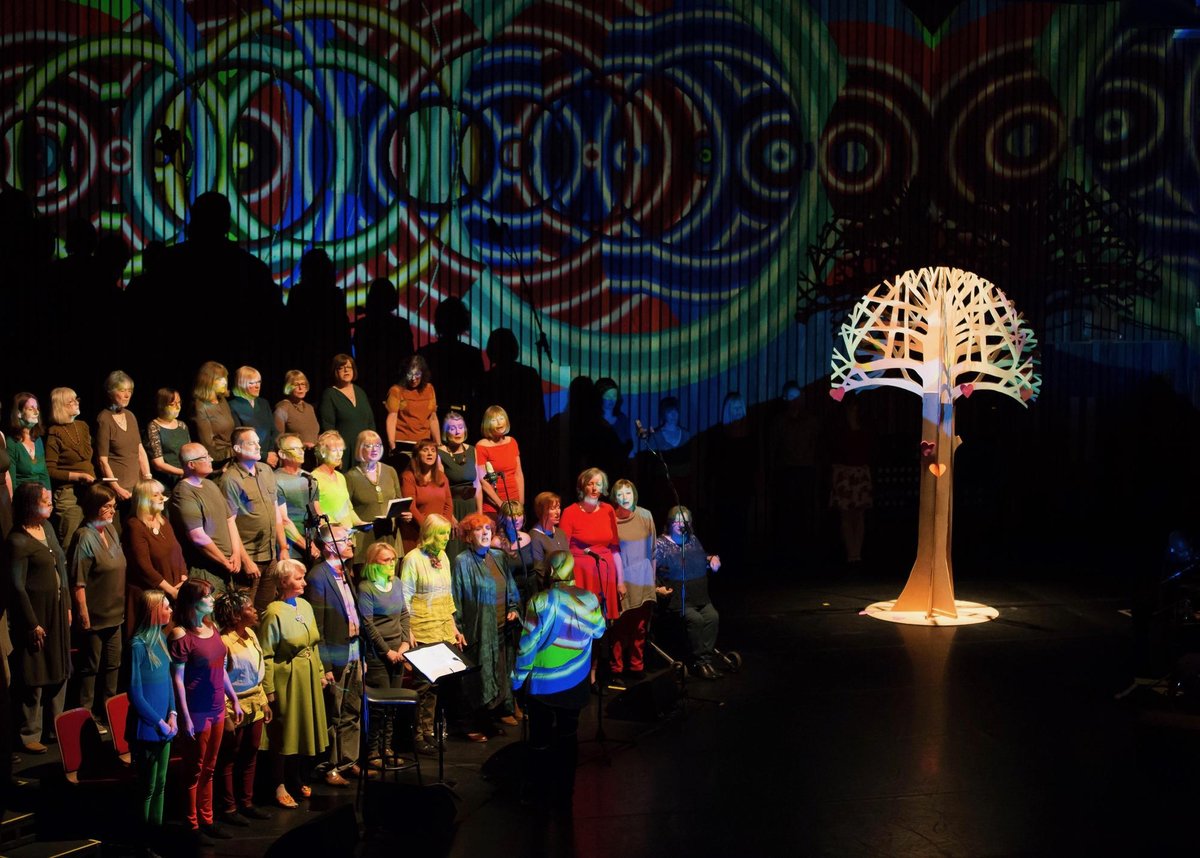 A Corby choir is celebrating a decade of singing with a special concert next month.

This year marks the tenth anniversary of Corby’s Deep Roots Tall Trees Choir and they will be celebrating with an event at The Core on October 2.

Featuring a live band and a special appearance from vocalist and founder Barb Jungr, the concert will be a celebration of Corby’s people, culture and heritage.

The choir in action

The choir first came together to sing during the Queen’s Diamond Jubilee visit to Corby in 2012.

For the past 10 years the choir has performed its songs with the Royal Philharmonic Orchestra and Sinfonia Viva, sung in Gaelic, Polish and Latvian, performed at Corby Town Football Stadium, Warkton Church, Core @ Corby Cube , at The Rooftop art gallery and at the cinema.

Current Artistic Director Neil Paris said: “We are all delighted to celebrate our tenth anniversary.

“The last two years have been really tough for all of us and it looks like there are more problems to come, so this concert is very special.

“It’s not just about celebrating 10 years of great songs and music, but also the importance of community, friendship and belonging, which is what Deep Roots Tall Trees is all about. .

“The choir’s songs are both exciting and uplifting, calm and thoughtful, so there really is something for everyone.

“With Barb Jungr as guest artist and Gareth Fuller’s fantastic live band, it should be a great night.”

The Deep Roots Tall Trees Tenth Anniversary Concert will take place at 7:30 p.m. on October 2 at The Core at Corby Cube.

Tickets are also available in person at The Core box office, by calling 01536 470470 or online at www.thecorbycube.com.

Christmas shows go on sale at The Core in Corby