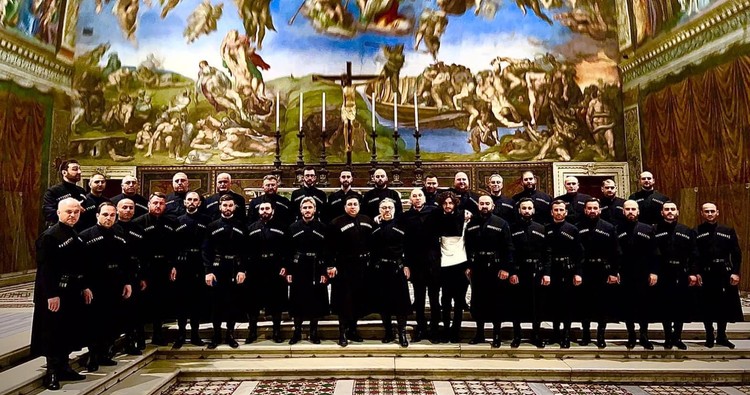 The choir of Tbilisi’s Holy Trinity Cathedral marks “historic” performances by taking to the floor of the revered Sistine Chapel in the Vatican, with the choir’s appearances also including a performance at St. Peter’s Basilica in the city-state this week.

The choir’s first-ever appearance at the famous Sistine Chapel on Sunday was widely celebrated by cultural institutions and officials across Georgia, while also being noted in Italian-language media, with Georgia’s Ministry of Culture saying the performances The country’s internationally recognized polyphonic singing events were staged in halls of revered places marked a “historic event”.

The two performances of the Choir, the last following Wednesday an interpretation of a version of the Latin Ave Maria prayer of Ilia II, the Catholicos Patriarch of the Georgian Orthodox Church, at St. Peter’s Basilica.

Conducted by Svimon Jangulashvili, the Choir performances were part of a week of celebrations concluding the Peter and Paul Feast Mass at the Vatican, and also coincide with the 30th anniversary of the establishment of diplomatic relations between the city-state and Georgia.

Next to the Ave Maria performance, the vocal performers of the Choir founded by Ilia II also welcome the Vatican public to a series of religious hymns and works from their own repertoire.