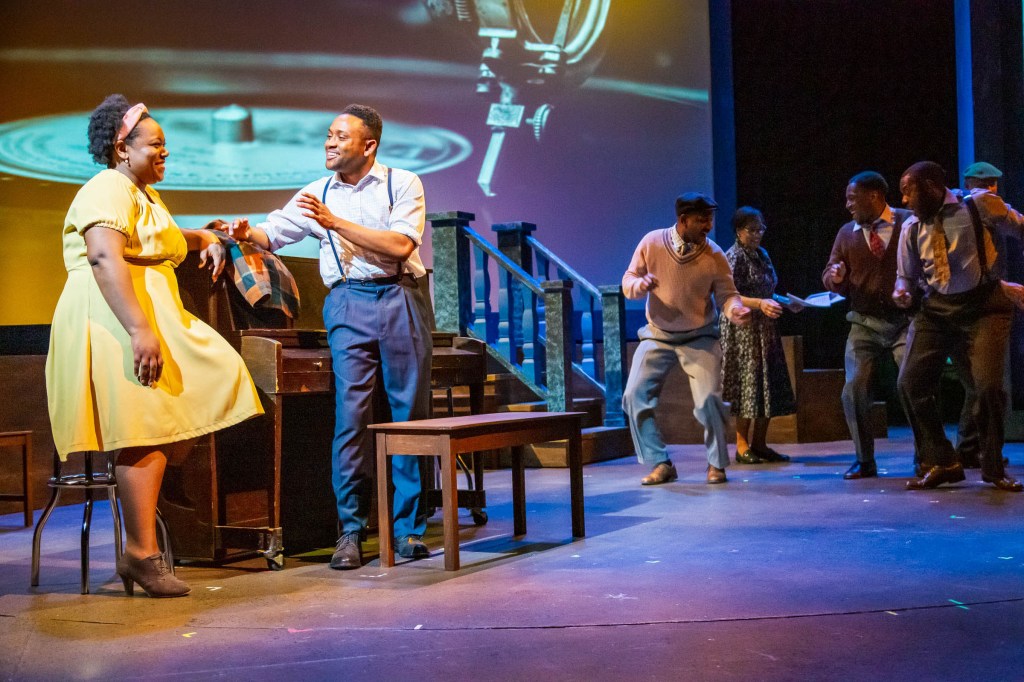 When children are encouraged to dream with the words “you can be anything,” the advising adult can use Gordon Parks as an example.

For Parks, it was so many things. Besides being one of the most important photographers of the 20th century, he was also a songwriter, novelist, director, composer, poet, painter and author of marvelous memoirs.

The first of these was called “A Choice of Weapons”, its title derived from the idea that – like many of his fellow young black men responded to their rage against racism by picking up guns and knives – he chose art as his weapon. His camera has captured images of Black American life that have opened the eyes of generations, largely through his long relationship with Life magazine.

It was the opening chapters of those memoirs that inspired “Parks,” an intriguing new play by Harrison David Rivers that premiered this weekend at St. Paul’s History Theater. Focusing on the 13 formative years Parks spent in the Twin Cities – most of his teens and 20s – it’s a kind of fantasia about central themes and events in the life of a grateful young man. his mission in life.

It’s also a kind of jukebox musical, although you won’t find many traditional gospel tunes on a jukebox. Led by multi-Grammy nominated gospel artist Darnell Davis, a highly talented cast of eight enhances the play’s most moving moments with the sadness, comfort and confidence found in the hymns of the African-American churches.

Combine that with deftly sculpted characterizations and flawlessly executed design elements, and you have a biographical drama that remains admirably focused on the important lessons to be learned from Parks’ youth.

“Parks” is therefore, on the whole, a success, a memoir for the stage that keeps its protagonist firmly on a human scale where other writers might have been tempted to place Parks on a pedestal. But it also stumbles a bit in unnecessary interludes, conversations and songs that don’t advance the story, resulting in a 2 hour and 20 minute show that might have been more effective if scaled down.

It’s a story rooted in hardship, as young Parks loses his mother in one of the play’s opening scenes – although she continues to play an important role as a mentor who is more of a memory than a ghost – moves to St. Paul with his sister, is kicked out by her husband, and spends most of his first winter in Minnesota homeless.

On the street, he encounters racially based hostility and almost turns to stealing. But Rivers points out that the warmth and generosity of others has been essential in helping Parks through the difficulties. His ascent from the bottom was clearly not a solo effort.

Despite Kevin Brown Jr.’s strong performance as Parks, the egalitarian storyline is crafted in such a way that many minor characters steal scenes from him. Every time Jamila Anderson raises her beautiful voice in song, she becomes the center of attention, and her portrayal of Parks’ mother is a beautiful mix of tough and tender. Mikell Sapp admirably inhabits some of the play’s most compassionate characters, and Pearce Bunting has a series of brief, rich performances.

But Parks was a man best known for visuals, and this production is filled with splendid images, many of which are large-scale projections of his photographs. The scenic design of Seitu Jones and the videos of Kathy Maxwell are expertly intertwined. A turntable sets things in motion to great effect, but so does Talvin Wilks’ energetic direction, never leaving a moment of stagnation in this rush of youthful activity.

Yes, there are flaws in Rivers’ screenplay: James A. Williams’ narration provides a welcome entry into the story, but ends up feeling like an unnecessary interruption. And the finale to the first act of the old children’s song, “There’s a Hole in the Bucket,” is a disconcerting addition. But, like Parks’ famous photographic eye, this show mostly focuses on what’s most important to telling the story.

If you are going to