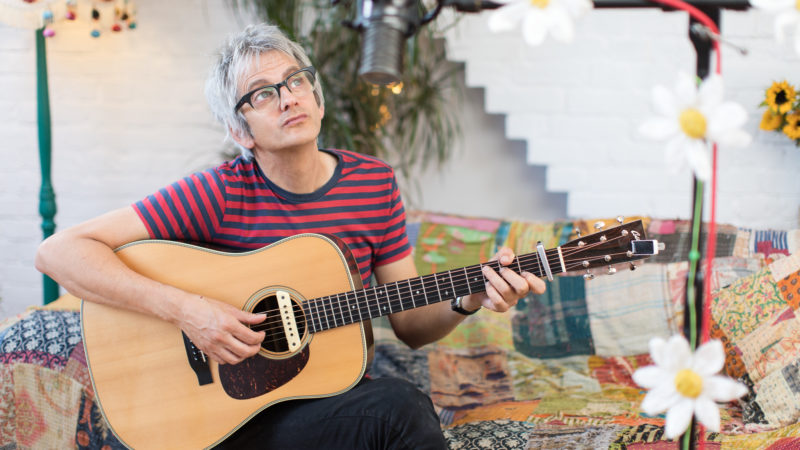 Singer-songwriter Nick Cope has been writing and performing songs for children and their families for over a decade. As its success found a wider audience thanks to the Nick Pope Popcast (Cbeebies), the former singer of the first Britpop group, the Candyskins, had released six albums aimed at a young audience.

His songs are sweet, touching, funny, and full of inspiration and curiosity – a rare combination that puts Cope at the center of a difficult Venn diagram: music that truly makes sense for the whole family.

Now back on tour, Cope will play four shows at The Wardrobe Theater on February 5 and 6. He told Bristol 24/7 of his lifelong love for the guitar, his songwriting inspiration and the thrill of returning to live performance.

When did you first pick up a guitar? Can you put into words the impact this had on you during those formative years?

“I started playing when I was about 14. I think my sister was taking lessons and I was intrigued by how all the notes worked, which is weird because I still have no idea notation or music theory, but I knew I wanted to learn how to play punk rock songs.

“Playing the guitar is a fantastic thing to focus on and it’s very therapeutic, but not so much for my parents in the early years! But it becomes a friend for life.

Before, you were the lead singer of a band. How did you develop as a writer and performer of family songs?

“My singing career in a band came to an abrupt and painful end and I really didn’t want anything to do with music. But that left a big creative void in my life and, by a happy coincidence, I started to invent little melodies for the children that my companion took care of in her Montessori crèche.

“This led to me working in Montessori schools in Oxford and then organizing concerts in church halls and community centers as word spread. Once I had enough songs, I made an album, and it all grew from there.

What was the reaction of your own children, and now your grandchildren, to your music? Did they inspire a lot of songs directly?

Unfortunately, when I started writing children’s music, my own children were a bit old for songs, which is a shame. But they still gave me ideas of interesting topics to explore, which has served me well over the years – both with the planet and also with certain societal issues.

I love singing with the grandkids, especially since I’ve missed performing in front of an audience for the past two years. I used to perform regularly at schools throughout the week, so I always got the younger perspective on things, which is really helpful when it comes to writing songs. So it’s wonderful to have little ones back in the family now.

Can you describe the unique experiences of touring family crowds? Do you accept requests?

“I take requests, and it’s always fun to hear what songs people like best. Since the TV show aired, the viewership has really increased, which has been fantastic.

“So many people have mentioned how their families have been singing and dancing to my songs throughout the lockdowns, and it’s very moving to see how much the songs have become a part of their lives during this uncertain time. .”

Did the reception of the Nick Cope Popcast surprise you?

“I’ve played thousands of shows over the years, and now the TV show has really opened things up to a wider audience, which has been amazing and really made all the hard work worthwhile. I’ve really looking forward to touring the country with my guitar.

Beyond this tour, what are your plans for the future?

“The other night I dreamed of putting on a spectacular show with lizards and dancing robots, like a Popcast meets Las Vegas extravaganza – so that’s what I want to do now!” But in the meantime, most of all I want to perform in the north again, and I would also like to go back to Scotland and play at the Edinburgh Fringe.

“Basically, I just want to keep writing and recording and performing. I consider myself very lucky to be able to leave the house with my guitar and go to work.

Listen to the latest episode of the Bristol 24/7 Behind the Headlines podcast: