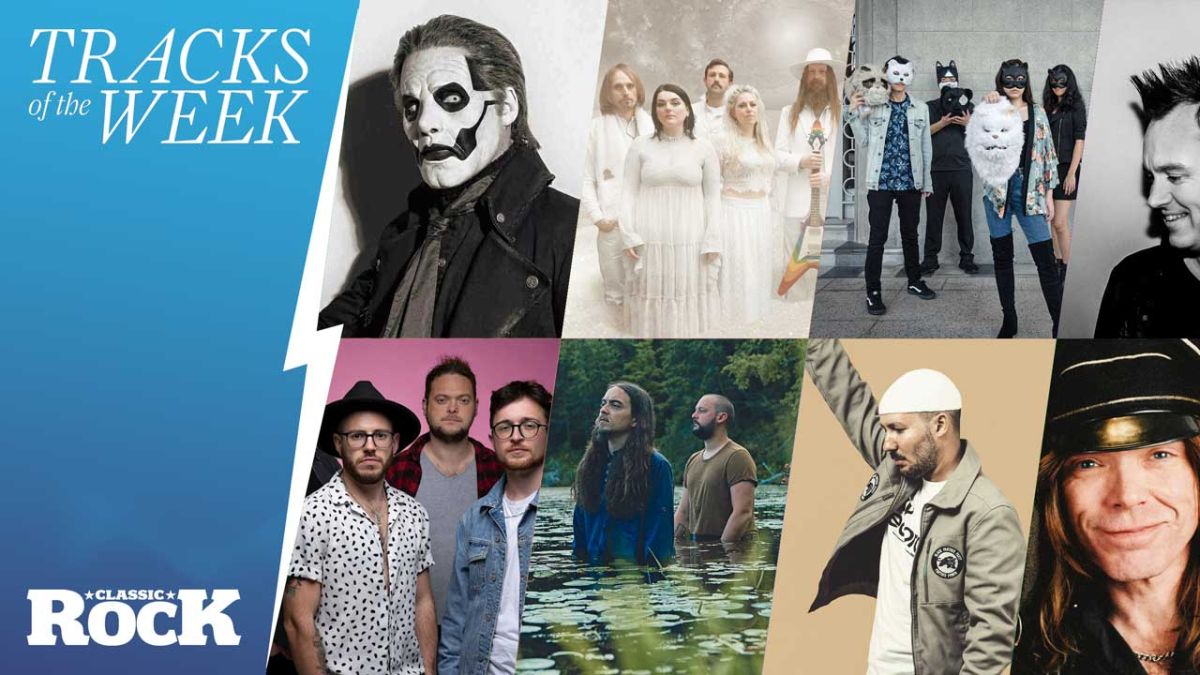 This week, we’ll start by congratulating exuberant blues duo When Rivers Meet, whose latest single It will drive you crazy won our latest Tracks Of The Week contest with convincing if not consummate ease.

It will drive you crazy beat Stone Broken black sunrise and Deepshade eat my dust in the minor medals, but they are all winners in our eyes – even the losers – and we hope they all handle this crazy success with the grace and humility the occasion demands.

You can vote for this week’s favorite there ⬇️. at the bottom of the page.

A charismatic banger from the theatrical funsters’ upcoming album, Impera, it’s one of those songs where a lyric video is definitely worth having. You will want to read these lyrics. Smart, funny and definitely a bit silly, they sprinkle Around twenty with an energizing layer of absinthe and fairy dust. It’s the weird but nice place where ’80s rock meets musical theater (the opening orchestral passage literally could have come straight from Broadway), and it’ll likely be brilliant live.

Church of the Cosmic Skull – One Step Further

There’s not much to get us excited about as a new take on Midlands-based DIY cult rockers Church Of The Cosmic Skull, so we were obviously pleased when One step closer drifted into the consciousness of humanity last week. It’s a quiet affair that seems to slowly rise as it unfolds, with old-school production values ​​and sound that feels like it’s been beamed in from some pretty heavenly place. We advise listeners to join Brother Bill and his flock on their journey to enlightenment immediately, and certainly in time for the May release of the upcoming album. There is no time.

Cat lovers and riff merchants from Singapore, Ultra Mega Cat Attack is as fun as it looks. Just the name of the group made us smile, so it was a pleasure to find this Stay.Go. totally shaken up too – it’s giddy, feel-good fodder with a hard-hitting beat just begging to be danced to. The fact that they play with cat masks (and clearly take themselves pretty seriously…but not too seriously) is a bonus.

Need a simple and super effective alarm clock to wake you up this week? It will suit you. At I wonderBournemouth rockers Lean knowledge mix the screaming, sugary punk of the early Foo Fighters with the harmonized power pop of Eureka Machines. The video is very stupid. There are pies in the faces, cellophane-wrapped cars, and other forms of good-humored nonsense. Soul-healthy medicine, in other words.

There’s a wink and a swagger in this single that reminds us of Smith/Kotzen (the collab between Iron Maiden’s Adrian Smith and Richie Kotzen). For those who like their guitar heroics with a catchy chorus, a tasty solo and a funky fusion side, it’s a very good thing. McBride can weave his way through as many exotic scales and tricky techniques as the next Young Guitarist of the Year (a Guitarist magazine accolade he won when he was 15), but that’s his Thoughtful use of virtuosity here – and his sensibility to the song – shines.

Where other bands do acoustic versions of their singles, Moon Tooth did the opposite…sort of. take me home (released just a month ago) originally had a much more contemporary hard rock vibe. Today, they raised the bar for gung-ho, retro and paid homage to their inspirations. A deliciously schizoid ball of fire, this alternative version leafs through a who’s who of classic rock influences; “Hendrix, Allmans, Skynyrd, ZZ Top, Ray Charles and Stevie Ray Vaughan all came along while we were following,” explains guitarist Nick Lee. Fresh and fun.

Farees feat Leo Nocentelli from The Meters – The Melting

Set to Farees’ self-proclaimed “wall of groove” production style, this duet with The Meters guitarist is a syncopated kaleidoscope of squelchy funk, Latin vibes and Stevie Wonder-esque political anger. Plus the kind of trippy, idiosyncratic moments that make us think of Parliament/Funkadelic (“That’s Farees right there! He’s on drums, he sings, plays maracas, builds spaceships, all sorts of bullshit!”). It’s not hard to see why people like the Taj Mahal endorsed it.

The Hellacopters – So Sorry I Could Die

Swedish rock ‘n’ roll veterans The Hellacopters have announced their return in December with the typically animated film Harvest a hurricane, but new single So sorry I could die completely changed course. A blues ballad with an instrumental melody close to the classic Screamin’ Jay Hawkins I’ve cast a spell, it is animated by a passionate voice from leader Nicke Andersson and guitar solos that rocket in all directions before everything expires in a flurry of sweet returns. Great stuff.