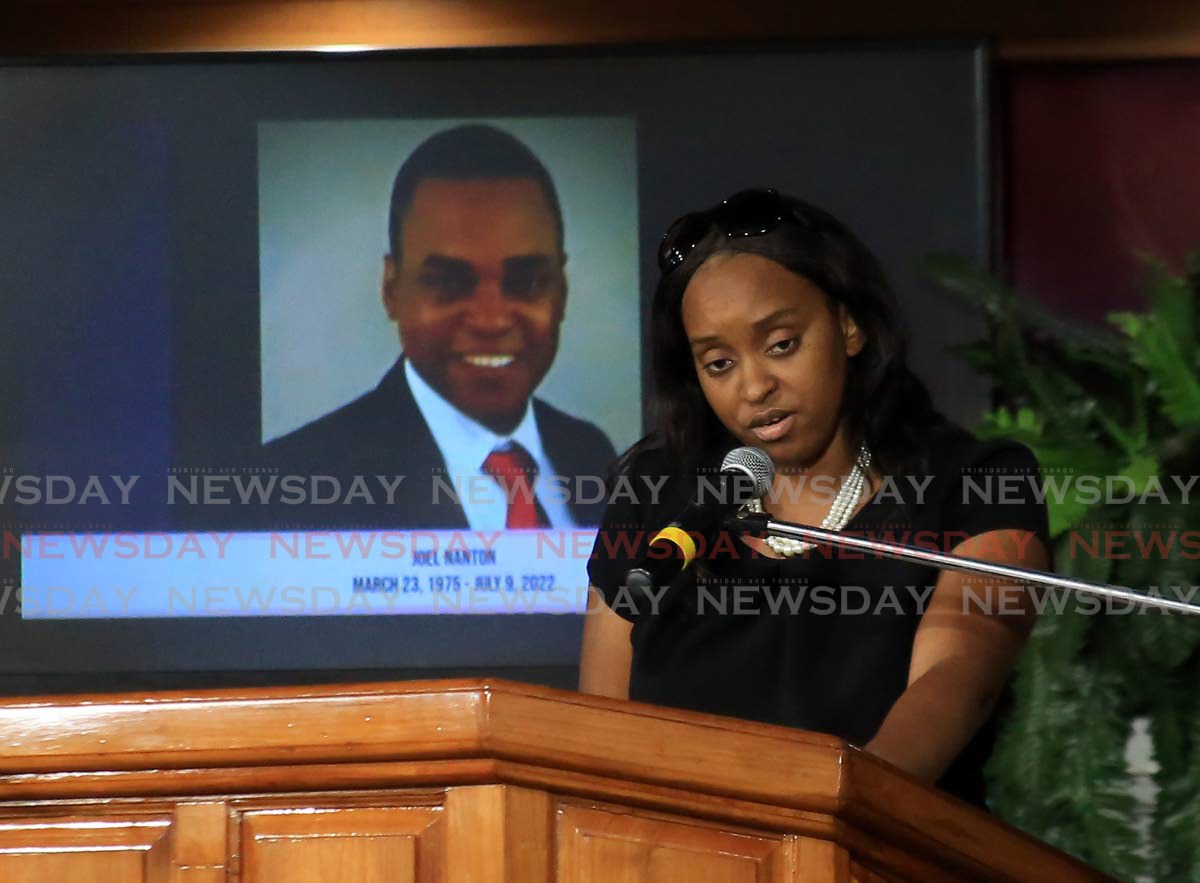 Former journalist and Reverend Joel Nanton was gentle but not weak. He was so full of love and wisdom that he overcame obstacles.

That’s how Reverend Joel Clark described Nanton during the homily at his friend’s funeral Saturday at the Jesus Elam Revival Assembly International in San Juan.

He said Nanton’s life was “a written epistle”, a representation of the Kingdom of God because Nanton was an example of how a man should live in this world among his family and peers.

“Unlike any other man, he represented the Kingdom of God. He was the written epistle of God, a love letter that has been delivered to this day to witness to all who came in contact with him – in his university, in journalism, in his professional career, his neighbor, his friends, anyway. He represented and showed that you could live a godly life, a holy life.

The 47-year-old former chair of the Department of Journalism and Media at TT College of Science, Technology and Applied Arts (Costaatt) at the Ken Gordon School of Journalism and Communications Studies died on July 9 after three and a half years of suffering. cancer, enduring four operations and chemotherapy.

His father and fellow minister, Ronald Nanton, described his son as a humble man, a loving husband, a model father, an exemplary son, an outstanding minister of the gospel and a true servant of Christ.

He said his son was loved and admired by casual acquaintances, colleagues, fellow journalists, neighbors, friends, family members, fellow ministers and believers around the world since he personally exercised his ministry in the United States, South America and Africa. , India and Europe.

He said that during Nanton’s pain and suffering, he was sometimes frustrated and cried out for relief, but he never deviated from his faith and would not allow anyone to try to erode his faith, even when it was mixed with sympathy.

“The apostle Paul said, ‘The life that I now live in the flesh I live by faith in the Son of God who dwells in me.’ The Son of God was to dwell in Joël Nanton. I saw the faith of Christ in him… Joël Nanton’s ministry was one of peak inspiration. What a son! What a fellow servant of Christ.

In addition to Clark, seven other reverends from congregations in the United States and Europe visited TT to greet Nanton.

They called him “the original man”. They said that everyone who crossed his path recognized that he was different and that to know him was to love him. They described him as unique, humble, caring and encouraging, exceptional in all his endeavors, positive, optimistic, pure, loving and Christ-like.

During the eulogy, her younger sister, Joanne Durrett, said Nanton warmly embraced everyone and was wholeheartedly invested in all of her roles.

She said his wife Hollene was his rock and highlighted how his three children looked like him and how proud he was of them.

“He was involved in all facets of his children’s lives and saw even the most mundane moments as a precious time to bond family.”

She said that, from an early age, Nanton “embraced church life” and became involved in many of its activities. He also played football, cricket, table tennis and was a runner. He was the glue and bridge between his three older and younger siblings, and he stayed in touch with them as well as his nieces and nephews.

She recalled that Nanton attended La Pastora Government Primary School, St Mary’s College, UWI for her Commerce degree and the University of Leicester for her Masters in Business Administration.

He worked at Newsday in the accounts department before being encouraged to become a reporter by former editor, the late Therese Mills, then as a forensic reporter at the Express.

In 2007 he became a lecturer at Costaatt and was later promoted to head the journalism department which produced many journalists now employed at various mainstream media companies. His younger brother, Sampson Nanton, is the content editor of Guardian Media Ltd. After the service, Nanton was buried in Lapeyrouse Cemetery.