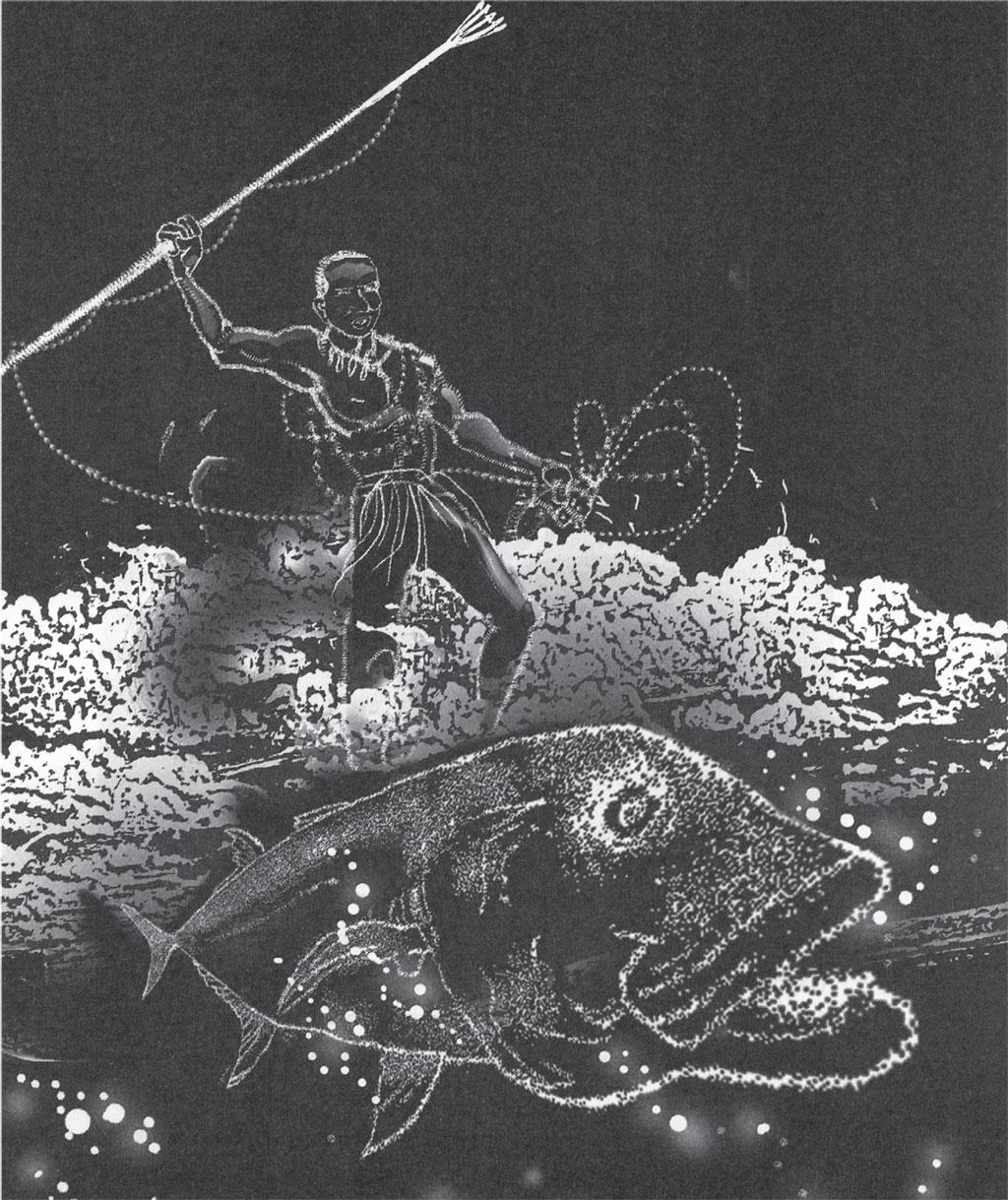 “Voices from the Lost Horizon” encapsulates the worldview of the Great Andamanese Tribe through their stories and songs, capturing a now-extinct culture

In November 2018, media in India and around the world were elated to learn that John Allen Chau, an American missionary, had been killed after illegally traveling to North Sentinel Island in the Andaman and Nicobar Islands to preach the Gospel “to the Gentile Dwellers”. ”.

These “pagans” were the Sentinels, one of the four Negrito groups of the Andamans. The others are the Onge, the Jarawa and the Great Andamanese, the last tribe being the subject of Anvita Abbi’s book. These four tribes are the result of the first human migration out of Africa 70,000 years ago, as Abbi notes in the book.

But “civilization” has not been kind to them. Ever since the British established a penal colony at Port Blair in 1789, the tribes have been exposed to epidemics against which they had no natural immunity.

Their populations are now extremely small. The Great Andamanese, the subject of the book, are actually divided into 10 sub-tribes – four in North Andaman, four in Middle Andaman and two in South Andaman. Each tribe had its own language but they were “mutually intelligible” or understood by the other tribes.

However, the central and southern varieties disappeared by the 1930s. Speakers of the four remaining northern varieties – the Bo, Jeru, Khosa and Sare tribes – were forcibly located by the Indian government on the island in the straits in 1970. The speakers intermarried and the result was a type of “Koine” or lingua franca known as Present-day Grand Andamanese (PGA).

Abbi, a Padma Shri and retired professor of linguistics at Jawaharlal Nehru University in New Delhi, was motivated to work in the Andamans because of the PGA condition. The language was “moribund”, meaning it was not used by current speakers for conversation, nor passed on to the new generation. Both generations were more fluent in Andamanese Hindi, a pidgin variety of Hindi spoken in the Andamans, than their own language.

Abbi was due to start work in December 2004 when the Indian Ocean tsunami hit. She was finally able to start in March 2005. Her project, funded by a scholarship from the School of Oriental and African Studies in London, consisted of “preparing a multilingual dictionary, writing an in-depth ethnolinguistic grammar, documenting the language in audio and video formats , documenting indigenous knowledge of the forest, sea and way of life, and where possible, sparking songs and stories.

Contacting the Great Andamanese was difficult enough, writes Abbi, who not only had to negotiate the difficult terrain – traveling between islands by ferry, crossing coves inhabited by sea snakes and saltwater crocodiles, living on Strait Island which had no infrastructure for guests – but also bureaucracy.

She was eventually able to come into contact with the Great Andamanese, which resulted in this book – a laudable attempt in that it gives an account of a culture that is now extinct. Two people who helped Abbi the most, a tribesman named Nao Junior and a tribeswoman named Boa Senior, have now passed away. Boa was the last speaker of the Bo language and died in 2010. Nao, who told nine of the 10 stories in the book, died in 2009.

The book consists of 10 folk tales and 46 songs in the Great Andamanese language. At the beginning of each folk tale, Abbi gives the context in which the story was told to her by Nao or Bo, followed by a common English translation of the story.

The appendix to the book also contains a line-by-line translation of several, but not all, stories. At the end of each story, a QR code provides access to some of the audiovisual recordings.

The stories, Abbi writes at the beginning of the book, encapsulate the worldview of the Great Andamanese. These were and are largely a people of hunter-gatherers and seafarers, and their evolution is therefore very different from agrarian and pastoral societies, writes Abbi. 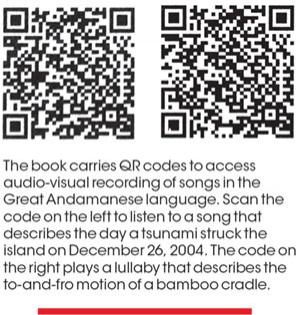 The stories deal with various themes: creation myths, cannibalism and headhunting, adultery and honor killings, domestic violence and murder, and hunting and fishing.

There are several revelations. For example, the first folk tale, The grand tale of Phertajido, tells us that the first human and man, Phertajido, was born from the mouth of a bamboo stalk. He created Kaut, the first woman, from Kaut, a type of soil used in making clay pots.

Maya Jiro Mithe is a delightful story that tells that most of the endemic birds of the Andamans are the ancestors of the Great Andamanese. It is accompanied by a visual representation of these birds with their local and scientific names. The story also tells why the tribe does not hunt Bol, a type of sea fish.

The water god May-Kobo and Jire explains why the tribe does not hunt at night and When We Hunted the Dugong: A True Story describes a great Andamanese dugong hunt.

Perhaps that is why future generations will thank Abbi and others associated with this work. As humanity rushes towards monolingualism, it is good to remember what Wade Davis, professor of anthropology at the University of British Columbia, says, quoted in the book: “Every language is an ancient forest of the mind, a watershed of thought, an entire ecosystem of spiritual possibilities.