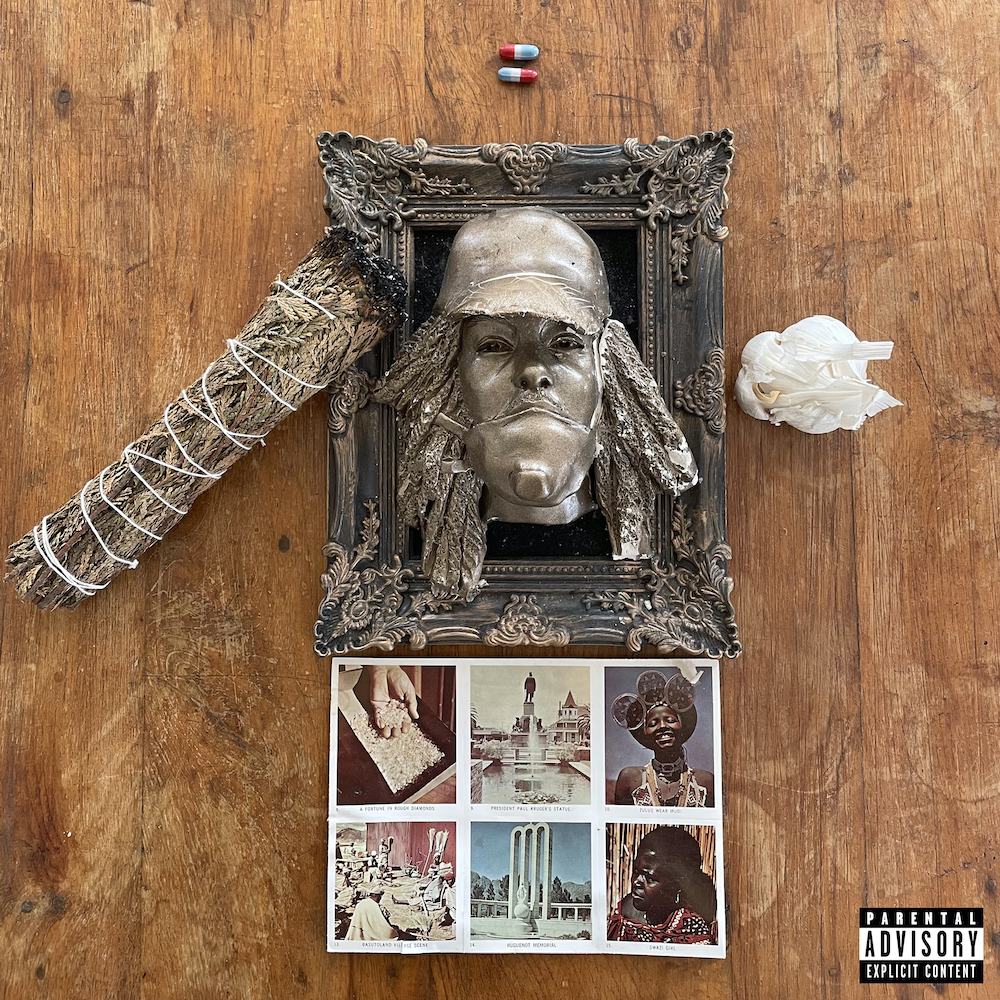 In a way, it’s a shame Earl Sweatshirt ever made an album called Some rap songs. The title of Earl’s last album was a sham and a provocation, since the songs on Some rap songs didn’t really sound like the working definition of “rap songs”. Instead, they looked like a young man walking through it, trying to deal with a whole range of trauma while drowning his own voice in sonic darkness. But on SICK!, his new album, Earl Sweatshirt really does rap songs. SICK! is Earl Sweatshirt’s debut album that doesn’t sound more creepy and withdrawn than the one that came before it. It’s dense, rich and contemplative work, but it also has the surly self-confidence one would expect from a collection of rap songs. In a recent Rolling stone interview, Earl says, “I had a goal, which was to meet people halfway.” But with Earl Sweatshirt, half the way is not. He hits us where we live.

There will never be another career like Earl Sweatshirt’s. It is simply not possible. Earl rose to internet fame as a teenager, and for his first year or two he was entirely defined by absence. The rest of Odd Future’s young team helped make Earl a famous mystery cause, and fans made up their own tales of where Earl was, what happened to him. When the world heard that 16-year-old Earl was in boarding school, his mother became something of an evil audience. Earl’s re-emergence was not the triumphant moment some of us had envisioned. It was strange, embarrassing and sad. Earl tried to counterbalance the narrative that had already set in, but the narratives have a life of their own. Earl signed a big contract with a major, but he didn’t follow his old friend Tyler, The Creator to headlining status at the festival. Instead, his music just got stranger and stranger. Earl turned inward.

When he did Some rap songs Over three years ago Earl was still dealing with the anger and sadness of his own rise to fame, and he was also going through public grief, mourning the giant poetry father who hadn’t been there as a child. . His music was layered and complicated because his life was layered and complicated. But in recent years Earl has found a new sense of creative community, teaming up with people whose conception of rap music is as loose and off-center as his. When he works with his peers – the Alchemist, Armand Hammer, Black Noi $ e, Navy Blue, Zeelooperz – Earl finally feels like he has reached a semblance of home.

Earl Sweatshirt has always been a tongue lover and album calling rapper SICK!, he piled meanings on meanings. The word “sick” has a positive connotation, and it also has a lot of negative ones. Earl recorded SICK! in the midst of pandemic blockages, keeping his circle small. LP comes into the world at a time when so many of us are stressed, disoriented and depressed, when an entire society feels like it is falling apart in a million tiny ways. Maybe that’s how Earl Sweatshirt has felt for over a decade. Perhaps it is we who meet him halfway.

SICK!, like Earl Sweatshirt’s last few albums, is short and focused – 10 songs, 24 minutes. Even when rapping alongside his peers, Earl seems like he’s immersed in his own world, perhaps because Armand Hammer and ZeelooperZ are rappers who’ve always built their own world too. And even SICK! is always sharper and more tangible than the hazy, atmospheric doubt journeys of Earl’s last records. Earl’s voice is higher in the mix. There is less blurry noise at the edges of the slopes. The drums hit more. The melodic loops are resolved. But that doesn’t mean Earl Sweatshirt is there to make Roddy Ricch records. Instead, it draws us in, crumpling time.

The beats on SICK! are beautiful. By working with an ensemble of producers who understand his voice, Earl has created something loose and hypnotic. A rhythm like the “Titanic” produced by Black Noi $ e sounds like trap music passing through a J Dilla filter – all the gurgling keyboard sounds and hi-hat whistles come in at weird and unexpected intervals. On one track, Earl is named after his “Uncle Fela”. A few tracks later, he rapped over a bubbling loop of triumphal horns that might have come full circle from a Fela Kuti record. (As of this writing, the album’s credits are not yet available, but my gut tells me it’s a sample of Fela.) Closer to the album, “Fire In The Hole” has watermarks of blues guitar and a soft, soaring piano; it’s the rare moment on this very short album where Earl allows himself to step aside and let the song roll without him.

the SICK! the album cover looks like the raw material of a ritual, and its image of Earl Sweatshirt is a frozen face wearing one of those masks that we’re all so sick of having to keep every time we step out to buy milk. The album is not on pandemic, but his attempts to realistically tackle bad feelings are resonating right now. Earl is still clearly dealing with his own past; on the first single “2010”, he looks back on his mother’s behavior in the wall. But Earl is 27 now, a father himself, and he’s able to dissect his own story without sentimentality. Leaving Los Angeles: “Hometown holds me like a rock, so you know how I have to jump it.” On all the bad spells he avoided: “Left the crib, slammed, no scabbard on the sword / I did it through the skin of my teeth, thank goodness.” At one point, Earl thinks his grandfather spoke 13 languages ​​but still had nothing to say to him. This is big shit.

Corn SICK! isn’t a woe-is-me album, and Earl Sweatshirt isn’t shy about turning his own life into his own kind of mythology. In a moment Earl will remind us that the job he does is hard: “Send a postcard from the depths / Bleed the vein until there is nothing left / You look exhausted, you should rest. In another, he will let us know that he Needs to bleed that vein: “Trust the rites of passage in life chapters / I have to write to find balance / This massive phone game, I do the right thing with the fragments.”

The fragments are what he gave us. Since returning from that reform school, Earl Sweatshirt has shown very little desire to chase the same kind of fame that some of his old friends have found. In this Rolling stone interview, Earl says he gave up an entire 19-song album because it didn’t sound true: “The album I was working on before had a really upbeat energy towards it, but it sounded disgusting. It was political, like a mayoral campaign. Earl Sweatshirt is not willing to campaign for us. But he is ready, for now, to rap, and that’s what he’s doing on this new album. SICK! is a weird, island rap record, but it’s still a rap record, and it’s a great one.