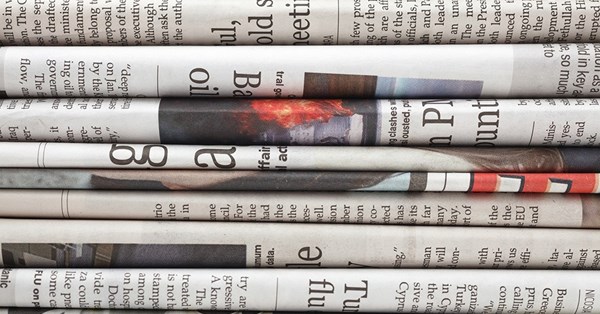 ONE of the most important things I’ve ever learned about journalism was being taught to me as a leader at The Independent in the midst of a crisis in the Conservative leadership.

It was 1992, and the question was Europe, of course – whether Britain should continue its policy of imitation of the Deutschmark, as it was then, within the ERM, an early precursor to the euro . George Soros had bet against the pound: it would soon make him unimaginably rich, but, for now, the official line from the Chancellor and Prime Minister was that we would persevere. Meanwhile, about half the Cabinet and some of the most powerful behind-the-scenes figures were furiously reporting against their own government to selected reporters.

The pressure mounted until, on the night of September 15, 1992, Matthew Symonds, the deputy editor, dictated the paper’s line to me to write: that the Bank of England must stand firm and defend the pound. As someone ignorant of both politics and economics, that seemed reasonable to me. But, I asked, surely we should have something to say to our readers about the possibility of failure? No, he said. In no case should we admit the possibility.

The next day, when the chef appeared, Black Wednesday is remembered. The pound crashed out of the ERM, despite the Chancellor’s threat to raise interest rates to 15%. The Conservative Party did not recover for decades. But the episode did no harm to Mr Symonds, whose daughter, Carrie, is now the third Mrs Boris Johnson.

The leader’s aim was to demonstrate Mr Symonds’ power and loyalty to the politician he was then courting. What I learned then was that you can build a position as a political commentator either by your exceptional skill in revealing the truth or by an exceptional dedication to denying it.

This is a great help when trying to understand the first few pages of the Mail and the Express the day after the vote of confidence: “Boris swears: I will strike above” and “Boris rebellious and rebellious: I will carry out the party with the victory”. The intended readership is not people stupid enough to believe this, but players smart enough to appreciate the audacity of the lie.

EARLIER, The temperature had sent two political journalists to interview the Archbishop of Canterbury. He first made them attend morning prayers in the crypt of Lambeth Palace; perhaps, as a result, he was conspicuously unbuttoned. “Finding out who his real father was didn’t affect him negatively,” he said. “His main concern was to protect his mother. “The two groups of people you really don’t want to talk about sex with or knowing their sex life is your parents and your children… Then having to phone your mother and say: Do you remember? She had no idea. She said: “I am an alcoholic and I was drunk. “

Archbishop Welby remarked earlier in the interview, “My mother worked at No 10 and one thing leads to another. You put brilliant young people under enormous pressure up close and then wonder that things don’t go so well. Well, keep dreaming, where is your understanding of human nature? »

Of course, nothing like that could happen today. We have the Prime Minister’s word.

The Archbishop was clear about his right to political statements: “The idea that I shouldn’t be political. . . is nonsense. Everyone is political. People like Boris Johnson know this very well. . . every person, institution or group lives in a political context, every decision we make is a political decision. True as that is, I doubt very much that Lord Williams or Michael Ramsey saw the world that way, although others of his predecessors undoubtedly did.

THIS interview was conducted before the school shooting in Uvalde, Texas (News, May 27/June 3); so no one questioned the archbishop about the problem of evil. But the Reverend Tish Harrison Warren, the from the New York Times symbolic Anglican writer, lives a few hours’ drive from the site of the massacre and, in her weekly newsletter, had the unenviable task of defending “thoughts and prayers” – an expression which is the traditional response of politicians who do not wish to upset the gun lobby.

The result was an education in the many meanings of prayer. There was the pastor who prayed “Give pastors wisdom while everyone is trying to use it as a political soccer ball” – about the most political take possible. She continued, “I asked him what he meant by that. He told me that the church should stay out of politics. . . He told me that too many people “weaponize tragic situations” for political ends.

But, for the most part, her story was a moving description of people for whom prayer was not a substitute for action, but its source and its nourishment. It is a pity that she was preaching to converts: her article, at 2,500 words, was far too long to make the main piece, and appears as a newsletter for interested subscribers.