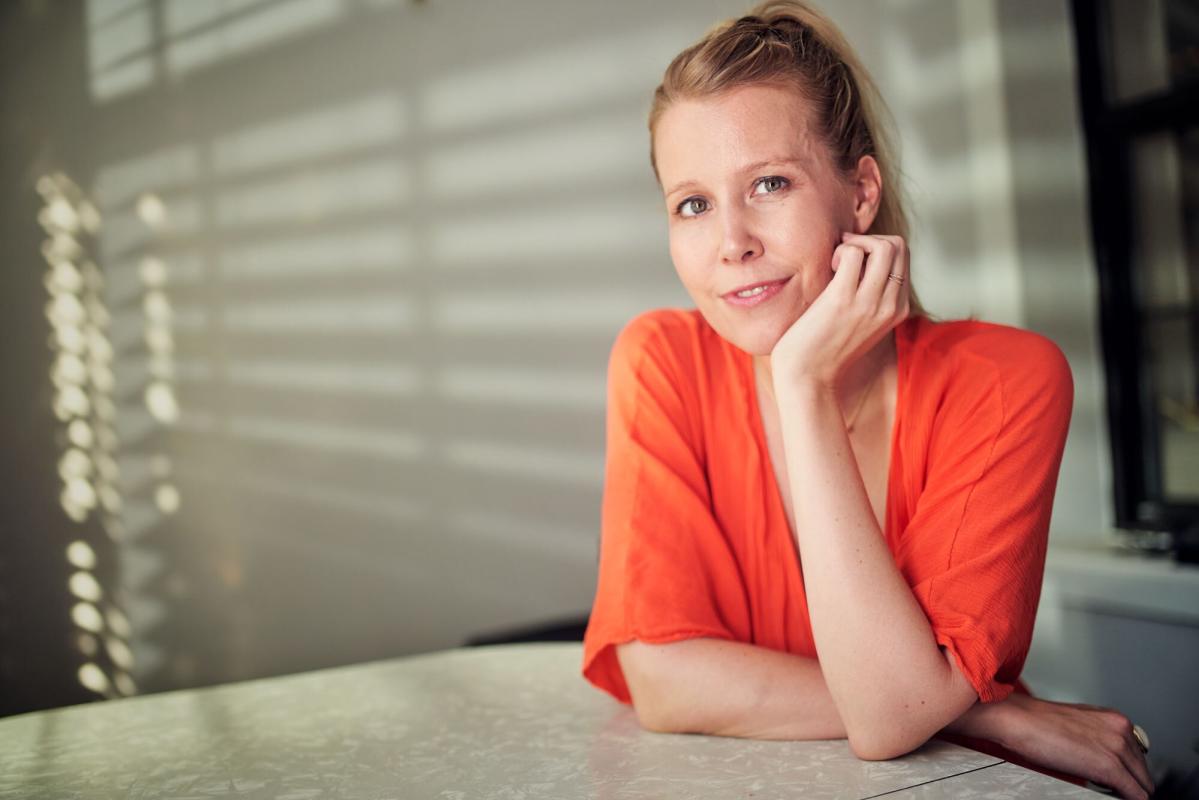 During lockdown at the height of the COVID-19 pandemic, songwriter Emily Cavanagh was heartbroken by the stories of people scared, alone and isolated from their families as they faced the end of their lives.

She wanted to do something to help, so she started calling hospitals asking if any patients dying of COVID would like to have a song written about them.

“I was so sad. I wanted to send some light,” says Cavanagh, who is based in New York. “People were dying with no one to hold their hand or be in the room with them or tell them a story or even listen to their story. It felt like we couldn’t do much. But in that very small way, as a songwriter, I started thinking, ‘Maybe I could find a way to tell people’s stories through songs.’ “

Cavanagh began her career as a social worker by day and writing and singing songs by night. For the past 10 years, she has combined these passions by making music to do good in the world. Whether she sings for children with cancer, performs for people with Alzheimer’s disease, shares her voice with homeless children in the Bronx or travels abroad to sing in orphanages, she uses her creativity and talent for helping others.

In the midst of the scary New York summer of 2020, her songwriting initiative for dying people was born. “We just saw the power of music,” Cavanagh told PEOPLE. “It allows for a bit of peace and a bit of comfort in such a difficult time.”

After receiving funding from a benefactor – whose wife died a year ago, at one of the hospices where Cavanagh regularly writes songs for patients – she officially launched the non-profit A Song For You almost two years later in June of this year.

“He was so generous and said, ‘You’ve been doing this for free for 18 months. I wish you could continue this well beyond the pandemic. But his only stipulation was that it had to be a non-profit association. He said, “I want you to continue writing for this specific population of people, people at the end of life who are sometimes forgotten and whose stories are not always told.” “, recalls Cavanagh.

Now she has a team of 50 volunteer musicians – and she’s looking for more, as many singers and songwriters are back on tour and often too busy for the quick turnaround required when writing custom songs. for hospice patients.

At first, many patients wanted to hear someone cover a favorite song. Now, however, Cavanagh and his team exclusively write original songs about people who are dying to tell their stories so they can be remembered.

Relatives of patients complete a questionnaire so that the songwriter can find out about the subject, the type of music they like and, just as importantly, dislike. Cavanagh or a volunteer then writes an original song and saves it as an MP3 file or on video so the song can be sent to the person who inspired the lyrics and music.

To date, A Song For You has sent approximately 150 original songs to patients in hospitals or hospices across the country (another 100 cover songs were also sent out before the association was launched). Often, social workers print the lyrics and frame them for family members who are experiencing the excruciating loss of a loved one.

“It was just a little gift we could send and something they could keep with them long after that person passed away,” Cavanagh said.

A woman, who was able to marry before she died, was able to dance at her wedding to a song Cavanagh wrote about her love affair.

Cavanagh also wrote a song for a 38-year-old man dying of cancer after his teenage daughter wanted him to know his legacy would live on in music. She used her daughter’s words for the piece, which was titled: “Singing Your Name.”

“It’s just this idea of ​​carrying on even after someone’s gone. I’ll keep singing your name,” Cavanagh explains. “If it’s a dark time, I’ll light the way, and one day your memory will do it for me.”

There are songwriters who focus on making music for happy occasions like weddings, but Cavanagh thinks the focus of his nonprofit is celebration, however poignantly.

“It celebrates someone’s life and their legacy in a very simple way. But it can continue even when they’re gone,” she says of the songs she and her fellow songwriters have. created. “It is important.”