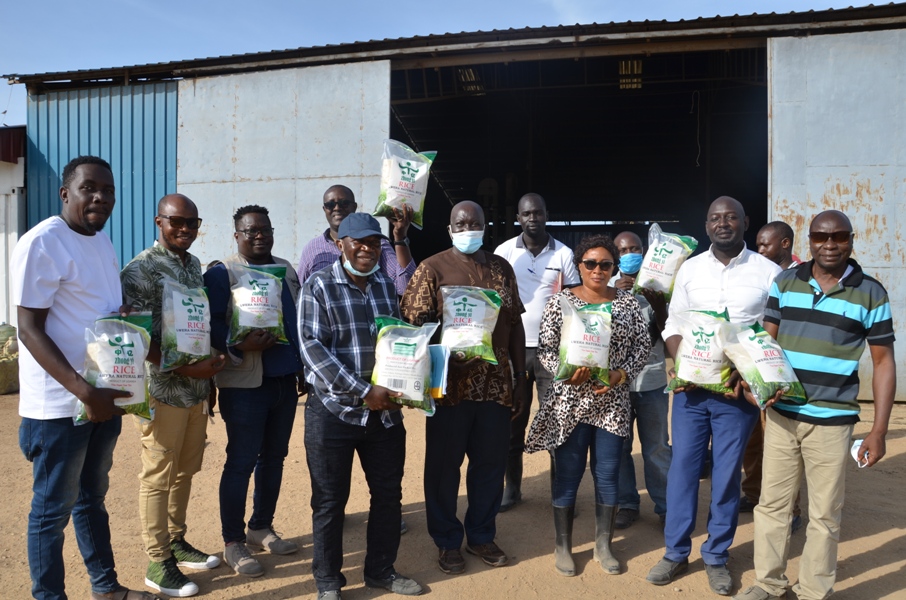 The Government of Sierra Leone commended FAO and the Government of Uganda for championing the South-South and Triangular Cooperation Framework (SSTC), through which Uganda has recorded milestones in agricultural production. After a week-long study tour and exposure visit to SSTC intervention implementation sites in Uganda, the government of Sierra Leone has strengthened its commitment to adopting the SSTC model, in order to accelerate the country’s goal of self-sufficiency in rice production by 2023. South-South cooperation is the mutual sharing and exchange of key development solutions – knowledge, experiences and good practices, policies, technologies and resources – between and among the countries of the South.

“The government of Sierra Leone is willing to set up a unilateral trust fund to boost South-South cooperation towards achieving 80% rice self-sufficiency and food security. We are ready to learn and adopt relevant strategies, including those used by Uganda, for the sustainable development of our agriculture, especially rice production,” said Hon. Theresa Tenneh Dick, Deputy Minister of Sierra Leone agriculture.

Mohamed Ajuba Sheriff, Acting Director General of the Ministry of Agriculture and Forestry, reiterated Minister Dick’s enthusiasm to learn from Uganda, revealing that when Sierra Leone started SSC, the country had no model from which to learn. However, the government of Sierra Leone has adopted a policy change involving mechanization, agricultural finance and grant-making, which will complement the achievement of the target under SSC.

Rice is the staple food of most Sierra Leoneans and it dominates Sierra Leone’s agricultural sector, contributing the largest share of agricultural GDP. Although nearly 75 percent of rural households practice rice cultivation, domestic yields are low, resulting in the importation of about 900,000 metric tons (MT) per year to fill the consumption gap. Developing the rice sector and achieving self-sufficiency in rice is therefore a high national priority for Sierra Leone.

The delegation visited Zhong Industries and Kehong Uganda Industrial Development Limited in Masaka and Luwero districts respectively, to learn more about ongoing FAO and SSC interventions in China. They also visited the Doho Rice Irrigation Scheme in Butaleja District, where they interacted with farmers whose lives and communities have been changed through SSC.

Sierra Leone is the sixth country to visit Uganda to assess the success of SSC. Previous delegations came from Tanzania, Côte d’Ivoire, Senegal, Guinea Conakry and Guinea Bissau. In Africa, Uganda is one of the flagship programs that the South-South Cooperation Unit of FAO can boast of, having acquired a wealth of experience in food security, within the framework of SSC. Uganda has used SSC to strengthen its development by harnessing the expertise of its southern counterparts (including China and Venezuela), having been a beneficiary country of the first two phases of the FAO-China Trust Fund for SSC. In the third phase of SSC (2021-2023), the Ugandan government will invest $9.6 million, through the establishment of a unilateral trust fund within the FAO, while the Chinese government will contribute approximately $2.4 millions of dollars.

“Agriculture is Uganda’s mainstay and the epicenter of our country’s development. For SSC to work, a coordination mechanism is essential to enable the government to mobilize the necessary resources, incentivize the private sector to invest and build capacity, and ensure that many multiplier effects trickle down to households,” did he declare.

“Through SSC and policy actions for rice promotion and production, such as the Uganda National Rice Development Strategy (NRDS), Uganda has increased its rice production from 150,000 MT in 2008 to 246,000 MT to date and is aiming for 740,000 MT by 2030,” said Alex Lwakuba – Plant Production Commissioner at the Ministry of Agriculture, Livestock and Fisheries (MAAIF).

Achieving the Sustainable Development Goals by 2030 requires new, innovative ways of working together and adopting creative approaches. SSC is one such approach that Uganda has used to increase agricultural production and profitability and has introduced 25 new technologies such as hybrid rice, foxtail millet, maize, rice-fish farming as well as agricultural equipment and tools.

Antonio Querido, FAO Representative in Uganda, noted that with over ten years of experience in SSC formulation and implementation, FAO Uganda has a strong program and management team. CSS in place to support the replication of its success by other countries. SSC is demand driven and ensures strong principles of national ownership and leadership.