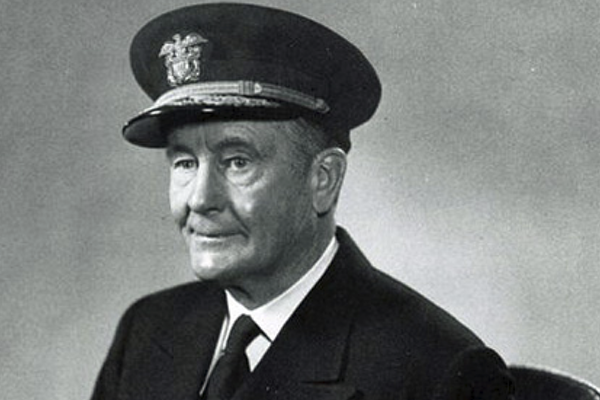 These questions are not new. They have already been discussed in our field. One of the most interesting insights comes from Samuel Eliot Morison’s American Historical Association presidential address in 1950″faith of a historian.” He is the author of several maritime histories, studies of New England and co-author of a popular text. His AHA presidential essay deserves consideration for its perspectives on the purposes of history, objectivity, and the influence of historians on the public.

* Historians are too influenced by the desire to satisfy and please their readers.

Historians must remain objective. But the historian’s “legitimate desire to interest, instruct and please is both the main motive of his work, a challenge to presenting his work in an artistic form and a danger to his professional integrity. He is tempted to stray from the truth to satisfy the school boards on which he depends for “adoptions”; or the biases of critics and the emotions of the audience to whom it seeks airing,” Morison wrote.

Historians may wish to consider writing ‘popular’ history, that is, books that appeal to a wide reading audience. But, Morison warned, popular history is a field mostly occupied by less-than-qualified nonhistorians. “Most pseudo-history writers… are gifted amateurs seeking to bolster a favorite theory with carefully selected facts, or people trained in journalism or a similar craft in which the story is the thing. If it agrees with the facts, fine; otherwise, so much for the facts.

*Historians should stick to the facts, not twist them to fit preconceived ideas or patterns.

Morison endorsed an oft-cited recommendation of the 19and historian of the century Leopold von Ranke: historians should simply “explain the event exactly as it happened”. This had been a goal often expressed in the 19and century but the community of history in the 20and had mostly seen it as simplistic. On the one hand, it is the historians who have chosen the facts to underline. It depended on the search for evidence, which could change over time as more sources became available or as historians examined old evidence with new insights. But Morison stuck to the old view: just the facts.

*Too many contemporary historians think they have to insert their own point of view.

Too many historians think their work is about interpretation, Morison said. “Somewhere along the chain of their education, these students have had a bolt in them called “points of view” fastened by a nut called “tendencies”, and they imagine that the historian’s problem is simply to compare points of view and describe trends. It’s not. The fundamental question is: “What really happened and why?”

* Historians understand, illuminate and explain the past.

“The positive task of the honest historian… is to illuminate the past. It will inevitably attempt to answer some of the questions that contemporary society asks of the past, such as the causes and prevention of war, how democracy works under different conditions and by different peoples, and the part that personality, climate , and the environment plays into determining events,” Morison continued. But “these considerations must be secondary in the mind of the historian. After its main objective of describing events “simply as they happened”, its main task is to to understand the motivations and goals of individuals and groups, even those he personally dislikes, and to point out the mistakes and accomplishments of people and movements, even those he likes. In a word, it must preserve balance.”

*Charles A Beard is an example where too much “interpretation” can lead to problems.

Morison spent much of his essay attacking a predecessor of AHA President Charles A Beard. His 1933 presidential address “History written as an act of faith” had asserted that all history is relative in a sense because a historian’s experience and frame of reference determine how he interprets history.

Morison pointed out that early in his career, Beard had a progressive or liberal bent. His famous 1913 book An Economic Interpretation of the United States Constitution had argued that the founding fathers were motivated by personal financial interests. This influenced the way people thought about the Constitution and the governmental structure it created. “The book was a huge success, quickly becoming the Bible of progressives. Thanks to this, Beard probably contributed more than any other writer except [journalist and satirist] Henry L. Mencken, to the contemptuous attitude of intellectuals towards American institutions, which followed the First World War.

Later, however, Morison continued, Beard became more positive about the founders, particularly in his book The enduring federalist. Beard was an early supporter of Franklin D. Roosevelt’s New Deal. But he became an isolationist and his 1948 book President Roosevelt and the Coming of War, 1941, argued that FDR’s policies dragged the United States into World War II.

“So Beard has come full circle. His 1913 book was received with the greatest acclaim in the camp of [socialist] Eugene Debs; his 1948 book evoked the mad enthusiasm of [conservative, anti-Roosevelt] Hearst press and the Chicago Grandstand.”

Of course, not all historians agreed with Morison, and probably less so now. Morison may not like to hear it, but his own “frames of reference” have changed over the years. On the other hand, he might reply that yes, they did, and that confirms what he was saying.

Morison’s views may seem outdated now, the discussion dated. But studying the historians of the past can shed light on our own times. Today, many historians are involved in social causes. Their books are cited to support or oppose the positions of non-historians on issues related to race, gender, social justice, and other issues. Morison’s essay gives us reason to revisit our purpose, our mission in society, and our role in how people understand their world and attempt to shape the future.