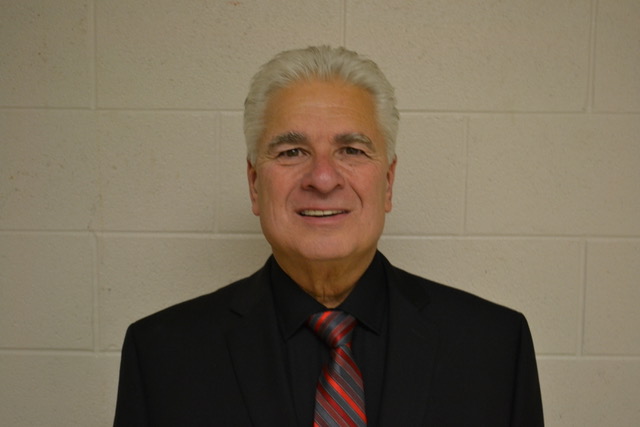 The Richmond Community Choir plans to welcome spring with songs to rival the robins, offering its final spring concerts April 22-24.

Although he has planned a flurry of upbeat pop, Christian music and patriotic songs for the spring concert, Richmond Community Choir director Joseph Agosta, who is in his 60s, has feelings of sadness at the idea of ​​quitting his job as a volunteer choir director.

“These 22 years have been great. It’s amazing. However, over the years I now have 11 grandchildren and some live out of state, like Dallas, and some live in Mount Pleasant. So I just seriously felt that the venues we’re doing right now, two shows, and all the practice and stuff, we’re usually doing 15 to 17 pieces of music, that’s a lot of work. I basically go seven days a week. I almost can’t get too far away to be with the family,” Agosta said.

He anticipates that the concerts on April 22 and 24 will be the last for the choir in its current format. It plans to offer future choir events on an intermittent basis, rather than the regular Christmas and spring concerts of previous years.

The Spring 2022 concerts of the Richmond Community Choir will be held at Richmond High School on April 22 at 7 p.m. and April 24 at 2 p.m. The school is located at 35320 Division Road in Richmond. There is no ticket fee to attend, but guests are encouraged to bring non-perishable food items to donate to needy Richmond Community School students through the Richmond Lions Club. Songs scheduled to be performed will include:

• A tribute to the group Queen, with a medley of several of their songs

The choir has between 100 and 140 members, with usually between 60 and 90 performers, Agosta said. The choir performed its first concert since the onset of COVID-19 in December 2021, and Agosta expects the spring concert to have around 75 choir attendees. The Richmond High School Choir is also set to join the Richmond Community Choir for the Spring 2022 concert. The Community Choir is primarily funded by sponsorships from PGS Dentistry, Dick Huvaere’s Richmond Chrysler, Dodge, Jeep and Ram and First State Bank.

Agosta began his musical training at the age of 2.

“The reason was that I was hearing music on the radio, and I was going to the piano and ripping the notes out of the song,” Agosta said.

Agosta’s parents discovered this talent and encouraged his interest by entrusting his musical education to nuns at St. Augustine’s Catholic Church in Richmond in 1952. When they tested his skills by asking him to tell them what notes they had chosen on a piano, they determined that he had a perfect ear. Agosta took additional music lessons in Port Huron and, at age 5, studied with a music teacher.

From the age of about 6, Agosta accompanied a choir in St. Augustine.

“At one point I had three teachers, one for theory, one for classical, and a music teacher in class,” Agosta said. “That way I could become more accomplished. When I was 11, I was offered the opportunity to go to the Julliard School in New York. There was an interview and talks and so on. It was an honor, but it wasn’t for me.

Agosta continued to take music lessons until around the age of 16, when he decided to cut back on his activities, although he continued as an accompanist in St. Augustine. He chose to major in finance at Macomb Community College and pursued a career in banking. Agosta continued to teach piano throughout his college years. In 1982 he moved to Texas and lived in the Houston area, playing piano in a church there and for public schools, as well as leading school choirs. While in Texas around 1989, he also traveled to Italy and played the organ at St. Peter’s Basilica in Vatican City. He was able to meet Pope John Paul II.

Agosta returned to Richmond from Texas in the summer of 1998 to care for his father. Her father died in December 1998. In 1999, Agosta worked with other interested members of the community to revive the Richmond Community Choir. The choir, originally created in the 1980s, died out in the 1990s.

“Louis Cantor, along with myself and Clair Manchik, have re-established the Richmond Community Choir,” Agosta said. “Louis led the choir, Claire helped organize and prepare the music etc, and I was the accompanist/piano, as well as the president of our new community choir in Richmond. This arrangement lasted for a year.

“He also left as director of music at St. Augustine’s Church in Richmond, which I was also the accompanist there, until Louis left. In the fall of 2000, I took over the direction of the Saint-Augustin choir as well as the direction and accompaniment of our RCC,” said Agosta.

He worked to increase the number of choir members and continued the traditional Christmas and spring concerts.

Although he is regularly retiring from the Richmond Community Choir, Agosta will continue to lead music and worship in St. Augustine as well as Holy Family Parish in Memphis. However, the community choir holds a special place in her heart.

“It’s the people, and when I say that, I mean both the choir people, the members, as well as the community people who come, the audience,” Agosta said.

Nicole Tuttle is a freelance journalist for The Voice.