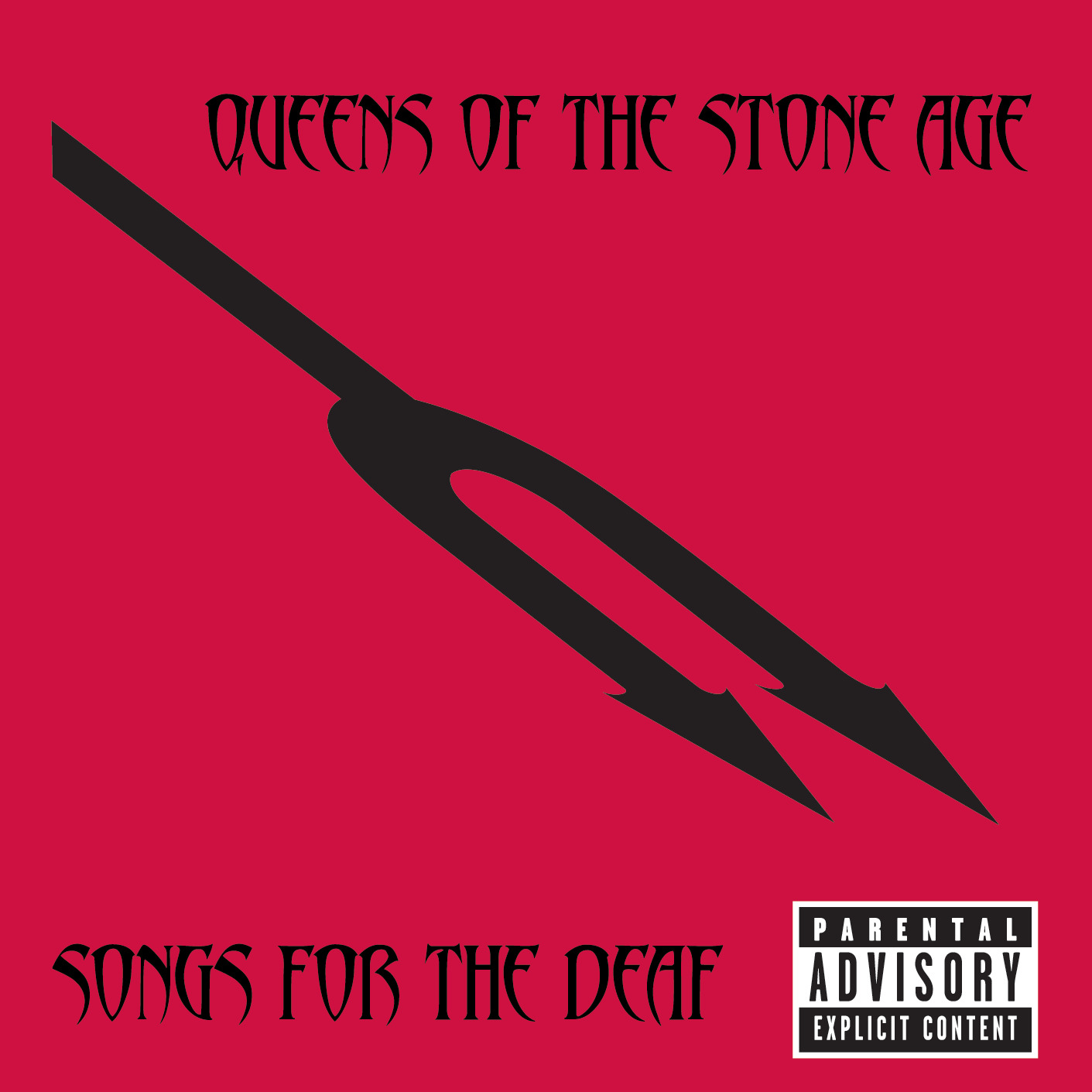 QOTSA’s third album was the first to list more than two people as “Queens Of The Stone Age” in its credits. Homme enlisted former Kyuss bandmates Alfredo Hernández and Nick Oliveri on the band’s self-titled album in 1998 and into the 2000s To classify, respectively, handling most of the instrumentation himself but also relying on a revolving door of guest musicians. On SFTD, Homme, Oliveri, Grohl and Lanegan receive equal billing. This 50/50 partnership between Palm Desert and the Seattle legends proved monumental, producing the best outright hard rock album the 21st century has given us so far.

Wicked riffs litter Homme’s discography like cigarette butts stuck to the floor of a biker bar – from the Motörhead cult of “Green Machine” to the mystical rock goddess of “Demon Cleaner” during the Kyuss years, from the fuzz monster “Avon” with the sordid harmonics of “Little Sister” with QOTSA – but the first four tracks of songs for the deaf spoil us with guitar riffs that are simply dumb. From “You Think I Ain’t Worth a Dollar, But I Feel Like A Millionaire” to “Song For The Dead”, Homme taps into a compressed, hazy tone like a man in a trance, communing with 50 years of rock history. . Tense and boogy while simultaneously raw and anthemic, there’s something to love for anyone who’s ever headbanged, whether they’re metalheads, punk rockers or AOR boomers. The palette expands as the album progresses, but SFTD opens with a beefy mission statement: the loose, garage jams of early QOTSA and the eclectic jukebox of To classify have hardened into diamond-like precision.

The riffs were still there for QOTSA; Grohl’s battery was not. In fact, Grohl plays on songs for the deaf is unlike his work on any other album he’s been on, before or since. Taking nothing away from its primal Nirvana highlights, its arena-sized beats on color and shapeor his underrated spins on Tenacious D albums, Grohl is locked the fuck in on this album to a degree that is alien to most rock drummers, more often the province of R&B and funk drummers he grew up idolizing. “Song For The Dead”, alternately daredevil and soaring, is a work of ruthless efficiency – the sporadic hits of the intro create the anticipation, the weightlessness of the start-stop motif of the verses and, well sure, the marathon filler that ends the song. Homme said shortly after the album’s release that “If you play with Dave, you’re excited to play with Dave, but you don’t want him dominating the music.” Far from there; on songs for the deaf, Grohl makes sure the music dominates you. Playing like John Bonham in a krautrock band, he lands on an expressive yet robotic style that fits into the vibe of QOTSA while elevating the energy and dexterity of their sound.

Lanegan and Oliveri are only an afterthought insofar as songs for the deaf is headlined by the white-hot chops from Homme and Grohl. Respectively, former Screaming Trees veterans and Kyuss provide the muscle and soul of the album – Lanegan lending his signature rasp to spaced out, mystical tracks like “Hangin’ Tree” and “God Is On The Radio” and Oliveri leading load up on the most veiny cuts like “…Millionaire” and “Six Shooter,” while delivering searing bass with his Fender P-bass throughout. The most prominent guest musicians are husband and wife couple Alain Johannes and the late Natasha Shneider of the band Eleven, whose flourishes on more obscure instruments like lap steel, theremin and e-bow give the album more cinematic flair than previous Queens. efforts. Oh yeah, and Dean fuck Ween is here to rip the guitars on three songs. The fact that I relegate this all to one paragraph should tell you how much fun Homme and Grohl are having here.

The main things that lead songs for the deafThe quasi-narrative of includes several brief interludes/sketches featuring the friends of the band (Johannes and Shneider, a few Eagles Of Death Metal guys, the Cramps’ Lux Interior, the Dwarves’ Blag Dahlia, Twiggy Ramirez, etc.) playing over-the-top versions of radio DJs. These provide a few laughs – the most memorable is “How’s your car ride going? I need a saga, what is the saga? to open the album – but like most sketches, they’re not integral enough to the album that you’ll want to hear them on your 20th listen. It’s an interesting idea from Homme, who had driven the 120-mile journey in question countless times in a car that didn’t have a cassette or CD player, but really, the music sounds pretty to a tense ride through a seedy landscape as it is.

After Dahlia’s opening speech, some of the first words out of Oliveri’s mouth are “Space truckin’, four on the floor/ Fortified with the liquor store/ This one’s down, gimme some more.” It’s seconds into the first real song (not including the hidden/muffled track “The Real Song For The Deaf”), and already these guys are out of booze. Throughout the rest of the album, references to the road, the desert and the sun abound, all laced with depravity and frustrated exhaustion. In 2007, Homme recalled that everyone was “extremely screwed up” during the filming of songs for the deaf, and this is not a surprise. “First It Giveth,” in particular, seems to tackle addiction head-on:

I’m into you, now you’re into me
I can not tell
You are so cruel, more than me
It’s true (It’s true)
True to you alone, up your sleeve
I want some (Come on, take it)
From all of you (This is yours)
To cheat on me

Unlike the tight compositions of the early songs, the album’s vocals generally sound either weary and desperate (if we’re talking about Homme and Lanegan) or belligerent (it’s Oliveri). Eventually, the music follows suit, never slacking off in execution, but reducing the frantic onslaught in favor of more psychedelic hues. As the hidden hits of “Mosquito Song” draw closer, we’re in”Easy Rider as written by Cormac McCarthy” territory. This arc does a much livelier job of describing the actual player in question than the radio DJ snippets, a player that Homme once said “makes you feel like you’re letting go – more of David Lynch every mile”.

Fittingly, the region containing most of these 120 miles shares its name with what is, to date, Lynch’s most recent film. Inland Empire came four years later songs for the deaf, and it wasn’t even filmed in the East Los Angeles sprawl, so there’s really no parallel to speak of there. But the album sounds a lot like the product of the current Inland Empire, rather than the open desert rock of Kyuss and the LA sleaze of the later QOTSA release. Once endless farmland, the gargantuan swaths of Riverside and San Bernardino counties are now known as a “logistics mecca” (according to Bloomberg), home to endless distribution centers as well as the worst levels of air pollution. ozone and atmospheric particles of the country. More crucial for SFTD, in 2007, Forbes reported that the area had both the highest rates of traffic fatalities per capita and the worst traffic in the country. So yeah, Homme and Co. weren’t having fun going back and forth on the 10. (It’s also worth mentioning that IE’s meth problem was so bad in the mid-2000s that it was the Vince Gilligan’s first choice for breaking Baduntil he was swayed by New Mexico tax incentives for filmmakers.)

If you were in that car with Homme, you might not have had fun either, especially if Oliveri was there too. These guys are both on record with extremely goofy behavior over the years, featured by the 2011 story of Oliveri arrested for domestic violence after a four-hour armed confrontation with a SWAT team (of a somehow he pleaded seven felonies to one count of cocaine possession). Homme kicked Oliveri out of QOTSA in 2004, alleging he did so after hearing he was abusive to his girlfriend, but don’t thank him yet. Over the next few years, Male (deep breath) got into a public fight with Blag Dahlia, shouted homophobic slurs at fans, kicked a photographer in the head, got chased by a fan who claims Homme attacked him after asking for an autograph, and most recently his teenage daughter was given a restraining order – in a messy row with his kids and his ex-wife, who alleges physical abuse of herself and the children, as well as drunk driving with the children in the car. For what it’s worth, the usually angelic Dave Grohl gave a “hard no” when asked to comment on Homme’s domestic abuse allegations last year.

So fuck it, man. Queens Of The Stone Age came out and did some real timeless rock and roll with songs for the deaf, but half of its key cast also mimic all the ugly rockstar cliches in the book. Some of this menace and these demons are part and parcel of SFTD‘s vibe, and the bitter Oliveri-led breakup songs “Gonna Leave You” and “Another Love Song” aren’t particularly fun in hindsight. If you’re determined to do that, you can probably separate the artist’s art on most other Kyuss and QOTSA materials, but there’s aggressive and confusing gibberish printed in SFTD‘s DNA. You can’t hear it, just like you can’t hear the mudshark of Led Zeppelin, or the domestic violence of John Lennon, or the courtship of countless 13 and 14 year old rockers in the 60s, 70s and 80s. .

If you don’t feel like getting into that van and you feel Homme and Oliveri’s eyes burning as they look around for the pill they dropped, c is perfectly understandable. Being in that passenger seat is probably only remotely fun. The trip from LA to Joshua Tree is only half the length of Raul Duke and Dr Gonzo Fear and hatred trek to Vegas, but songs for the deaf is every bit as thrilling and unsettling as Hunter S. Thompson’s contribution to the desert drug canon.