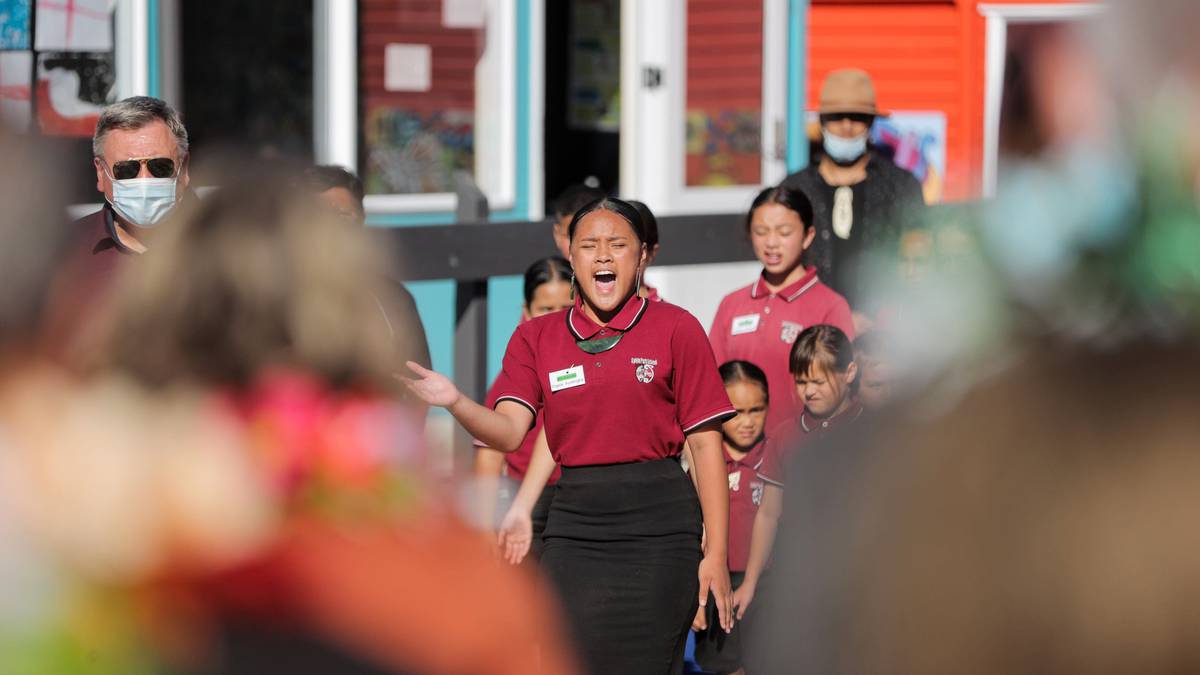 Teaching New Zealand history in schools will be one of Prime Minister Jacinda Ardern’s proudest achievements, she told schoolchildren today.

From 2023, it will be compulsory to teach Aotearoa New Zealand stories in the classroom up to Year 10, while the subject will be optional from Years 11 to 13.

The final content of the program was launched today, so schools can start planning to teach it from 2023.

Schools should use their own local stories to inform national themes.

Speaking at Sylvia Park School in Auckland at the launch of the scheme, Ardern told students that no country has a perfect history, but at least New Zealanders are ready to learn “from every part of our stories.

When she was 14, a teacher at Morrinsville College decided to teach her class New Zealand history instead of Tudor history.

“I was lucky, but I don’t want our children to learn our history by chance.”

READ MORE
• The part of our history that the new draft curriculum completely ignores
• Moriori fears his story will be excluded from the new program
• New Zealand’s history could be divisive, expert panel say
• National slams New Zealand’s Aotearoa history curriculum as unbalanced

The draft curriculum has been controversial, with critics saying it left out many important aspects of New Zealand’s history – from migrant groups who were neither Maori nor European, to the history and to women’s experiences.

More than 4,000 people made submissions on the program. These comments have been listened to and changes have been made accordingly, Associate Education Minister Jan Tinetti told the Herald.

It was a “big ask” to go through all the comments, but the Department of Education has done an amazing job putting them together, she said.

The program was due to be taught from 2022 but this was delayed by Covid. Teachers had asked for more time to implement the changes, but also said it was important to start teaching the program quickly, she said.

The extra time would mean resources would be in place to help schools teach the curriculum to be taught – including support from libraries, museums and the National Archives.

Asked if iwi and hapu might be overwhelmed by an influx of requests from schools wanting to know more about local history, Tinetti said his local iwi Tauranga Moana was already “well on track”. .

“They said they’ve been waiting for this opportunity for 150 years and they can’t wait to see it happen. They’re ready and willing to go for it.”

The New History Curriculum: What Has Changed

Among the 4,000 public submissions, an independent Royal Society panel raised numerous concerns about the content of the draft curriculum, including that it skipped over 600 years of Maori history – jumping straight from Maori arriving in New Zealand colonization by European settlers.

He also warned that there was “little sense that the stories of Aotearoa in New Zealand were played out in relation to and as part of the wider world” – which the panel called “serious omission”.

And the panel warned that teachers might worry about how to handle difficult classroom discussions about racism and conflict, some of which still hurt.

The program has also been criticized for having little mention of groups such as Asian migrants and not enough discussion of women’s history and experiences.

• Maori history is the fundamental and continuing history of Aotearoa New Zealand;

• Colonization and its consequences are at the heart of the country’s history and have continued to influence all aspects of our society; and

• The course of the country’s history has been shaped by the exercise and effects of power.

In the final edition, a fourth “big idea” was added:

• Relationships and connections between people and across borders have shaped Aotearoa’s journey in New Zealand.

The paper expands on this idea, claiming that travel, trade, aid and conflict have led to the adoption of new ideas and technologies, political institutions and social movements.

Other additions include a requirement for students to know the history of economic activity in New Zealand and to learn about “the diverse stories and experiences of the people of Aotearoa”.

The idea that colonization “continues to influence all aspects of our society” was also removed.