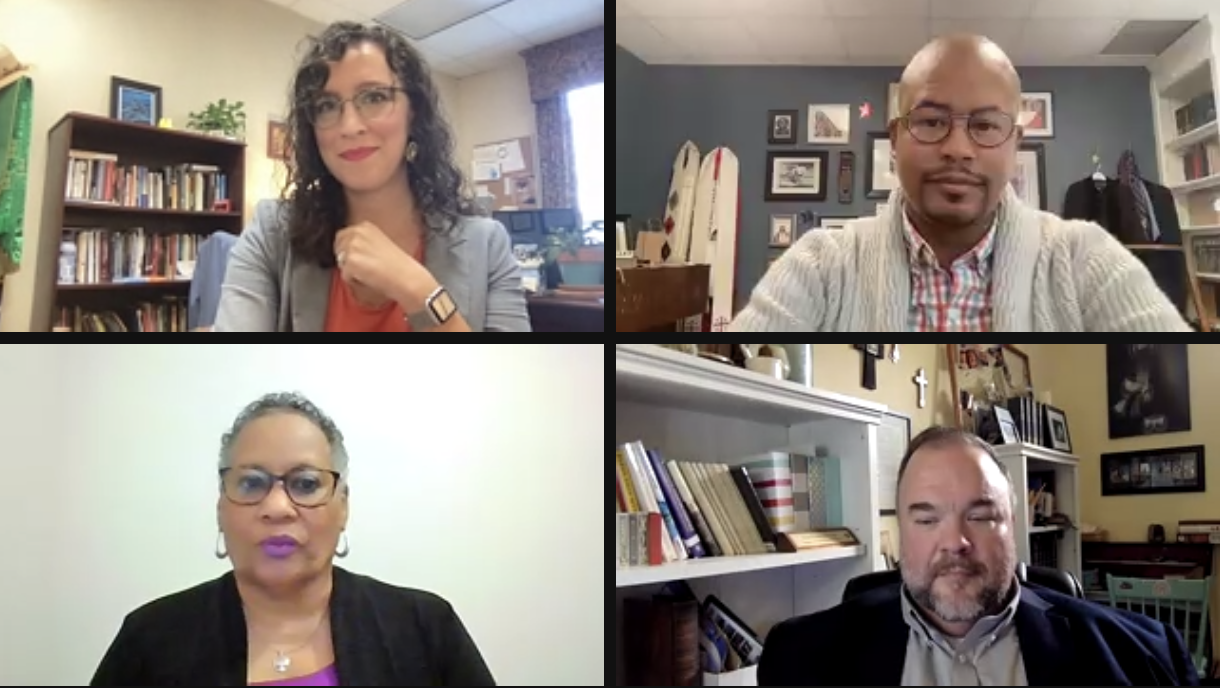 The COVID-19 pandemic has brought in a “new era of ministry” – affecting both pastoral leaders and congregations in profound and lasting ways, according to a just-released study.

Many pastors report feeling exhausted from coping with stress, conflict, and grief — grief both from their own personal losses and those of their communities. Juggling responsibilities was particularly difficult for the parents. Some pastors have done the hard work to push their white congregations to deal more deeply and honestly with systemic racial and economic injustice — sometimes encountering pushback.

Amid these challenges, many church leaders – pastors and lay leaders – have shown remarkable strength, adaptability and resilience.

These are some of the conclusions of “#Pandemic pastor“, a report was published on September 1 and contains the conclusions of the researcher Eileen Campbell ReedVisiting Associate Professor of Pastoral and Nursing Theology at Union Theological Seminary in New York, and founder and host of Three-Minute Ministry Mentor, a podcast and a video blog. Between June 2020 and April 2022, Campbell-Reed interviewed more than 100 pastors, chaplains, campus pastors and lay leaders about the impact of the pandemic on their ministry, including some connected to Presbyterian Theological Seminary in Austin.

As reported anecdotally by leaders of the Intermediate Council of the Presbyterian Church (USA), some pastors have resigned due to the stress of the pandemic.

“Some ministers had to leave during the season,” Campbell-Reed wrote in a pastoral letter accompanying the report. “Others have been remarkably resilient during their stay. For some, it was their resilience that gave them the courage and determination to step away from the church for a season or more.

And: “I’ve heard some things women clergy want their churches to know: The constant drip of sexism is exhausting and once again women bear the brunt of change and loss.”

On the ground. During a webinar on September 1 hosted by bona fide media Announcing the release of the report, four church leaders described some of what they had seen and experienced during the pandemic.

Sarah McClelland-Brown, a minister in the Christian Church (Disciples of Christ), was serving a small rural “red” congregation at the start of the pandemic, when she was pregnant with her second child. In May 2020, during her state’s stay-at-home orders, her congregation leaders insisted that she resume preaching in person. She quit instead and was later called pastor of First Presbyterian Church in Warner Robins, Georgia — a congregation she says has been warm and tolerant. But the struggle of being pregnant, mother of a toddler, and being told by her previous congregation to do something she considered dangerous still resonates in her mind.

Peoples of Timothy, senior minister at Emerywood Baptist Church in High Point, North Carolina, is a black minister in a predominantly white congregation. Just before the pandemic, his church was thriving. But the pandemic and the police killings of Breonna Taylor and George Floyd in 2020 meant “we finally began some difficult discussions and challenges that we had postponed for so long. … I’m a black pastor in a predominantly white church – and not just any type of white church. You know, our address is on Country Club Drive.

He told his congregation, “you can’t call me pastor and n***** at the same time” – which offended some who did. He wrote an email to the congregation, including a Malcolm X quote that “if you stick a knife in my back nine inches and pull it out six inches, there’s no progress. If you remove it completely, that’s not progress. Progress heals the wound the blow made.

People asked her church to think about how she could have driven the knife in, caused the injury, or failed to work for the healing. He opened the sanctuary for conversations about issues involving racism and white privilege – asking not just for book studies on anti-racist work, but for real change. Some people left.

In the midst of all this pressure and pain, Peoples broke down. The church members found him on the ground and said, “you’re overdoing it” – they insisted he take some time off. When he returned, they gathered around the large dining room table he uses as an office and said, “This is a job we need to do together, not a job you need to do alone. .

Jacques Hallnow Director of Faith and Culture Initiatives at the Eula Mae and John Baugh Center for Baptist Leadership at Mercer University, served as pastor of a Baptist church in Macon, Georgia, before taking his current position in 2021. Rather than finding support in the difficulties of the pandemic, he faced criticism.

At the start of the pandemic, he was senior minister at “one of those 1950s churches with pristine colonial architecture and pristine colonial sensibilities.” Hall said he saw how political polarization broke into the church. At a time of great anxiety, “when we were facing our most difficult struggles…in our context, our church leaders were pointing and saying, ‘So you admit this has affected your job description and your ability to do your job.'”

Rather than being supportive, “it was a moment where the shared grief, pain and blame of the entire community felt displaced and transferred onto leadership.”

This was especially true, Hall said, in churches with an older mentality that valued in-person programming as a way to attract worshippers, and produced a “real identity crisis” when everything moved online. In this season of intense conflict, “I asked a church leader at the height of the pandemic what success for this congregation would look like…and he said, ‘Bums in the seats and profits in the end of the year.'”

Over time, “all this anxiety and anger and inability to share any…compassion has led to a deep rift within this community between pastor and church and really between the pews, which has decimated this church” .

Teresa Jefferson-Snorton, a bishop of the Christian-Methodist-Episcopal Church who serves in Alabama, said the response of many pastors at the start of the pandemic was to “work harder” – leading in some cases to burnout and disappointment. ‘exhaustion. She tried to help pastors see themselves as part of a team and give themselves permission to do less, make space and time for self-care, and connect with colleagues. of the clergy.

“We have seen a lot of death,” she said – with pastors caring for grieving families not being able to gather at a bedside or for funerals, or suffering loss or illness due to COVID. in their own family. She met ministers one-on-one, helped them identify support resources and told them, “It’s good to take care of yourself.

The research. Campbell-Reed offered some details about what the research revealed.

What has the pandemic learned? “All the usual challenges of living together in a faith community have been amplified and made more complex by the COVID-19 measures and multiple pandemics that have come to light this season,” Campbell-Reed wrote. “We need healing and new future stories.”