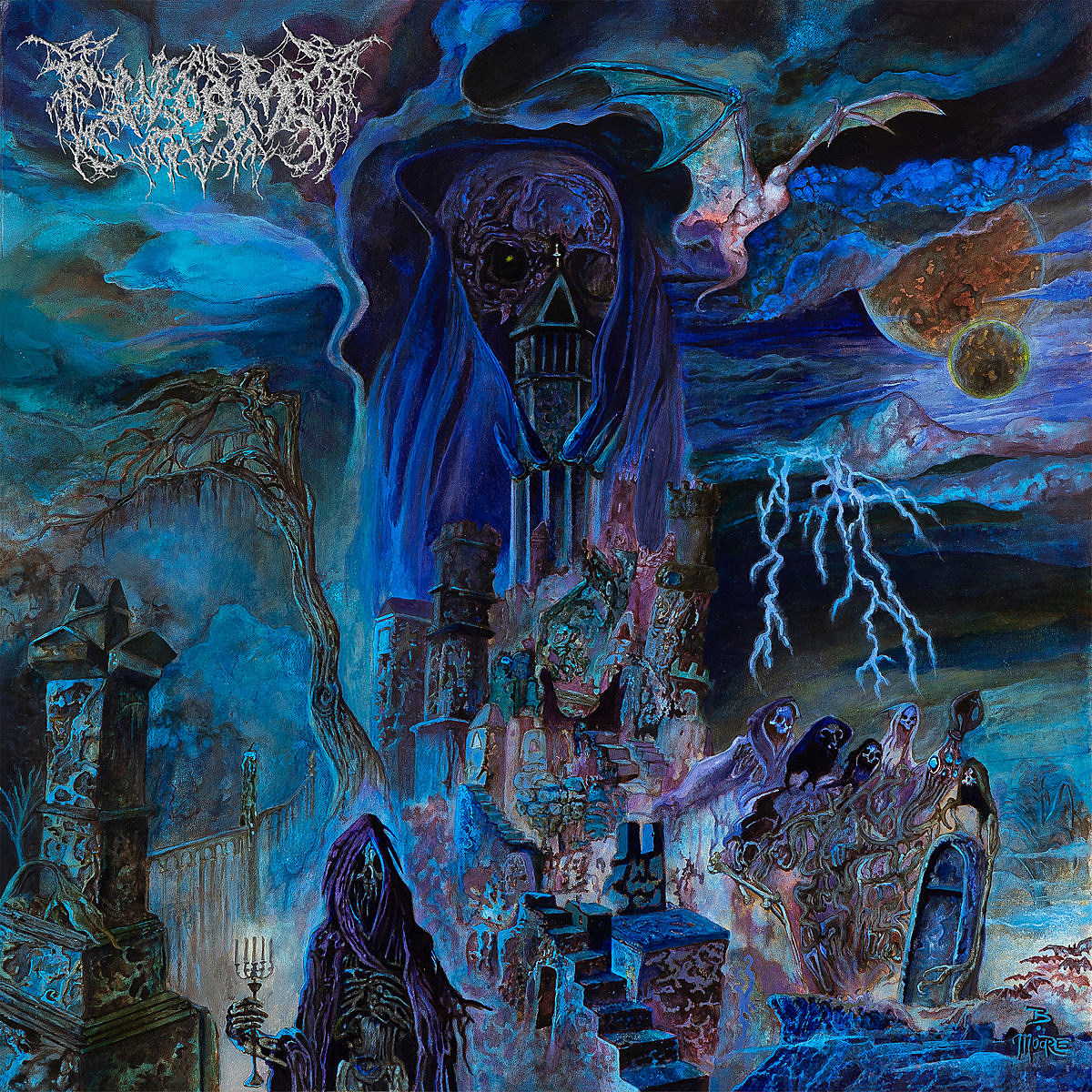 The last taste of Patient number 9 is a collaboration with longtime Ozzy guitarist Zakk Wylde, and it finds the Prince of Darkness exploring his ballad side with his trademark sneer that sounds as unmistakable as ever.

PIXIES – “THE RULES OF WINE”

The Pixies’ new album Doggerel came out at the end of the month and they just shared this song that definitely sounds like them…through The Who-style windmill power chords. Black Francis says it’s about: “Living in Los Angeles in the 90s with my then wife, hanging out with Joey and his ex-wife, lots of trips to Las Vegas, lots of booze, a little drugs, real good times.”

“This song was created in a hot, sweaty, smoky room one evening in mid-July, filled with six or seven sweaty Minnesotans, four or five laptops, a piano, a smoke machine and undeniably heart-pounding laser lighting. contagious groove, it’s a miracle we all survived,” says Kurt Wagner of Lambchop. “But here we are. Lightning in a beer bottle.” Lambchop’s new album, The Biblereleases September 30.

Famous London club Fabric, which has inspired many Fabriclive blends, has launched its own label, Fabric Originals. The EP’s first release is a split with Eris Drew and Octo Octo. Stream a track of both.

Here is the second single from Simple Minds’ upcoming new album. direction of the heart. Co-written by founding members Jim Kerr and Charlie Burchill, “First you Jump” is a classic Simple Minds big screen that comes accompanied by an equally epic video shot at the Teatro Antico in Sicily.

Petbrick, aka Wayne Adams (Big Lad) and Iggor Cavalera (Cavalera Conspiracy, ex-Sepultura, etc), have a new album titled Liminal due September 23 via Neurot Recordings, and new single “Grind You Dull” is a noise/industrial/punk rage with guest vocals from J Bannon of Converge.

Canadian thrash/speed metal legends Razor have shared the second single from their first album in 25 years, Cycle of contemptand it’s another ripper that goes back to their classic era.

JR SLAYER (THE BLOOD BROTHERS) – “THE FADE OUT”

Blood Brothers member Cody Votolato’s JR Slayer project has its new EP produced by Will Yip not rotten out this Friday (9/9) via Will’s Memory Music label, and here is the crisp and powerful new single “The Fade Out”.

LATE FLOWERING – WHERE ARE THE BONES PE

North Carolina’s Late Bloomer tones down their usually heavier indie rock sound for something softer and more acoustic based on this new three-song EP.

Austin industrial punks Street Sects have released a new single, and this one has a big anthem sound that will take you back to the 90s era.

She/Her/Hers has grown from Emma Grrl’s solo project to a full band and announced a new self-titled album, due October 14 via Don Giovanni. The first single is the explosive, horn-fuelled folk punk of “To-Do Lists (Color Coded)”.

Florida black metal/death-doom band Worm will follow 2021’s beloved Foreverglade with a new EP, nothing blue, on October 28 via 20 Buck Spin. A teaser has now been released with two and a half minutes of clips from the EP, and it sounds pretty epic.

Jobber is the new band of Hellrazor members Kate Meizner and Mike Falcone (the latter also being in Speedy Ortiz), and their debut EP Hell in a cell releases October 21 via Exploding In Sound. The first single “Entrance Theme” is a catchy, punky power pop that will take you back to the days of bands like The Rentals, that dog, etc.

Midwestern hardcore metal bands LIB and Rejoice have a new split today on Delayed Gratification Records, and it’s all sizzling.

COURTNEY MARIE ANDREWS – “THESE ARE THE GOOD OLD DAYS”

‘Those are the good old days’ is a saying my uncle always says to try and remind us of the beauty of the present,” Courtney Marie Andrews says of this new song. “I tend to always live in a constant state of setback being 20/20, and I wanted to write that as a sort of mantra to honor my family’s sentiment. I also sincerely wanted to write a feel-good song after a few years so dark. Even in the saddest times, there are little moments that you will always look back on with a tenderness that doesn’t seem so sad after all – they seem perfectly placed. His new album loose future will be released on October 7 via Fat Possum.

Brooklyn band SCAB will release their second self-titled album on November 1 via Grind Select. Lead single “Tuesday” is powered by a driving bass line and shimmering guitar lines. “‘Tuesday’ is a song about the disillusionment of trying to form meaningful connections and aimlessly searching for something worthwhile,” frontman Sean Carmargo said. “There is a scene of Seinfeld where Newman says “Tuesday has no feel”. Monday has a feel, Friday has a feel…” and that kind of non-specific, hard to pin down kind of vibe is what I wanted to express with the lyrics… you’re trying to get through the week, finding a shred of happiness to cling (to sit in the sun, to feel it burning the skin), to look for something but not to find it.

Aoife Nessa Frances’ long-awaited new album Protective comes out in October, and the latest single is “This Still Life,” which Aoife says “is about the juxtaposition of feeling small in an endless universe while reflecting on the significance of my own birth and existence. It’s about learning to move slowly through the world, listening to nature and trusting that I can find my answers within.”

“There’s a lot of neo-romantic influences in ‘Don’t Go Back,'” New Zealander Marlon Williams says of his new song from the upcoming My boy. “I love the songwriting and outrageousness of bands like Duran Duran. I was too young to get a feel for it the first time around, but at least to the modern ear there’s a silliness in the pathos of this music which definitely had an influence on the tone of the album.

THE AFGHAN WHIGS – “A LINE OF BLOWS”

The Afghan Whigs’ new album How do you burn? was released this Friday, and just before that, they shared the video for “A Line of Shots.” Directed by Patrick Pierson, it sets the big-screen anthem song against a roller disco backdrop, complete with cool choreography.

Sorry’s long-awaited new album everywhere except here will be released next month, and they just shared another piece of it. “Key to the City” is a prime example of what Sorry does so well, combining sly R&B elements into dark, gritty indie rock that the band says wants to feel “cinematic and lonely.”

The WAEVE, aka the duo of Blur guitarist Graham Coxon and Rose Elinor Dougall, have announced their self-titled debut album, which will be released on February 3. Here is the first single from the album.

Decius includes Lias Saoudi of Fat White Family, brothers Liam and Luke May (founders of Trashmouth Records) and Quinn Whalley of Warmduscher. This is the first single from their debut album.

Excide, the alternative rock-infused hardcore band based in Carolina, have announced their debut album, Deliberate revolverand you can read more about the new single “Flip” here.

ROTTEN IN THE DIRT – “STATIC STEM”

Chaotic metalcore band Rotting In Dirt’s new EP arrives this week via Zegema Beach Records and you can hear more about the new single “Gallows In Static” here.

Björk shared “Atopos”, the first single from her upcoming album Fossorand you can find out more here.

The latest single from girlpuppy’s new album When I’m alone is “Destroyer”, which you can read more about here.