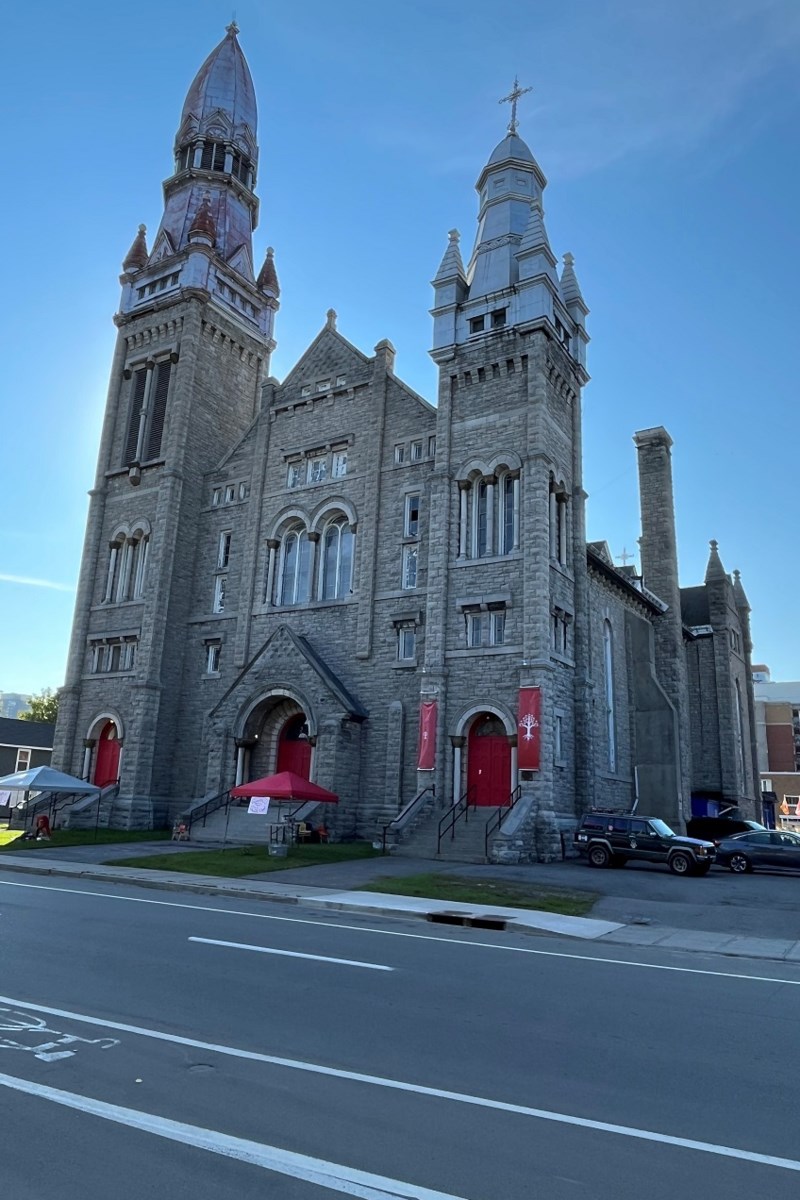 Despite an eviction order that went into effect at 12:01 a.m. Thursday, August 25, members of the “United People of Canada” remain at St. Brigid’s Church.

Ottawa police continue to monitor activity at a church in Lowertown, where a dispute between the owner and members of the “United People of Canada” (TUPOC) is causing concern among nearby residents.

In a statement released Aug. 24, the Ottawa Police Service (OPS) said officers were called to the site on multiple occasions “to maintain the peace and enforce the law while the dispute between the landlord and the lessee would work his way through the proper legal channels.”

Despite an eviction order that went into effect at 12:01 a.m. Thursday, August 25, members of the “United People of Canada” (TUPOC) remain at St. Brigid’s Church.

A bailiff delivered a “tenant’s notice of termination” to TUPOC on August 17, giving the group five days to vacate the church.

The organization moved into St. Brigid’s Church this summer, as part of a conditional offer to purchase the space. The group says it has no ties to the protest that denounced COVID-19 restrictions and the Trudeau government in February, although several of its board members have ties to the convoy movement.

Clashes between locals and TUPOC members took place on the evening of August 24, and witnesses said there were at least two swarms of locals in the area and at least six police cars were called to the scene.

“In light of multiple calls for service, police will maintain an enhanced presence at this location until the civic dispute is resolved,” the OPS said.

TUPOC Director William Komer said the bailiff was being investigated by the SPO, adding that TUPOC members could arrest the bailiff if he returned to the property.

The OPS has been advised that the owner expects a court order to be issued, but it is unclear when that will happen.

“In the event that the court issues an eviction order for this civil matter, it shall be directed to the sheriff for execution, pursuant to the Courts of Justice Act,” says the OPS. “Once we receive the court order, we will contact the sheriff’s office to determine if OPS assistance is required.”