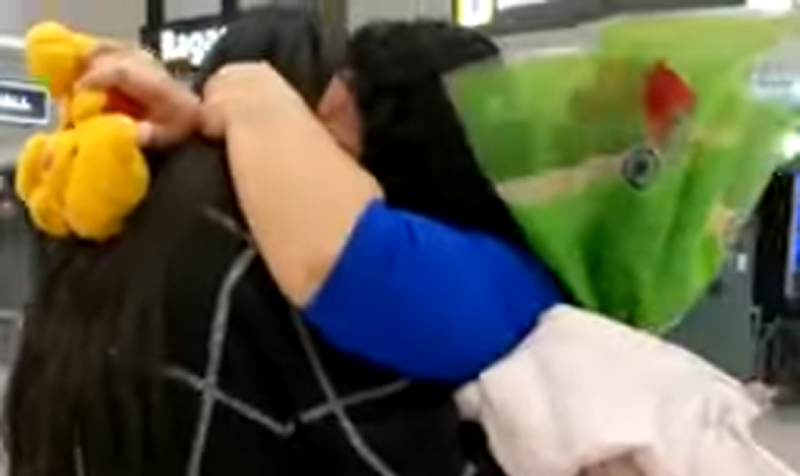 Earlier this month Homeland Security Secretary Alex Mayorkas requested a private meeting with myself and my client, a mother who was separated from her daughter in 2017 here in El Paso. It took four years to bring them together.

Jessica also joined us, who first met my client’s daughter at her local church a few weeks after being separated from her mother when she was only 12 years old.

Jessica quickly kissed her and became more than a friendly face, but a true friend who took it upon herself to mend our country’s shameful past. When the time came, she played a vital role in their reunification. She helped us get my client’s daughter out of a very difficult situation and keep her safe as I worked around the clock with DHS Family Reunification Task Force Executive Director Michelle Brane to bring back my client at home.

Since their reunification, my client and her daughter have lived with Jessica, where they celebrated her daughter’s birthday and shared their first Thanksgiving together.

I was touched by Secretary Mayorkas’ desire to meet with us. In 2018, as I helped stop the deportations of separated mothers and secure their reunification with their children, many Americans reached out to help me. They have created Amazon wishlists for my clients and their children.

As I dropped off a family at an El Paso hotel, just hours after my client was released from detention and reunited with her children, who had flown overnight from a shelter in Chicago, I helped her children to open backpacks, sets of new clothes and toys for their escape the next morning to meet their father, who was already fighting for their asylum claim. They hopped up and down on their hotel bed as my client wiped the bittersweet tears from her eyes.

I think about that moment because he was also a redeemer for me. Throughout those grueling months and Trump’s presidency, I felt deep pain as my community was militarized, demonized, and even terrorized.

I was flabbergasted because the best parts of my own existence, my duality as a frontier woman, my condemnation as a lawyer for the defense of persecuted people, were seen as a weakness and even a threat to our country.

I also felt sorrow that Americans could not understand the beauty of our work. To fight for the persecuted is to deploy America’s greatest strength as a benevolent and democratic giant. My strength was in the generosity of our country, and by the end of Trump’s presidency we had none.

The conviction and courage in the task force’s efforts to bring parents together, even in the extremely difficult situation that my client had to go through, is a testament to a greater strength that is still underutilized in this administration.

While the previous administration threw itself to the far right on immigration policy, here at the border we need more than the center, we need aggressive change to undo the damage that were caused – just to reach the threshold of normal.

This year will end as it started, with “stay in Mexico” in place, with Title 42 in place and with a very high number of migrants detained at ICE facilities.

Just like last year, a horrific accident during a border officer chase rocked our community, this time on the second anniversary of the August 3 terrorist shooting.

And just like last year, we have no closures or assurances that our community will be any safer in the hands of hyper-vigilant immigration officials.

I am struck by how often parents doubted whether they would really be reunited, if they could truly trust our government. After the past five years, I was the blind leading the blind, encouraging them to trust, while my heart imploded a little more each time I couldn’t give a rough date for reunification.

The task force persevered and achieved justice for my clients despite the weight of bureaucracy that often makes it elusive. As urgent circumstances surrounded the need for reunification, Brane went through the State Department, United States Citizenship and Immigration Services, and Customs and Border Protection to determine the best route for the reunification.

I began to doubt our government a little less when a CBP agent stationed at an airport in El Salvador called me to organize my client’s flight to the United States.

I survived those tumultuous years at the border by adjusting.

True to my nature as a daughter of Mexican farm workers, I let America show me a piece of her every day. Sometimes she is miserable, other times she is merciful. And as a lawyer, I fill in its gaps where I can.

As a new year approaches and as I mark it with another sense of loss, I hope that more of our government will embody the relentless spirit of the task force and the kindness that has helped create a miracle – on that day four years ago when a little girl came to a church heartbroken and in need of a friend.

Cover photo: A Salvadoran mother and daughter were reunited in October, more than four years after being separated by border patrol officers in El Paso. (Image courtesy of Linda Corchado)