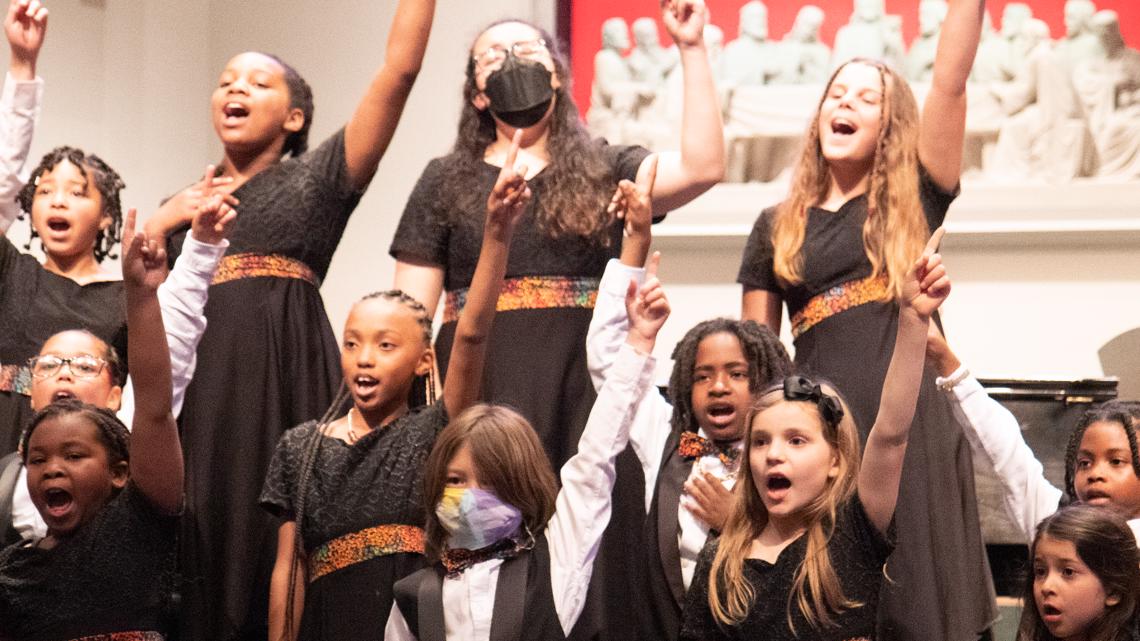 BURIEN, Wash. — The Seattle Children’s Choir has come a long way in its more than 30 years of existence, but it’s never had a choir like the one that focuses on a different kind of sacred music — gospel. .

Crystal Hairston is the choir director.

“The name literally comes from what gospel music does for me,” Hairston shared. “It was a lifeline in my life. The messages of gospel music were the melodies that played through the darkest times of my life and it uplifted me.”

It’s called “LIFTED!” and she hopes the messages and energy will do the same for others.

But for the Seattle Children’s Chorus — also known as SCC — it would be a big change, one that founder Kris Mason dreamed of making.

“I just felt like there was this gap,” Mason explained. “There was nothing available for wonderful kids from all walks of life south of downtown. Families in the area could barely pack their kids after school and access the programs available north of downtown crazy. It’s like it represents who we really are in the Seattle choral community.”

The choir practices weekly at Lake Burien Presbyterian Church. In June, they made their official debut in a children’s choir. The singers shone and the audience loved it.

“I could barely keep still. I felt the tears welling up,” Mason explained. “There is this incredible energy, rhythm and joy that inhabits all of gospel music creation, and these children simply exemplified it in their singing, in their harmonies, in their applause and in the joy that I could read on their faces. “

It’s the start of something new. But for Mason, who shared this dream, it marked the end. After founding and leading SCC for more than 30 years, the concert would be his last in this role.

Mason is retiring, but she said “LIFTED!” is a reflection of new dreams, those she hopes will continue thanks to the Seattle Children’s Chorus.

“I dream of this gospel choir exploding. I want the Seattle Children’s Chorus to dream bigger. We’re now at six different levels of choir. I want them to make amazing, beautiful choral music,” Mason said. “But I want us to also be recognized as an organization that isn’t afraid to embrace this big world of ours.”

And “LIFTED!” clearly takes off to do just that, carrying songs to make this big world a better place.

“Gospel music. The word is meant to mean good news. There’s this message in gospel music that sends waves of hope and love,” Hariston said. “I don’t know where we’re going, but I want as many people on the ride as possible.”

The choir is open to children from seven to 18 years old. Auditions will be held August 30 from 4 to 7 p.m. at Lake Burien Presbyterian Church.