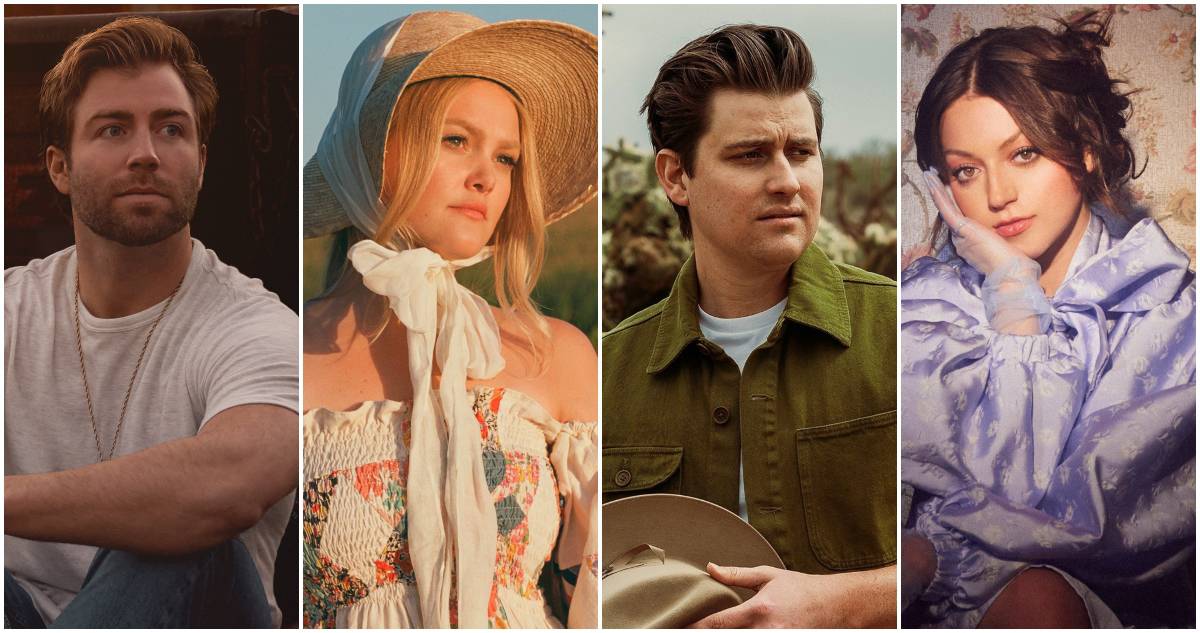 Give way to country music to start 2022 in style! This month alone, several up-and-coming artists released singles that have since caught the attention of enthusiastic fans.

Adam Doleac, CB30 and Hailey Whitters are just a few rising stars to release new songs. From love, to heartache, to nostalgia, to chasing your dreams, to drinking a long week… country now offers you seven new songs that belong to your playlist:

With over a hundred thousand followers on Instagram and 2.6 million followers on TikTok, CB30, a duo of brothers Christian and Brody Clementi, quickly caught the attention of fans via social media. Their harmonies perfectly complement their heartfelt lyrics in their new single, “Don’t Say Goodnight.”

Written by Christian Clementi, Trannie Anderson and Dallas Wilson, this song strikes a chord as it describes the story of a young couple who fall in love and don’t want the night to end. According to Brody, “It’s an unreleased fan favorite, we’ve been playing it live for a few years, and we’re so excited to be able to release it.”

Fans have heard Doleac’s hit singles about love and heartbreak, but what comes next in this trilogy we haven’t heard yet: a good old drinking song that feels good. Giving listeners a glimpse into another side of his music, “Drinkin’ It Wrong” is Doleac’s first true single. Written by Doleac, Cary Barlowe and Jordan Schmidt, this hymn encourages the listener to let go and let their worries go away. Some of the lyrics include:

Country newcomer Abbey Cone addresses the doubt and honest thoughts that come with a breakup in her latest release, “Hate Me.” According to Cone, “‘Hate Me’ is about the feelings you struggle with after the breakup and wanting to be remembered… If the opposite of love isn’t hate, it’s indifference – this song is about the root of that feeling of wanting to be remembered.” With a catchy melody and vulnerable lyrics, Cone joined Jessie Jo Dillon and Nathan Spicer to write this heartbreaking anthem.

If you talk shit then I hope it’s about me
‘Cause at least man you still talk about me
And the truth is you feel something
It’s better that you feel nothing
If you don’t love me, I hope you hate me

In this heartbreaking ballad, Burke shares the story of a love that runs out. This surprise release is the second song from his upcoming EP, Everything changesscheduled for release on March 25and. Inspired by his parents’ divorce when he was eighteen, Burke looks back on a time of pain and uncertainty. He says: “I realized it wasn’t anyone’s fault, they just broke up instead of growing up together. That’s what ‘Let It Burn’ is about and I think that’s why so many people connect with the song. The songs open and end with the lines:

No, I don’t know how, hhow can I say
But I’m not sure if wwe can save this

Teddy Robb walked into the writers room one day faithful with Pete Good, Brandon Ratcliff and Dave Turnbull with an idea for a song about the Chevy 1500 farm truck he drove as a teenager. “I said, listen, I know there’s a lot of truck songs, but I want to make my point…the first line we spat out was, ‘I was 16 in a 1500,’ and immediately we thought this was the right song there,” Robb explained on “1500,” the latest release from his EP, Turn the pagecoming out February 25andlooks back on his days of youth and freedom…

“Everything She Ain’t” – Hailey Whitters

Rising star Hailey Whitters recently released “Everything She Ain’t” as the lead single from LIFT, his highly anticipated third album. Whitters wrote this song with Bryan Simpson and Ryan Tyndell in about an hour. This clever melody is confident and compares to the woman the man she loves, loves. The chorus, though self-explanatory, grants the listener very specific details and one-liners, making them stop in awe of the correlation. The chorus includes lines such as:

Yeah man I can be
The whiskey in your soda,
Lime to your Corona
Shotgun in your Tacoma,
The Audrey to your Hank
She’s got some style and a Hollywood smile
But believe me, honey, good as cash in the bank
I’m everything she is, and everything she isn’t

Raleigh Keegan felt “New to Nashville” was the perfect first release from his new EP, A tale of 7 cities – which he produced with Chad Judd. This song reflects his own journey to living his dream in Nashville, even when the going got tough. Keegan’s brand new concept disc will have each track dedicated to a different city. Written alongside Daniel Leathersich and Ryan Brisotti, Keegan “wanted to start in Nashville because that’s where I am now.”