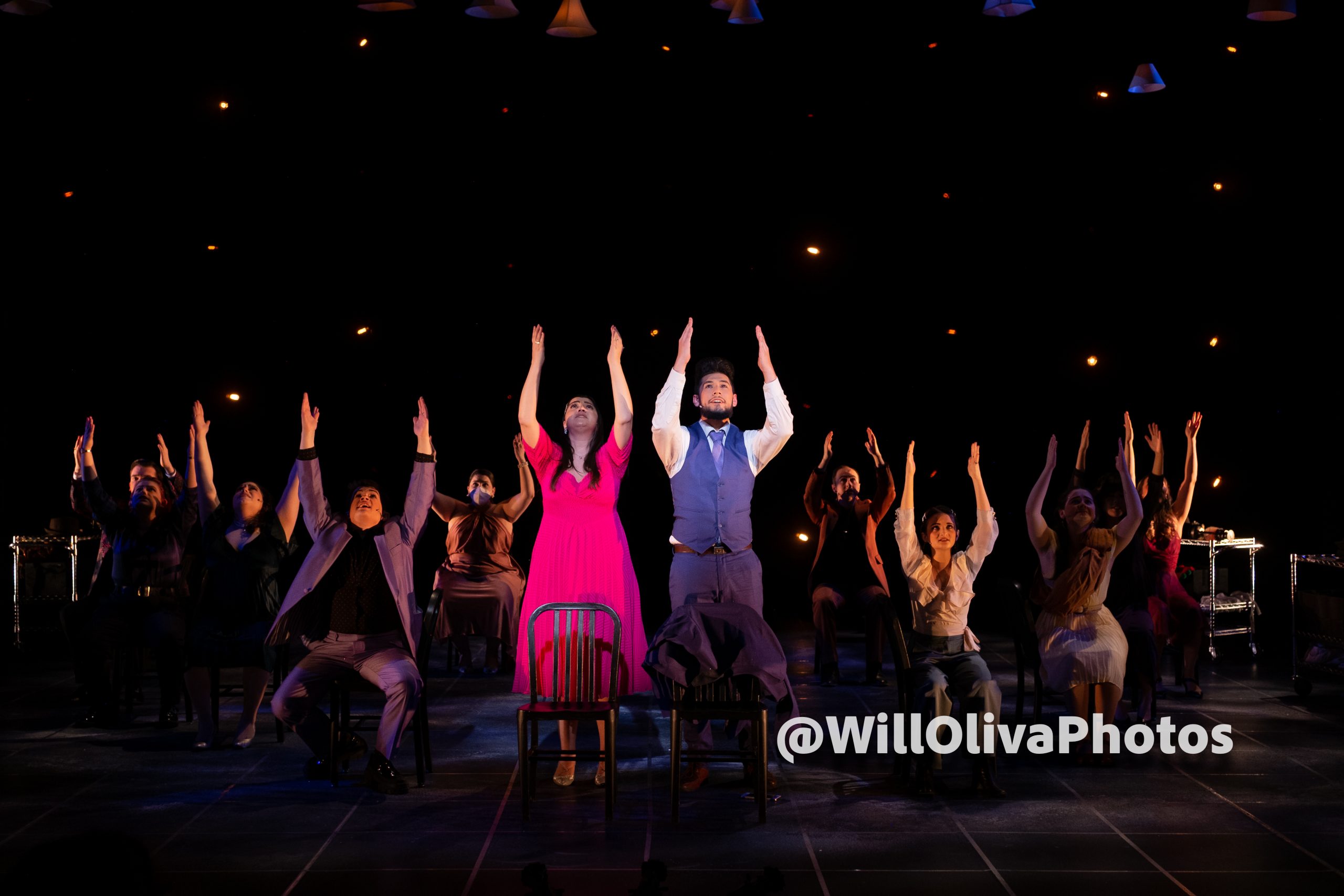 It’s been three long years since the New Paltz performers have been able to sing in front of a live audience, but the drama department’s new musical, “Songs for a New World,” has changed that. The first musical after the COVID-19 pandemic, “Songs For A New World” is a collection of songs about life and love centered on a common theme: the moment of decision. Described by composer and writer Jason Robert Brown, it’s about “one moment. It’s about hitting the wall and having to make a choice, or take a stand, or turn around and go back. The cast is small, but mighty, as they made singing the vocally demanding contemporary song cycle effortless, weaving through various musical genres including jazz, pop and gospel.

“I think one of the things that’s really valuable about this show is its humanity. We get to see people at their highest highs, their lowest lows and everything. We don’t give the audience the experience of a conventional protagonist that he can support and root for the entire show. Real life is much more like how this play is structured – we meet a group of different people who all have whole stories than we We’ll never know, but we’re there with them in that moment and supporting them throughout.

One notable aspect that seemed to be a consensus from the performers was adapting to performing without a mask.

Third-year drama major Irving Zuniga wrote on Instagram, “So weird to say acting without a mask is weird! While I’m grateful for the opportunity to do so, it’s definitely an adjustment that I didn’t think would surprise me. I found myself thinking sometimes, ‘Oh! To the right! People can see the lower half of my face now! Use it!'”

Gina Lardi, third-year theater student and star of the show, told the oracle that the most important part of his experience had been the community that had been fostered by the staging of the musical. “As a department, we’re already close, but beginning this journey of opening the first musical in nearly 2,000 days was so wonderful. This cast has done a phenomenal job of getting back to working on movement and intimacy, and the team were so hardworking and diligent in their work! She also shared what she hopes the audience will take away from the musical: “I hope the audience took away that there can be joy in tragedy and that journeys don’t have to be grand to be meaningful. It can just be about who you meet along the way, not so much about the destination!”

Although “Songs For A New World” is no longer performing at the McKenna Theater, count yourself lucky if you got to see a performance and stay tuned for future theater productions from the talented New Paltz Theater Department.