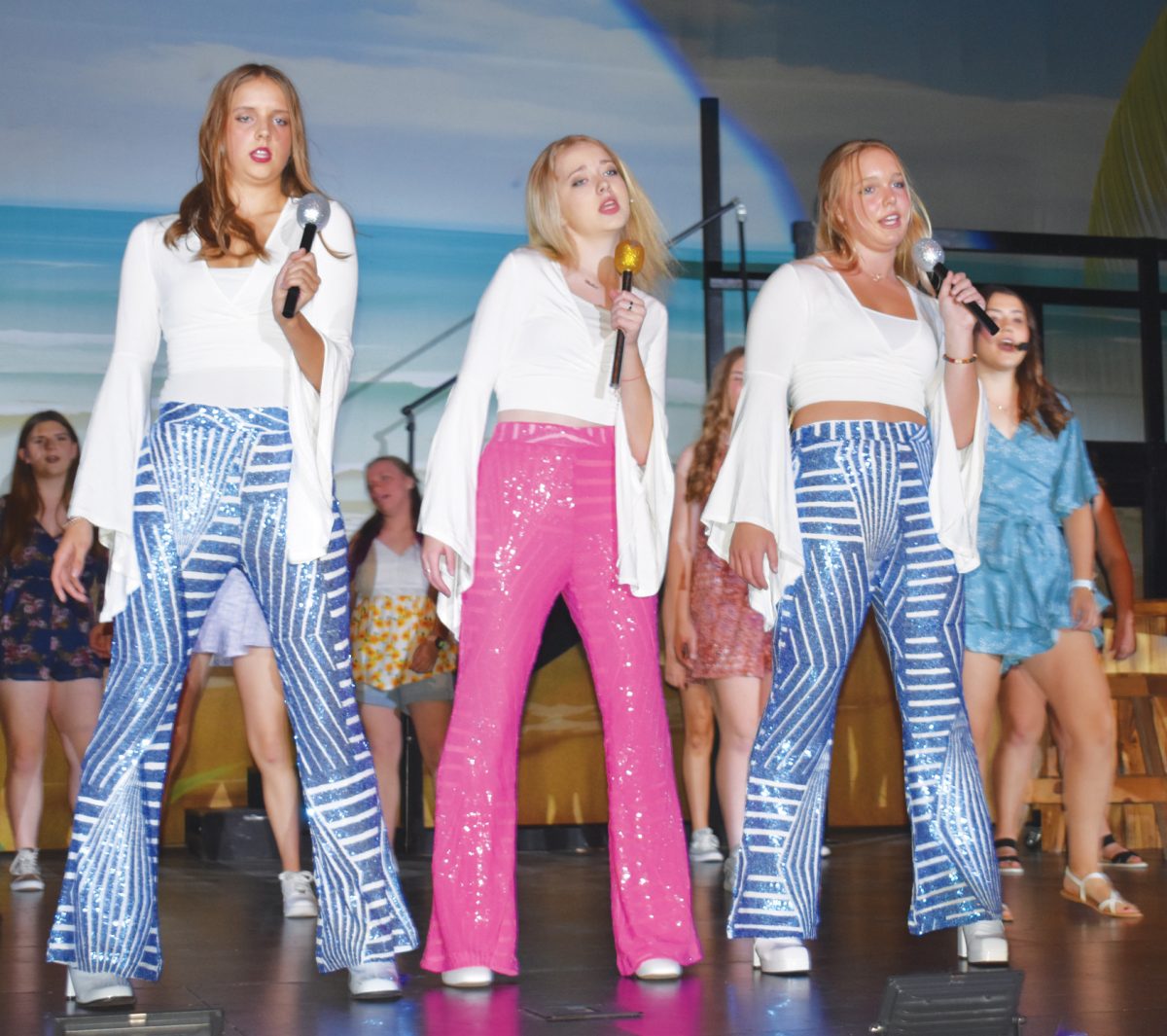 The actors performing on stage aren’t the only students learning skills in the Okawville High Drama Club’s production of “Mamma Mia.”

“That skill opens doors for college scholarships,” he said. “Finding actors and singers is much easier than finding people who can do sound, recording and lighting,” he said.

Although Klapetzky did not see Okawville graduates pursue careers in this field, he did see many students go into technology/engineering careers.

Klapetzky volunteered at the Drama Club for about 20 years. He came on board when former directors Jane Ford and Carol Brockmann asked him to help with their productions.

Klapetzky attends most practices and even organizes trips with his company, A Going Concern, around the game schedule.

Music Director Amy Welch appreciates AV volunteers. “Fred and his band are incredibly essential to our show,” she said. “Without them, we couldn’t produce such a fantastic show!”

Ownership of the lighting, sound system, and video recording systems is a mix of the Unity School District, Zion United Church of Christ in Addieville, and Klapetzky. “It’s good to have multiple uses because of the investment,” he said.

Assistant Gared Seats participates in the final week of rehearsals and performances. He is the video producer for Zion’s live streams and was enlisted to help with the school.

The 2006 Okawville High graduate who works in cybersecurity from his home in rural Nashville says he is happy to have the opportunity to give back to school. He also likes to see the productions. “The talent at this little school is phenomenal,” he said.

Senior Kyle Schwab and his brother, Ryan, a freshman, and Joey Kinzel are in the spotlight. Sara Cook, the student technical manager, manages the audio system, music tracks, and helps train anyone attending Tech Crew.

Tickets for Saturday and Sunday can be purchased at the door or on the Drama Club FB page. Friday is full.