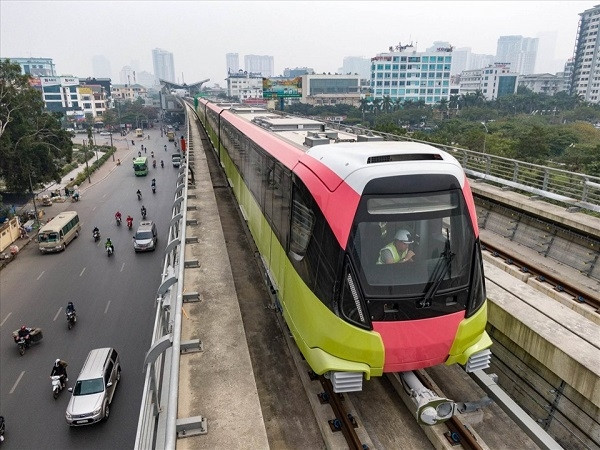 This is a lesson learned for the implementation of future projects.

The Nhon-Hanoi Station Urban Railway Project began in 2010 and has exceeded schedule several times. As a result, total investment increased from VND21.912 billion to VND32.910 billion, up more than VND10.998 billion from the initial capital.

In Ho Chi Minh City, the Ben Thanh – Suoi Tien project started in 2012 and its deadline has been postponed several times. The goal of an operation in 2022 failed as progress reached only 91%. The capital also increased from 17,387 billion VND to 43,757 billion VND, an increase of 26,370 billion VND.

The Yen Vien – Ngoc Hoi urban railway project in Hanoi was approved by the Ministry of Transport in 2008 and was expected to be completed in 2017, but construction has not started. The investment capital should increase from 19,046 billion VND to 65,175 billion VND.

The Nam Thang Long – Tran Hung Dao urban railway project in Hanoi was approved in 2008 and is expected to be completed in 2015, but has yet to start. The total investment is expected to increase from VND 19.555 billion at the start to VND 35.679 billion.

The Ben Thanh – Tham Luong urban railway project in Ho Chi Minh City was approved in 2010 and expected to be completed in 2018, but was postponed to 2026. The total investment is expected to increase from VND 26.116 billion at 47,890 billion VND.

The reasons for the slow progress of urban rail projects are many, but the slow pace of site clearance is the main one.

For the Nhon-Hanoi station project, due to site clearance issues, the contractor was unable to do their job. For this reason, the entrepreneur asked the investor for compensation of 114 million dollars.

The Cat Linh – Ha Dong Urban Railway Project also had to adjust the schedule and design due to a lack of space to build a double-decker station. The investor had to adjust the design of the station from 2 to 3 floors.

In addition, the design of some urban railway projects did not correspond to the actual planned area, which led to many implementation difficulties.

For example, the Nhon – Hanoi station railway project (12.5 km long) has an underground route of 4 km. However, the underpass is entangled with the foundation of construction works.

Deputy Transport Minister Nguyen Ngoc Dong said that for future city rail projects, it is necessary to separate site clearance into one project, which should be implemented first. Once the clearance of the site is completed, the implementation of the project will be ensured and will help to minimize the increase in capital investment.

Urban railway technical standards are very new in Vietnam, and the current projects are all invested by foreign loans. Therefore, when signing loan agreements, it is necessary to understand the technical nature of the project to avoid technical problems during the implementation process, resulting in higher costs and longer implementation time.

There is a need to develop standards for urban railways to apply to current and future projects.

Moreover, what needs to be done now is to build a team of technical staff with expertise and knowledge in urban rail management.