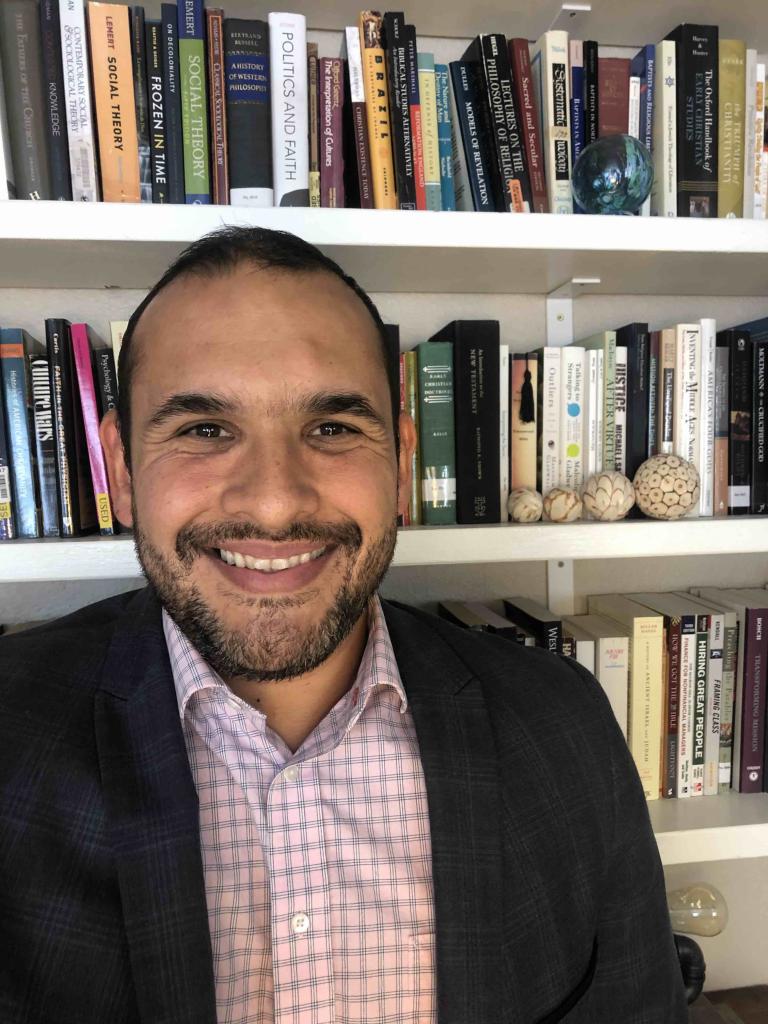 A guest post today from a rising scholar I admire, namely João Chaves. Here is a brief overview of his journey:

João B. Chaves, Ph.D., is associate director of programming at the Hispanic Theological Initiative, housed at Princeton Theological Seminary. João is the author of several peer-reviewed articles and three books, including Migratory religion: context and creativity in the Latin diaspora (Baylor University Press, 2021). His next books include, Jim Crow South’s Global Mission (Mercer University Press, May 2022), Baptists and the Kingdom of God (co-published with Laine Scales, under contract with Baylor University Press), and Remembering Antônia Teixeira: missions, memory and violence beyond borders (co-authored with Mikeal Parsons, under review). You can follow João on Twitter at @JoaoB_Chaves

Lessons from the sidewalk of a church:

A few years ago, while conducting research on immigrant faith communities, a pastor from a large immigrant church in the southern United States told me a story that summarizes some of the central changes that are produce under our feet. Walking around the church’s multi-million dollar campus, the pastor pointed to one of the many sidewalks that connect buildings, parking lots, patios and a football field and told me that when the group he led was still small, the pastor of the predominantly white community the church that hosted them at the time demanded that immigrants get off those sidewalks whenever they saw white Americans (Christians!) arriving. Fast forward a few years, and you get a very different picture: the immigrant group grew exponentially and bought the campus from white Americans who had dwindled in both numbers and financial power. In a show of grace, the immigrant pastor hired the pastor who once claimed immigrants aren’t good enough to share sidewalks with predominantly white church members. He didn’t need to hire the American-born minister but, he told me, he wanted “his brother” to retire comfortably.

Stories like this continue to proliferate as Christianity in the Global South develops in a number of different directions. Religious entrepreneurs, migrants, and missionaries strive to spread their religious products as they travel from the Global South to the Global North, from one part of the Global South to another, and within and across multiple borders. national and transnational. Many faith communities that have buildings once filled with white American and European Christians continue to face two options: either be reinvigorated by welcoming a genuinely diverse constituency with a strong presence from the Global South, or be reoriented in light of the decrease in number. I’ve seen the second option happen way too often in places like New Jersey, Texas, Florida, California, Maryland, etc. The first option – accommodating a genuinely diverse constituency – is more difficult than one might initially think. Despite what leaders of predominantly white groups say or feel about authentic diversity, the costs of overcoming power dynamics informed by long-standing socio-cultural engagements are truly significant. The enthusiastic publishers of Galatians 3:26-29 (For in Christ Jesus you are all children of God by faith…There is no more Jew or Greek…) might suggest otherwise. But eschatological hopes are not social facts!

Why do predominantly white evangelical groups in particular often struggle to embrace authentic diversity, despite their purported intentions, theological discourse, and/or rhetoric? Because they have become deeply accustomed to racism and xenophobia. Certainly not all (or even most) pastors of predominantly white churches would ask non-whites off the sidewalks – at least not today. Yet the racialized and nationalistic entanglements that inform the practical dispositions of many white American evangelicals remain an important aspect of the movement, and they affect how evangelical immigrants from Latin America relate to their American counterparts.

In some circles, it has become common to present evangelicalism in Latin America as a disposition historically characterized by an “evangelical left”. This “evangelical left” is often known as embracing a socially progressive (but mostly theologically conservative) form of evangelical Christianity called integral mission. The majority of evangelicals in the region, however, have actually drifted in different directions. Agreement with (or socialization into) the most conservative expressions of white American evangelicalism (such as support for political and social conservatisms) has consistently informed the theopolitical imagination of millions of Latin American evangelicals. Of course, there are notable exceptions to this general trajectory; here, I’m more interested in general trends than nuanced nuances.