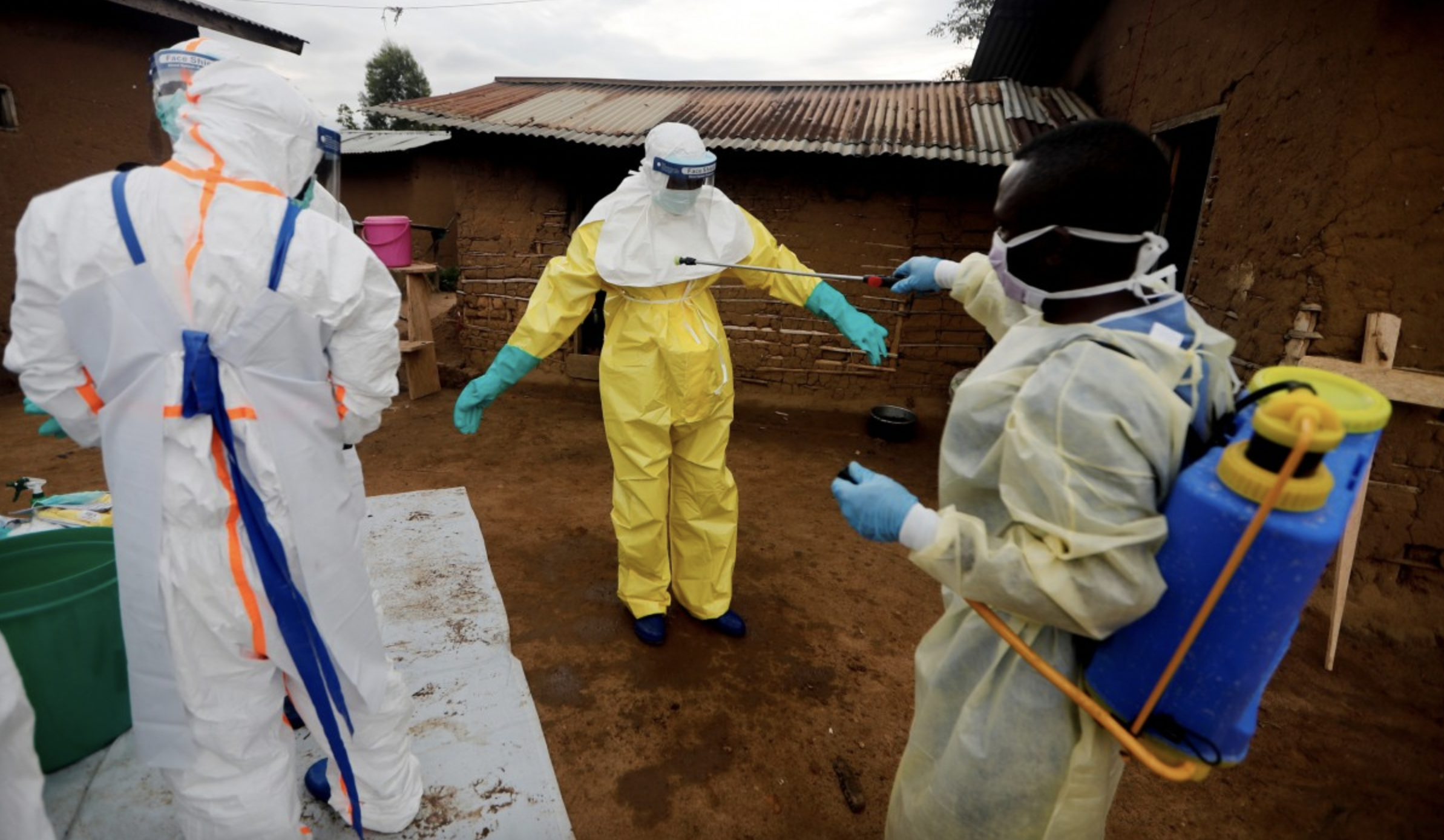 Since the first case of the current Ebola outbreak in Uganda was confirmed in mid-September, the number of cases has exceeded 127 in seven districts, including 17 in the capital Kampala.

Yet most townspeople fear another set of locks perhaps even more than they fear being infected.

Two neighborhoods at risk are already under a 21-day confinement. And although the government says it does not consider Kampala to be high risk at the moment, it has not been shy about using the “threat” of confinements trying to persuade people to comply with sanitary procedures. These include reporting suspected cases, supporting contact tracing and isolation in the event of potential exposure to an infected person.

Fears about the impact of a severe lockdown come against the backdrop of an economy that has failed to recover from the economic crisis associated with the COVID-19 pandemic, coupled with other global inflationary pressures.

This fear is justified: a functioning economy, especially in highly vulnerable communities in urban areas, is essential to the health of the population. General enforcement of lockdown measures can help slow the spread of a virus. But we now know that it can also quickly generate a larger and more protracted public health crisis in the form of deprivation and hunger.

I took part in a project, alongside Asim Khwajadirector of the Center of International Development at Harvard University, and Adnan Khan, a professor at the London School of Economics and Political Science, to develop a more nuanced approach to containment. We analyzed different approaches taken by countries around the world during the COVID-19 pandemic. Based on our analysis, we developed an approach that we called “Intelligent containment with active learning”.

This forces policymakers to find ways to manage a public health crisis without creating an economic one. Containment options should be informed by local conditions and adapted to various circumstances. They should be continually reviewed and updated with incoming data and evidence.

The approach we describe has implications for the management of the current Ebola outbreak in Uganda as well as future health outbreaks.

The human cost of general lockdowns

There are no agreed explanation why the health impacts of COVID-19 were lower in some African countries, including Uganda, compared to global rates. Yet the economic consequences, particularly of the closures, have been severe.

The researchers, using income data, have valued that economic losses in Uganda as a result of the closures amounted to 9.1% of GDP. Over 65% of the population has been affected and almost ten years of poverty eradication efforts have been wiped out.

The most extreme economic effects have been felt in Kampala. Experienced residents a 16.7 percentage point increase in poverty rates. Income inequality has also increased, represented by a 10.5% increase in the GINI coefficient. Indeed, many townspeople could not earn a living at all during certain periods.

It is also likely that there will be long-term effects on economic productivity, which remain to be seen. For example, Uganda schools closed for two years – the longest period from any country.

It is not yet possible to adequately quantify these losses. However, based on evidence of school closures elsewhere, this will likely lead to a less skilled labor force and lower incomes. It is also likely that there are significant associated social costs.

The reasons why Kampala fares worse than the national average lie in the overall structure of the city’s economy. In 2016, the World Bank informal enterprises surveyed operating in the greater Kampala area. It showed that most enterprises operated in the informal sector and were very small, with 46% employing less than five people.

More importantly, 56% of owners said they engage in trade and the service industry. And 93% of these microenterprise owners were, at the time of the survey, already close to the poverty line, or just below.

When the lockdown was imposed, these companies were no longer able to trade. Many of their landlords and the households they supported would have been pushed well below the poverty line.

In urban areas like Kampala, a high proportion of income used to buy food. General closures have resulted in 17% of Kampala’s population in the face of acute food insecurity and widening consumption gaps.

The concern of the Ugandan Ministry of Health and the World Health Organization over the latest Ebola outbreak in Uganda is justified. The current strain of the virus circulating in Uganda, the so-called Sudanese stockdoes not yet have an approved vaccine and has an estimated case fatality rate of 40%-60%.

The 2014-2016 Ebola outbreak in West Africa – caused by a different strain – resulted in 28,600 cases and 11,325 deaths. The case rate increased dramatically once the virus hit the densely populated urban areas of Conakry, Freetown and Monrovia.

It is therefore essential to contain the current outbreak, especially in Kampala.

But containment needs to be done smarter than was the case during the COVID pandemic. The risks of contagion must be weighed against the benefits of maintaining economic interaction.

We conclude in our policy brief that containment does not need to take an all-or-nothing approach. Gradients must be taken into account.

Any smart containment strategy requires accurate and up-to-date data on disease prevalence, trends and transmission. And, above all, regular socio-economic data must also be collected to assess the growing risks, in particular with regard to poverty and hunger. This data should then be used to drive the analysis that underpins policy decisions about when, where and how to impose restrictions – and lift them.

These decisions should be made in a more focused and flexible way, below the district level, to ensure that containment is commensurate with localized information, which, in turn, will be much less costly economically.

The second part of a smart containment strategy is that it should be dynamic and changes should be made based on updated information. This is what we call “active learning”. Here again, data plays a key role in the continuous assessment of a territory’s risk profile.

This should not only be geographical, but can also be related to different sectors. For example, interactions with high risk of contagion and limited economic value, such as sporting events, may be completely closed for a time, while in the same area, activities that support the livelihoods of vulnerable populations may continue, adapted to meet health and hygiene needs. standards.

Finally, ongoing evaluations of policy responses are important to support this active learning.

The basis of such a strategy is clear, credible, transparent and regular
Communication about what is happening and why it is happening. There is evidence from Sierra Leone during the last Ebola outbreak that effective messaging that uses citizen action and self-efficacy is key to gaining community support for containment measures.

It’s also important that messaging focus on de-stigmatizing individuals and minorities, so those who are potentially infected feel comfortable taking proactive steps like self-isolating and seeking medical attention.

In the longer term, this helped to increase trust in the authorities, popular understanding and support for new measures, triggering a positive cycle that ultimately ended the epidemic.

This article is republished from The conversation under Creative Commons license. Read it original article.