Jhere is a television reality show that is about to start its 10th season. The show is called “Alone” and has to be one of the most brutal programs for those who participate in it.

The premise is this: ten people, who are, to some degree, survival experts, are dropped off in a remote location miles apart. They are in total isolation. No phone, no electronic communications of any kind, only an emergency phone to ‘tap’ if they can’t go on.

They can take ten items from an approved list and a few other items provided by the program, such as a first aid kit, a life jacket, but a few other items. They are deposited without food or water and must feed, build shelter, find water and try to survive as long as possible. The locations so far have been Vancouver Island in Canada, the Arctic, Patagonia in South America, and Mongolia.

They arrive in early to mid fall with an absolutely brutal winter ahead. Their only warmth is the fire they make and the clothes they carry for shelter. Predators, such as grizzly bears, black bears, and polar bears, can be encountered, as well as wolves, mountain lions, wild boars, poisonous snakes, pests, aggressive moose, and other creatures. The last one standing, and the only person not to “tap”, wins $500,000.

Over the seasons I’ve watched, the first day of each season is always interesting. Almost everyone (and there are female survivors in every season I’ve seen except season 1) is confident in their own abilities not just to survive, but to thrive. they have what it takes to be the half million winner.

Now they are all successful people in their field – some run survival camps and schools, some are farmers in Alaska, a few are professional hunting guides, but all are skilled in the art. outdoor bush. Still, 90% won’t be the last person standing.

There are two ways to be removed from the desert: The first is to draw. This is mostly due to isolation, fear of predators (no firearms are ever allowed), starvation, accidents resulting in injury, disease, and just plain exhaustion.

In the other direction, during a routine medical check, the doctors decide that continuing would be dangerous for the life and health of the competitor. Starvation and dramatic weight loss are the most common reasons for being removed from competition. Yet on day one, no one expects to fail. But, as Mike Tyson once said, “Everyone has a plan until they get punched in the face.” And nature hits hard. Everyone had to adjust their plans and expectations much earlier than expected.

Sometimes the loudest and most confident are the first to tap. Some participants did not even arrive one day. A few others fail to make it a week. Usually about five drop out mid-season, leaving the other five to carry on. But the participants never know, except for the first day, if there are ten or only two still in contention.

But here’s an interesting observation: Even those with the loudest voices, with the biggest egos and the most confident predictions of success, lose that attitude of boastfulness and arrogance the longer they spend in the wilderness.

Expert anglers fail to find enough fish, seasoned hunters cannot find and kill the bigger animals they need to survive, tough, tough men and women cry over the cameras they must have with them to document their stay because they are hungry, cold or lonely.

Many are reduced to eating mice and snails, while one contestant was only able to find leeches to eat. Those who depend on vegetation for food find that winter takes them away. As the season progresses, the people who bragged the most no longer do so. What started as an adventure turned into brutal labor and a vicious fight for literal survival. And 90% can’t go all the way. And those who win are starved, dirty and humiliated.

Everyone who lasts longer than a week loses weight. The longer we stay, the more we lose. One contestant lost 60 pounds, another 70. Another lost 80 pounds. A man lost 86 pounds during his 67 days in the desert. So far, the longest person left in the wild on “Alone” is a man who won after 87 days. One woman lasted 86 days but was medically removed due to starvation. Nature slapped them all in the face. Not a single person has overcome nature. Even the winners simply managed to survive it. Everyone was humiliated.

Life is often a reflection of “Alone”, but perhaps not as extreme. In youth or early adulthood there are always people who seem to have it all figured out, have a firm grip on life and have the drive, ambition, plans, skills, preparation and confidence to succeed magnificently in whatever they put their hands on. at.

But life, like nature, can punch in the face. All face the fall and winter seasons with all the difficulties and challenges they bring. No one is immune to this struggle to survive and thrive. Whatever the plans and dreams, almost all of them will be modified and adjusted.

Even the clergy is not exempt. A study done a few years ago revealed that 80% of ministers who enter the pastoral ministry will leave the pastorate within five years of their ordination or graduation from seminary. Disillusionment, isolation, financial difficulties and difficulty meeting expectations are some of them. Most, like the “Alone” contestants, as good as they are, are truly unprepared for the reality they encounter.

Interestingly, if the “Alone” contestants have a certain spirituality to them, it comes out as the days get harder and harder. One of the candidates was a returned missionary who felt like a failure in his life. It was through courage, perseverance and prayer that he became one of the few winners of the half-million dollar prize. Even one of the show’s most profane men fell to his knees in front of the camera and begged God for help.

One of the disturbing aspects of “Alone” is how many viewers tune in to watch people struggle, cry, desolation and starvation. One man, who tapped, said to the camera something like, “Don’t judge me. You’re sitting there on your couch in your warm home eating chips and watching me freeze and starve. I’m starving for your entertainment. He has a point.

Yet even people who didn’t win value more what they had, especially family and friends. Many have returned to successful careers while some have quit their jobs to pursue something they loved.

Very few, even those who suffered the most, felt that their time in the desert was a waste. Almost all of them learned more about themselves and gained an appreciation for those ancestors who had to survive in the wild and had no ability to “type”.

One man shared what he had learned during his time in the bush: “Charles Darwin was wrong. It’s not survival of the fittest. It is the survival of the adaptable. On “Alone,” and in life itself, the winners aren’t always the most experienced, the best trained, or the bravest. Those who succeed are very often those who have been punched in the face and who have been able to adapt.

[David Epps is the Rector of the Cathedral of Christ the King (www.ctk.life). Worship services are on Sundays at 10:00 a.m. and on livestream at www.ctk.life. He is the bishop of the Diocese of the Mid-South (www.midsouthdiocese.life). He may contacted at davidepps@ctk.life.] 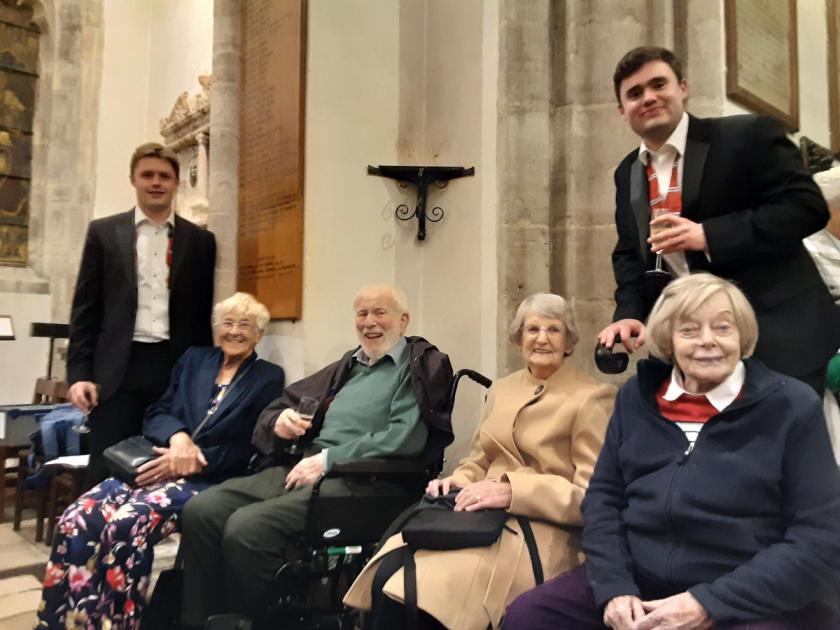