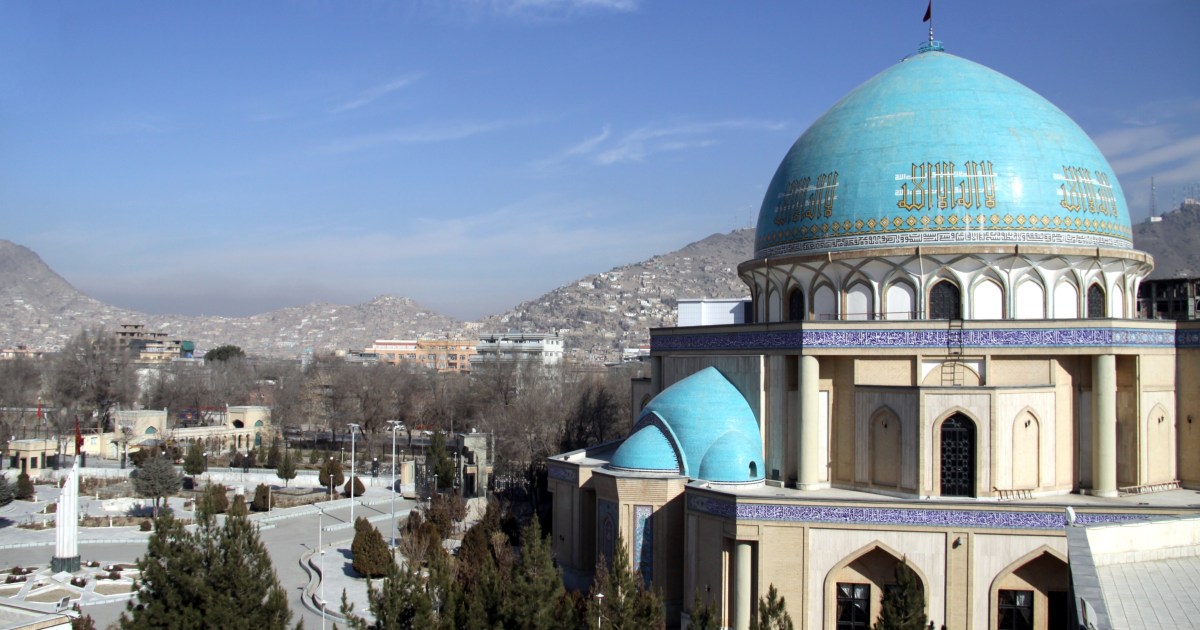 John McArthur (JM): Many people describe the SDGs as stalled since the onset of COVID-19. Were the SDGs gaining ground in Afghanistan before 2020? How would you describe their local implementation?

Naheed Sarabi (NS): Afghanistan’s progress on the SDGs was mixed before the pandemic hit. Significant progress has been made at the strategic level despite political uncertainty and insecurity. Afghanistan had developed a set of national goals and a single institution, the Ministry of Economy, had been designated as the lead agency to champion work on the SDGs in the country. An executive committee on the SDGs has been established under the aegis of the Council of Ministers to coordinate efforts and implementation. In 2016, Afghanistan developed its second national development strategy, the Afghanistan National Peace and Development Framework (ANPDF). The framework was designed to bring reforms and strengthen institutions to achieve economic autonomy and the SDGs through service delivery. Efforts were being made to align national processes such as the national budget, development programming and local planning with the SDGs.

The Sustainable Development Solutions Network’s SDG Index ranking showed recent improvement for Afghanistan. For example, in 2019, Afghanistan’s SDG ranking was 153/162, and in the 2022 report it rose to 147/163. However, in terms of macro-development, the situation was rather alarming. In 2016, Afghanistan saw hundreds of thousands of documented and undocumented refugees return from Pakistan and Iran, joining more than one million people displaced within the country due to conflict and natural disasters. Afghanistan was hit by drought in 2017 and 2018, which led to food insecurity for more people. When Afghanistan presented its first Voluntary National Review (VNR) in 2017, the the poverty rate has risen to 54% compared to 39% in 2014. These figures demonstrated a setback in the achievement of SDGs 1 and 2. Prior to August 2021, 75% of Afghanistan’s public expenditure was funded by aid, one of heavy reliance on aid. In 2018, data from the Ministry of Finance showed a 46% drop in aid from its peak level in 2011. This downward trend in aid was a difficult situation for development planning. Thus, the government had to make trade-offs between investing in basic services and long-term plans that could bring financial self-sufficiency.

Although efforts to nationalize the SDGs gained momentum, local implementation needed to gain momentum. The government’s provincial development plans were not fully absorbed by the national budget. The plans also did not reflect the realities of government resources. Therefore, more work needed to be done to align these plans with SDG targets and available resources.

JM: What do we know about Afghanistan’s SDG trajectories since the fall of the previous government in August 2021? What are the best sources of objective data to monitor the situation?

NS: Unfortunately, Afghanistan has not only been unable to sustain the development gains of the past twenty years, but much has also been lost. The takeover of Afghanistan by the Taliban in August 2021 exerted an economic shock on the country. The world Bank estimates a 34% drop in GDP per capita by the end of 2022 in the current scenario. This shock was exacerbated by the financial crisis; about $9.2 billion of Afghanistan’s foreign exchange reserves have been frozen, equating to shortages of foreign and Afghan currencies and causing a liquidity crisis. International banks have ceased operations due to anti-money laundering and counter-terrorist financing risks. AML/CFT functions, and correspondent banking for international payments have been severely disrupted. This has put immense pressure not only on the private sector, but has also limited the flow of aid to and within the country. Staggering levels of poverty and food insecurity have made Afghanistan the worst humanitarian crisis of its time.

While the international community is solely focused on providing humanitarian aid, development has taken a back seat and progress towards the SDGs appears to be stagnating. The absence of a legitimate government has not only blocked strategic-level discussions on development, but access to credible data has also been a challenge. We are talking about achieving the SDGs in an environment where potentially 97 % of the population could soon fall into poverty, almost half of the population is seriously food insecurity, the Taliban has banned secondary education for girls, and disruptions in the payment of wages and layoffs of employees in the public and private sectors are affecting purchasing power. The Taliban released their first annual budget as of May 2022, however, no details are available on investments in basic services. Rising global energy and food prices have not only put pressure on basic needs, but have also increased the cost of delivering humanitarian aid to people in need. These are imminent perils for the individual SDGs, but they also challenge the interactive results in all the other goals.

As I have said before, the absence of credible national sources and legitimate institutions has made it difficult to access data. The Taliban must publish data on income and expenditure and how services are provided to the population. They must adhere to the principles of human rights and women’s rights and bring professionals back into the workings of administration so that some of the economic and developmental obstacles can be offset. However, in the meantime, there are still floods of hope. Afghanistan has a history of strong community institutions and civil society organizations. Investing in and strengthening communities in Afghanistan in the form of Community Development Councils (CDCs) has been one of the success stories of the past decades. It is important that these institutions are supported not only for the means of service delivery to achieve the SDGs, but also for the collection of data at the local level. At the national level, the United Nations is currently the sole interlocutor for humanitarian and development activities in Afghanistan. UN agencies should maintain the systems that house country-level data and engage with civil society organizations and private institutions in this effort. We do not want to lose the history of development and start from scratch once a legitimate government takes power, that is, one based on elected democracy, inclusiveness, basic rights and the human rights of women and minorities.

JM: You have experienced many complexities at the interface of global development systems and a low-income country with fragile institutional structures. Is there anything you would like multilateral actors to do more of? And one thing you would like them to do less?

NS: I think you have to think about why institutions and systems become fragile in the first place, and how certain interventions inadvertently create fragility. I had the honor of being part of the g7+ discussion when I was Deputy Minister of Finance in Afghanistan. My experience of aid coordination at the national level as well as the voices of many countries represented in the g7+ have converged on low-income countries taking ownership of aid-related processes and activities. Once this principle is reinforced, other actions such as reforms, capacity building and institution building follow. I am often asked how such a principle could be followed in Afghanistan in the absence of a legitimate government. In such circumstances, the role of multilateral actors remains stronger and can protect systems, institutional memory and human capital that can be powerful agents in normal times. In a time of global economic stress, actors must strive to make the most of aid to low-income countries. Thus, I strongly insist on the principle of non-duplication for development interventions. Multilateral actors should strive to avoid any form of creating parallel institutions and duplicating funding of development interventions.

JM: Many people are concerned that international actors are not doing enough to support low-income countries that have been grappling with intense, overlapping crises in recent months: food prices, fuel prices, debt, etc. Do you see clear options on what could be done differently? Do you see any positives in the way the world is reacting?

NS: Alarmingly, that’s an understatement to describe the outlook in low-income countries. The recent natural disaster in South Asia has exacerbated the situation and will push more people into poverty and food insecurity. The World Bank Group will make emergency assistance available to countries at risk, and G7 countries have made commitments that have yet to be fulfilled. However, countries need a quick response. The world food program warns that 50 million people in 45 countries are on the brink of starvation. And starvation cannot wait. The countries most affected by climate change are those that did not help create it, and there is still time to act:

First, international actors should coordinate their efforts to support comprehensive social safety net programs that are rapid and reach the majority. Second, indebted countries need more incentives to seek relief, and the process seems to have been rather slow and cumbersome. Third, there is open space for more regional engagement and diplomacy. For example, more countries in Asia need to step up their efforts at the regional level to avert the impending crisis which could also affect other countries in the future. High-income countries can set up a bridging fund with sufficient resources to offset the energy and food costs of poor countries, which would prevent a decline in the achievement of the SDGs. The cost to countries that are the biggest contributors to climate change is not significant; the cost to low-income countries will be generational. Last, but not least, multilateral actors need to rethink the approach to their interventions: invest more in environmental protection and early warning systems, put more emphasis on the right reforms and put in place strong public investment management systems.