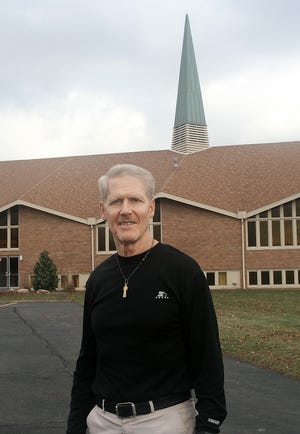 “Beware the Ides of March” was made famous by Julius Caesar’s quote in Shakespeare’s play of that title.

Equally famous is “Et tu Brute?” It’s Latin for “And you too, Brutus?” Caesar allegedly told this to his friend, Marcus Brutus, who betrayed him and literally stabbed Caesar in the back.

Even fans of the Quicken Loans arena took a beating from “the traitor”, Carlos Boozer, on the Ides of March (March 15) after he jumped from the sinking ship of the Cavs for a more promising pro team. When Boozer’s new team arrived in town, the smirking, but incredibly clever, sign on the upper decks read, “Et tu, Boozer?”

How betrayed must Ukrainians feel when Vladimir Putin continually promised that he would not invade?

King David was betrayed by his sons, his closest advisers and his father-in-law friend, King Saul. Psalm 55:12-14; 38:11; 41:9 all show David’s deep sadness: “If an enemy insulted me, I could bear it; if an enemy rose up against me, I could hide from him. But it is you, a man like me, my companion, my intimate friend, with whom I once enjoyed sweet fellowship…” (Psalm 58:12-14)

Yet the Bible says that when we continue to sin, we again betray Jesus, trample on his cross, despise his sacrifice, and mock his sacrificial death: “If we willfully continue to sin after we have received the knowledge of the truth, not the sacrifice for sins is left, but only a fearful expectation of judgment…how much more severely do you think a man deserves to be punished who has trampled on the Son of God, who has treated as an ungodly thing the blood [of Jesus], and who has insulted the Spirit of grace? (Hebrews 10:26-29)

The beloved hymn “The Old Rugged Cross” alludes and the dark spiritual asks, “Were you there when they crucified my Lord?” The answer is yes!” We were all there, because the sins of all mankind caused Jesus to go to the Cross to pay our penalty, which is separation from God forever.

The Good News is this: Jesus paid for it all. We owe him everything, if we receive him, love him and follow him (John 1:12; 11:25). Hopefully you will be included among his disciples when Jesus asks, “And you… and you too?”