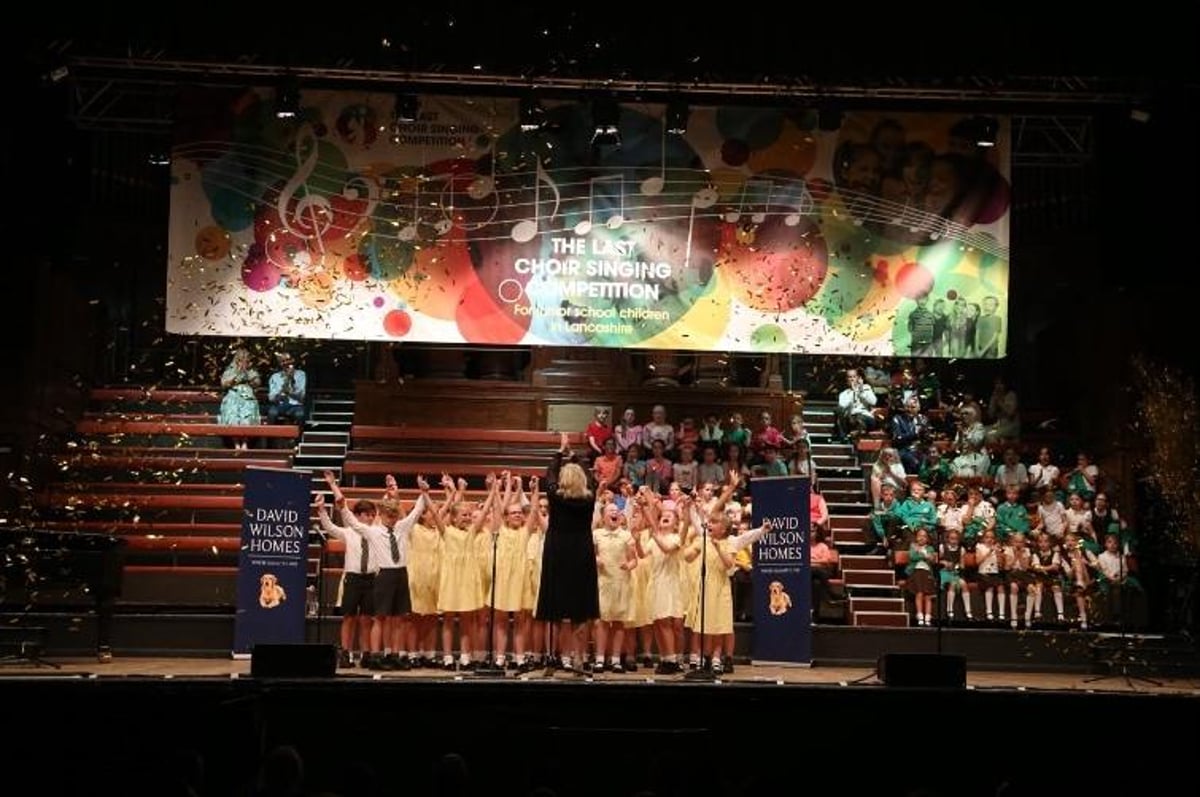 The Last Choir singing competition, featuring hundreds of Lanashire’s top young singers, had its 2022 grand finale at the end of last month.

The final took place at King Georges Hall, Blackburn on Friday June 24, with ten finalist schools from across the county including Chorley, Goosnargh and Blackpool.

The grand finale of the Last Choir Singing Competition took place for the first time since 2019.

In the final, each choir sang a set song followed by a song of their choice, which were judged by three independent judges; who are all experts in the music industry.

This year, Norbreck Primary Academy in Thornton Cleveleys won the County Final Winners Trophy and will receive the day’s grand prize at a professional recording studio, where they can record their winning songs.

The first runners-up were Coppull Parish Church School in Chorley, and the second runner-up was Anchorsholme Academy in Thornton-Cleveleys, who will receive cash prizes of £250 and £150 respectively.

Local businessman George Critchley, who founded The Last Choir Singing, said: “It was so wonderful to see competition again after COVID. It was great to get back to the heats in March and the grand finale was just beautiful. We are already excited to start planning for the 2023 competition. All of the schools that participated this year were fantastic. The choirs gave their all and should all be very proud of them”.

A total of 16 schools entered the competition, which was sponsored by David Wilson Homes.

From each of the three rounds, three schools were chosen to go on to the final competition, along with a wildcard school to round entries up to 10.

The final took place at Kibg Georges Hall in Blackburn.

Jayne Raven, Project Coordinator at The Last Choir Singing Competition, said: “We are very grateful to David Wilson Homes for their support.

Rob Holbrook, General Manager of David Wilson Homes North West, added: “We are delighted that The Last Choir singing competition has been able to continue this year. It’s a delightful competition that showcases the incredibly talented children of Lancashire…we are more than happy to support such a wonderful event in the county.

The Last Choir Singing 2023 competition will open for entries in September 2022.