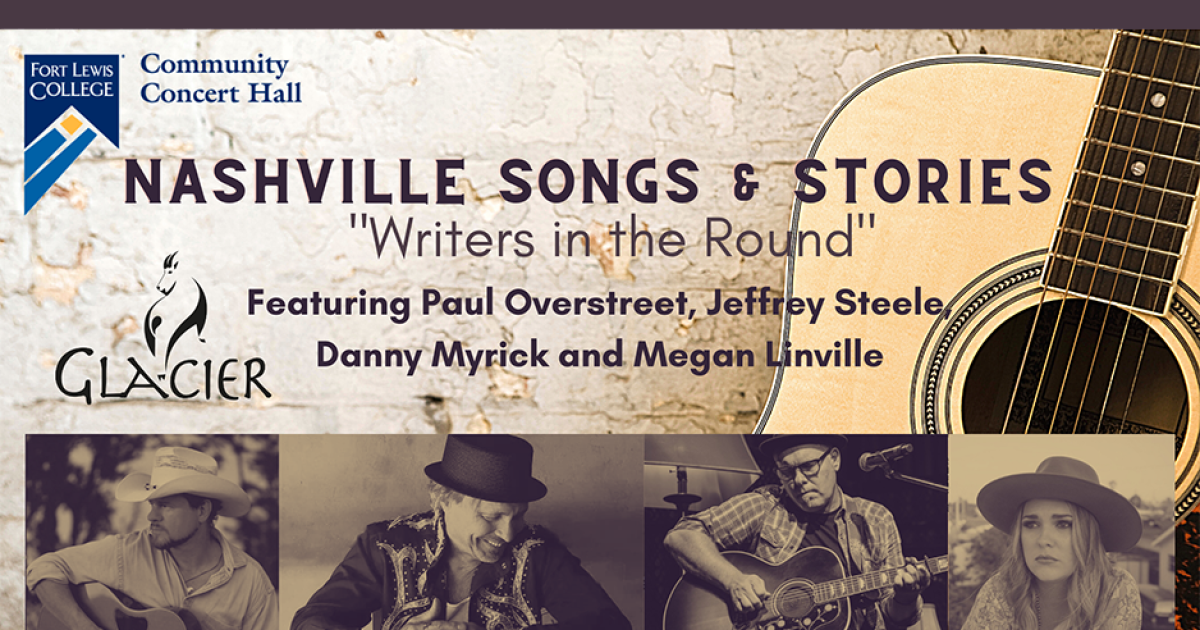 Overstreet wrote and co-wrote 27 of the top ten songs, his first being Same Ole Me by George Jones. Many other artists have recorded his songs, including Randy Travis, Tanya Tucker, Alison Kraus, The Judds and Kenny Chesney. He has also written and recorded many hit songs himself.

Danny Myrick grew up playing, singing and writing for his family gospel group in southern Mississippi and had his first #1 song at age 17. He continued to have songs recorded by a wide range of artists from Montgomery Gentry to Joe. Cocker and celebrated many successes.

Born and raised in Nashville, Megan Linville recorded her first album at the age of 19 with producer John Carter Cash. His self-penned recording of Wrapped Up In Love is the closing credits to Snow Bride, Hallmark Network’s perennial holiday favorite. Linville was featured as one of CMT’s Artist Discoveries and her music video for This Old Town reached number 3 on CMT’s 12-Pack Countdown. She is now the new voice of Blue Bell Ice Cream.

The three songwriters will be joined by fellow songwriter Jeffrey Steele for a performance Saturday night at Fort Lewis College’s Community Concert Hall in partnership with the Glacier Club of Durango. Tickets and information here.