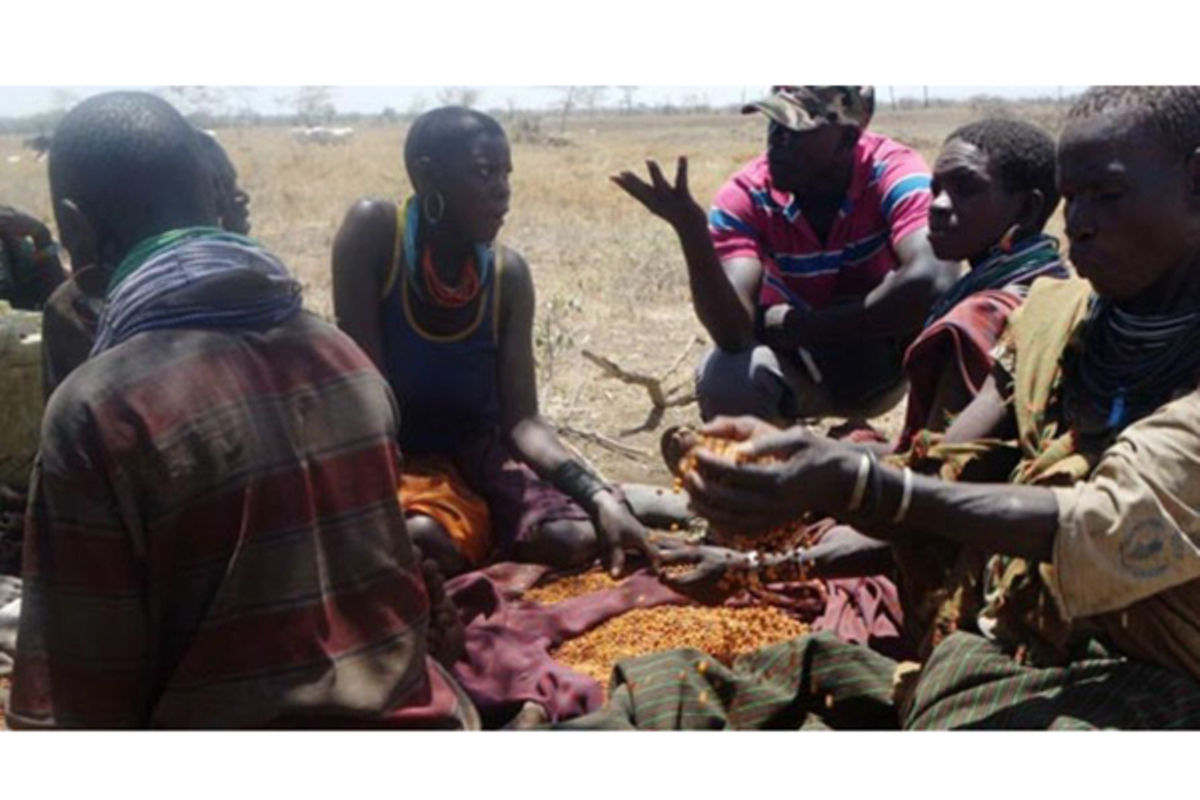 “Four out of 10 Karimojong have no food, only two out of 10 have sufficient stocks to last a month, while three percent will be able to eat for the next 90 days, according to the government,” the government said. Monitor, July 15th.

Although shocking, the news of starvation and resulting death in Karamoja should come as no surprise. Each year, the food security situation is monitored by the United Nations Development Programme, which also makes projections for the following year.

The sub-region has benefited from emergency food aid from the World Food Program (WFP) since 2017. The Ministry of Relief and Disaster Preparedness says more than half a million people are “at risk of food insecurity”.

The 2017 famine had been predicted by the Famine Early Warning Systems Network, but that year the government did not contribute money to the disaster preparedness fund.

That year, the WFP expanded its emergency assistance to become semi-permanent and broaden its mission to cover “extreme poverty, chronic food insecurity and poor access to basic social services” – you could say that the WFP became the government of Karamoja.

Going back further, in 2014, Karamoja’s 1.37 million people were assessed as being at various stages of food insecurity. Eighteen percent of the population was in the crisis phase (IPC phase 3).

An additional 58% were in phase 2, defined as being stressed. Households had exhausted their food stocks by March this year.

What is surprising is that we learned nothing about the governance of Karamoja or Uganda in general. On a technical level, we are as ill-prepared for disasters today as we were for the famines of 2014, 2017, 2020 and 2021.

The floods washed away bridges and closed all-weather and seasonal roads, and Karamoja and other areas were completely cut off.

None of the reasons given for the current famine is new. They have occurred intermittently since before independence; low crop yields following the 2020 locust invasion, prolonged drought, flooding and insecurity allegedly caused by cattle rustlers.

The added complication of Covid-19 has not been addressed with a contingency plan despite a locust forecast system in the area.

In fact, Uganda was indebted to the East African Desert Locust Control Organization and was denied the use of its fighter jets before we allowed the Shs11b subscription.

The locusts were finally dealt with – or at least the solution was paid for – with $48 million borrowed from the World Bank.

In addition to eradicating the locusts, the funds were intended to restore the livelihoods of affected farmers and herders by providing cash transfers.

The logic behind the use of cash transfers to individuals rather than the distribution of dry rations was that the cash minimized the cost, clumsiness and corruption associated with bulk purchasing and distribution of food. Post-Covid, lists of vulnerable people should have been available.

The cash transfers could have boosted the economies of neighboring districts that provide food to famine-stricken areas, namely Elgon, Acholi and Teso which follow Karamoja in the poverty table.

Covid-related cash transfers have been made, although it is unclear to whom. As things stand, in Karamoja the government has reverted to ‘food aid’. Sacks of maize flour and beans are purchased (in surprisingly small quantities) and transported by road from the capital to the region more than 400 km away.

Once there, and with a donation from a political party, they are stored for at least two days in order to settle the administrative details.

In the meantime, people are starving. So far, local government leaders have announced figures for their deaths ranging from 58 to nearly 400. Death counts released during the pandemic were more comprehensive.

Moving on from emergency response, the lasting solution for survival in Karamoja depends on solving the perennial water shortage.

One district leaders requested an above ground rainwater storage tank rather than valley dams which are not suitable for sandy terrain, but they were cancelled.

Rainwater harvesting tanks could be the answer for part of the year, for example during the October 2019 and September 2020 floods when the Namalu Bridge was washed away and Karamoja was cut off from the rest from the country. Hundreds of people were displaced by floods in May last year. Napak, one of the worst affected districts, has 24,000 people without access to clean water at the best of times. Only seven percent of the population have access to rainwater harvesting tanks.

This pattern is repeated throughout the sub-region which is mainly dependent on drilling and springs. Compare this with Isingiro district where 68 percent of the population is served by rainwater harvesting tanks – it can be done. (In Isingiro, there are more people not served than served with drinking water).

During the famine of 2017, this writer reported: “In 2002/2003, 3.86 billion shillings were used to build dams in the valley in the Karamoja region with disastrous results; in many cases, the technical incompetence of three foreign contractors resulted in dams that were unfit for purpose; some were actually washed away when the rains finally came. Many of those left standing have been vandalized due to the lack of security measures. (cadtm.org).

Poverty is also endemic in Karamoja. It is by far the poorest sub-region in Uganda. Sixty percent of the population is poor, followed by Elgon at 43%.

The main economic activity is artisanal gold mining (Ubos). Marble is also abundant. The locals are driven out of mining by commercial miners licensed by the central government.

The central government is entitled by law to 80 percent of the mining royalties, the local government to 17 percent and the community the remaining three percent.

Karimojong royalties are generally not paid because commercial mining companies play the old mining trick of claiming to prospect and not commercially exploit.

This brings us to the biggest unlearned lesson of 35 years of chaos: civic engagement. The presidency and the parliament are not autonomous apparatuses. They are provided by the electorate, who ideally exercise checks and balances on them to ensure good governance. It is the absence of civic engagement that enables endemic corruption and non-performance in service delivery.

The challenges are known, state brutality and the like, but as with Karamoja’s environmental challenges, those who have benefited from education and other privileges are tasked with finding solutions.

In the meantime, when money is available, it is wasted through waste and trivial expenditure. Our rulers spent it to enlarge Parliament, to increase their revenue from the public treasury.

When after that, the Parliamentary Committee decided to increase the already too high salary of the members, there was no House walkout, boycott or other forms of protest.

The grants were accepted and the reason given was that the money was going to be used to “help our people”. The voting public was not helped to understand the opportunity cost of donating a car to each of the 535 members, at a total cost of 1 billion shillings.

During the pandemic, the president demonstrated that every person should be able to survive on 200 grams of posho a day.

Clearly insufficient. The National Unity Platform sent 2.5 tons. These are 12,500 meals. This is enough to provide a single meal for less than half of the 28,000 people in the emergency phase of food insecurity in Karamoja.

It is not the job of politicians to feed the hungry and they must stop trying while wasting national resources.

Few, if any, party supporters held their representatives accountable for this failure.

This is why next year’s floods, droughts and landslides will once again find the government off guard and will likely lead to another famine.