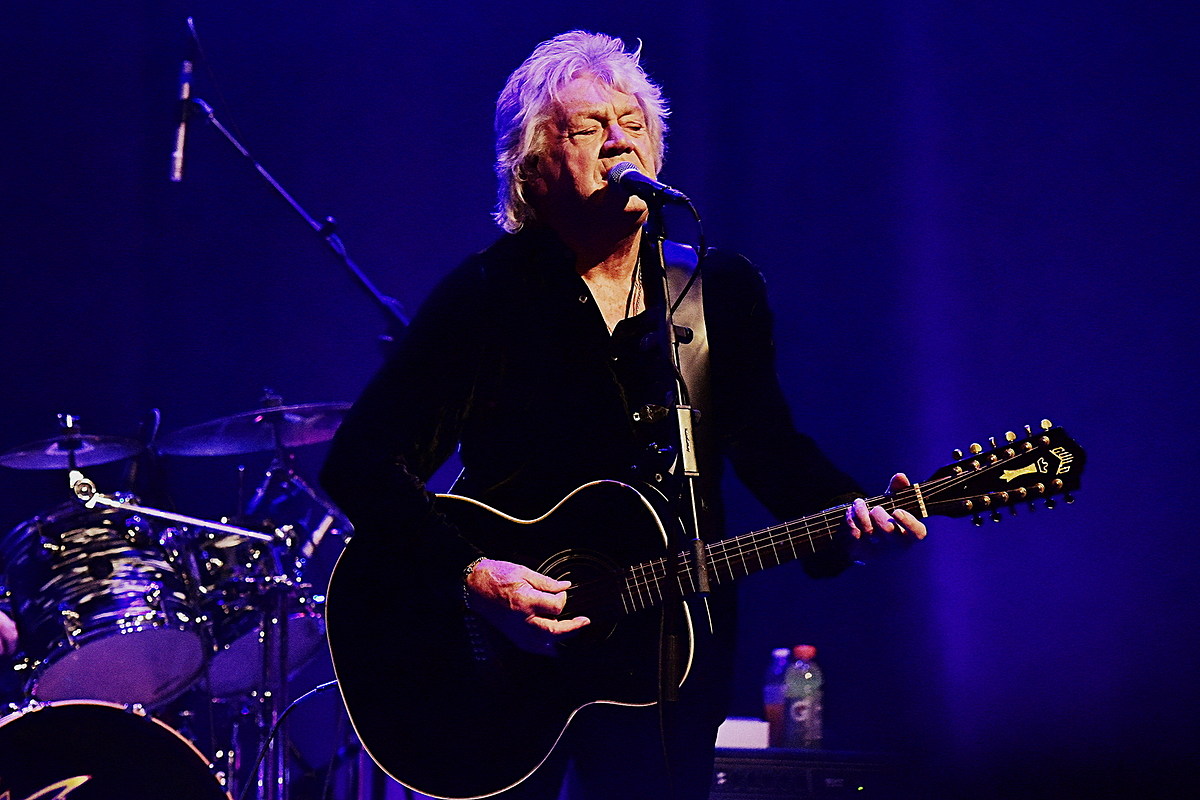 John Lodge has spent more than five decades performing age-old hits and fan favorites of the Moody Blues, in what the singer-bassist calls an “incredible journey.”

But the events of the past few years suggested that their time on stage was drawing to a close. Multi-instrumentalist Ray Thomas passed away in early 2018, then drummer Graeme Edge announced his retirement later that year after the band’s last tour. Sadly, Edge also passed away later.

Lodge and singer-guitarist Justin Hayward have since toured separately, in addition to making solo albums. The Royal Affair and after, a new live album from Lodge, will be released on January 14th. The collection includes many of the Moody Blues’ most beloved songs and deeper tracks performed by Lodge and his band on tour dates in 2019.

Lodge recently delved into the upcoming LP in an exclusive UCR interview. Here are his thoughts on five key avenues. You can watch the full interview on our YouTube channel.

The lyrics are one thing, and the emotion in the space in the arrangement of the song. There is something about the space for me in the song and the emotion that floats through the spaces in this song. There are things going on in the song, we obviously wouldn’t expect the flute solo and it wins out in another space. And then the harmonies, you know, “I love you I love you”, And the harmonies come in, it gets bigger and bigger and bigger – but that’s the space it covers. It’s not like sound; it’s space in your head. I think that’s why everyone is singing along with this part of the song.

If you listen to some of the songs Ray sang alone his voice was amazing. On rock’n’roll songs, Ray’s voice was both energy and vocal harmonies. It was really great. But the best thing about Ray was when he was playing in auditoriums, when we would go on stage sometimes for three hours. Ray would go into a flute solo for “Legend” and you could sit there listening to him for 20 minutes. [Laughs.] Ray was going solo and because I’ve known Ray forever, I know suddenly he’s like, “Oh, I have to get back to the song somewhere!” He does all those triplets and everything else on the flute. He would have to work to come back. We looked and thought, “How is he going to do this? “

We had different musicians in the studio with us [since Blue Jays was a collaborative album recorded with Hayward outside of the group]. When we wrote the songs, [the big difference] This is how you got the different musicians to play them. We [had] a pianist is now playing on the record, which is totally unusual because [Moody Blues bandmate] Mike [Pinder] was truly the master of the Mellotron. He was also a great pianist, by the way. We had someone [else] who was just playing the piano, so it was different. There was a different drummer. We wanted to go back and reintroduce the Days of the future past also feel good, so we used Peter Knight and the orchestra, so it was a very interesting time.

I first played it to Mike Pinder. I said, “Mike, I just wrote this song,” and I played the riff and stuff for him and we started from there. I wanted to [the right] the energy to put the group back together. To be honest at the time, I wasn’t sure if this was the right time to make the album. A lot of things happened during the creation of the album. We were recording at Record Plant and it burned down while we were recording. We managed to get all the tapes back. I think that stimulated me. It was like, “Come on, we’ve got to have some energy behind this [with] whatever is wrong. I also broke my arm. In fact, I recorded the lower part of most of the songs on Octave with a broken arm! I had my arm adjusted so I could put the bass in my hands and play it. So a lot of things have gone wrong. I think he needed that energy to keep going. I wanted to think [how] you are still walking in a slip zone.

I really love to play it. After Octave, Mike decided he didn’t want to hit the road again. So we had to think about what we could do. We set off on the road and returned to the studio, a studio we had built for the Moody Blues. We had never recorded with the Moodys there. Suddenly we are in the studio in London, recording a new record. What should we write about, I wondered? Then I said to myself, “Oh, that’s obvious! For a long time, no, we are on the road again. The original recording of it, the hook was, “turn in the US” and it went from that to “Gemini Dream,” because we realized what the song was about. The song was about who we are personally, not as musicians. Then suddenly, on stage in an arena of 20,000 people, someone else is still the same person. It’s that “Gemini dream” that we all can have, really.